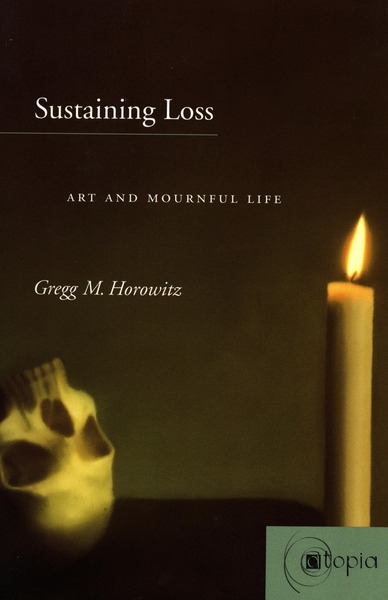 Sustaining Loss explores the uncanny, traumatic weaving together of the living and the dead in art, and the morbid fascination it holds for modern philosophical aesthetics. Beginning with Kant, the author traces how aesthetic theory has been drawn back repeatedly to the moving power of the undead body of the work of art. He locates the most potent expressions of this philosophical compulsion in Hegel's thesis that art is a thing of the past, and in Freud's view that the work of art is the haunting of the present by the endless suffering of what is dead but still has claims over the living.

The book asserts that modern aesthetics holds the key to unlocking the tortured relation of modernity to the past it is perpetually leaving behind. As the capacity to withstand the inescapable force of a past that is dead for us becomes the supreme test for a fully modern, fully secular philosophy, aesthetics moves to the center of philosophical reflection. But, the author argues, this secular philosophical orientation can be sustained only if aesthetic theory remains oriented by intimate contact with modernist works of art.

Sustaining Loss examines not only Kant, Hegel, and Freud, but also the contemporary artists Gerhard Richter and Ilya Kabakov, whose art turns fruitfully against art's own past. To live as a modern, the author asserts, is to live with the dead past that modernist art ceaselessly disgorges. Overall, the book aims to articulate an aesthetic theory suitable to the task of living in a time when, in Flannery O'Connor's words, "The blind don't see and the lame don't walk, and what's dead stays that way."

Gregg M. Horowitz is Associate Professor of Philosophy at Vanderbilt University. He is the co-author (with Tom Huhn and Arthur Danto) of The Wake of Art: Criticism, Philosophy, and the Ends of Taste.