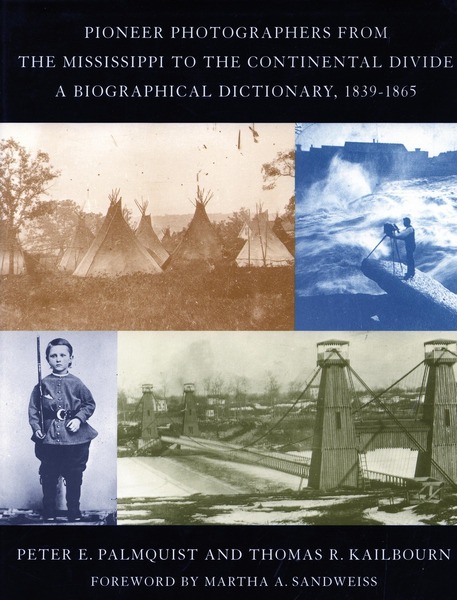 Pioneer Photographers from the Mississippi to the Continental Divide
A Biographical Dictionary, 1839-1865
Peter E. Palmquist and Thomas R. Kailbourn

This biographical dictionary of some 3,000 photographers (and workers in related trades), active in a vast area of North America before 1866, is based on extensive research and enhanced by some 240 illustrations, most of which are published here for the first time.

The territory covered extends from central Canada through Mexico and includes the United States from the Mississippi River west to, but not including, the Rocky Mountain states. Together, this volume and its predecessor, Pioneer Photographers of the Far West: A Biographical Dictionary, 1840-1865, comprise an exhaustive survey of early photographers in North America and Central America, excluding the eastern United States and eastern Canada.

This work is distinguished by the large number of entries, by the appealing narratives that cover both professional and private lives of the subjects, and by the painstaking documentation. It will be an essential reference work for historians, libraries, and museums, as well as for collectors of and dealers in early American photography.

In addition to photographers, the book includes photographic printers, retouchers, and colorists, and manufacturers and sellers of photographic apparatus and stock. Because creators of moving panoramas and optical amusements such as dioramas and magic lantern performances often fashioned their works after photographs, the people behind those exhibitions are also discussed.

Peter E. Palmquist was a researcher and author or editor of some fifty books and monographs before his death in 2003. Thomas R. Kailbourn is an independent researcher and writer.

"The volume is lavishly illustrated with many photographs and line drawings. Historians of the Plains and the Rockies will find this work an interesting look into the social history of the area."

"Exceeding the utility of a desktop reference, this boo provides a sweeping, personalized history of an emerging profession."

—The Annals of Iowa 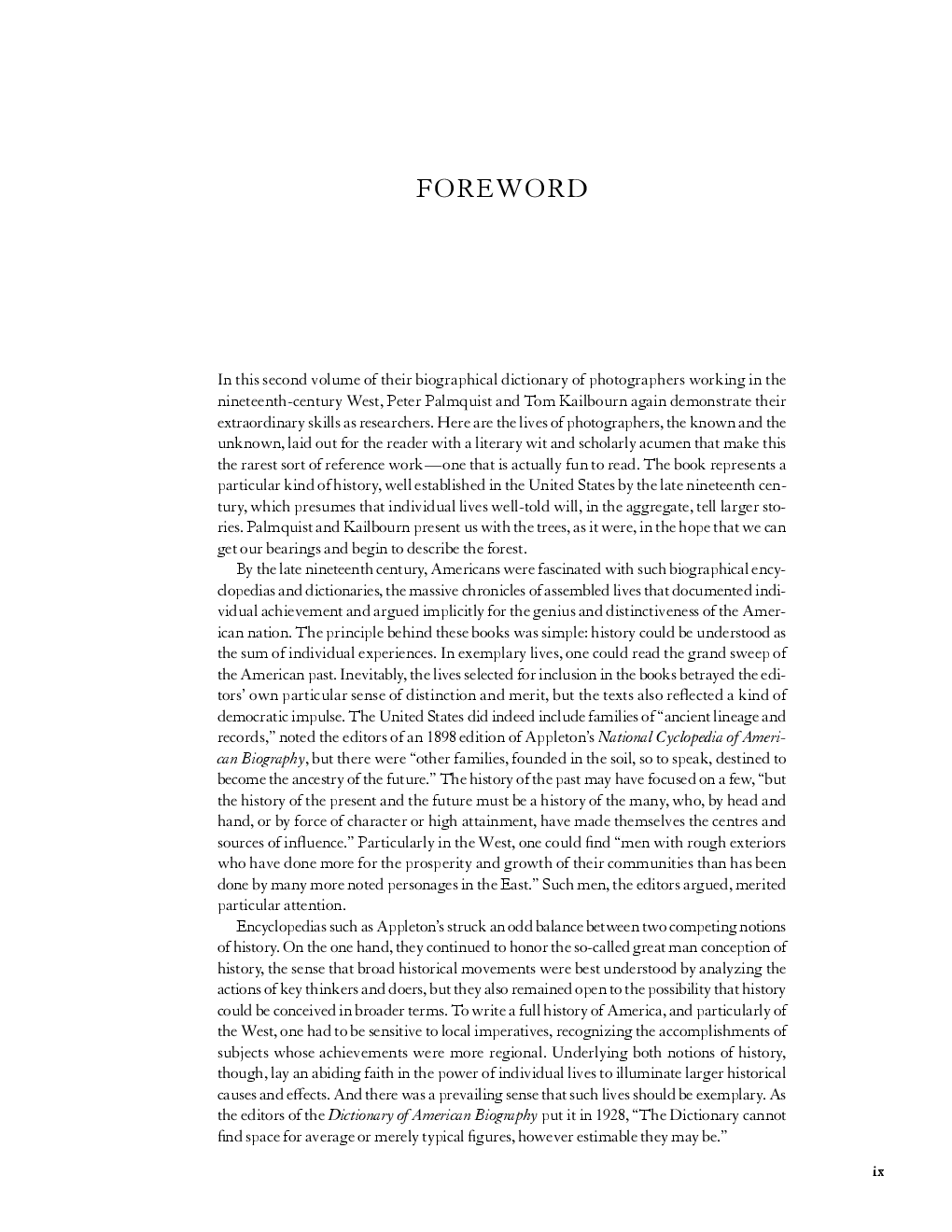 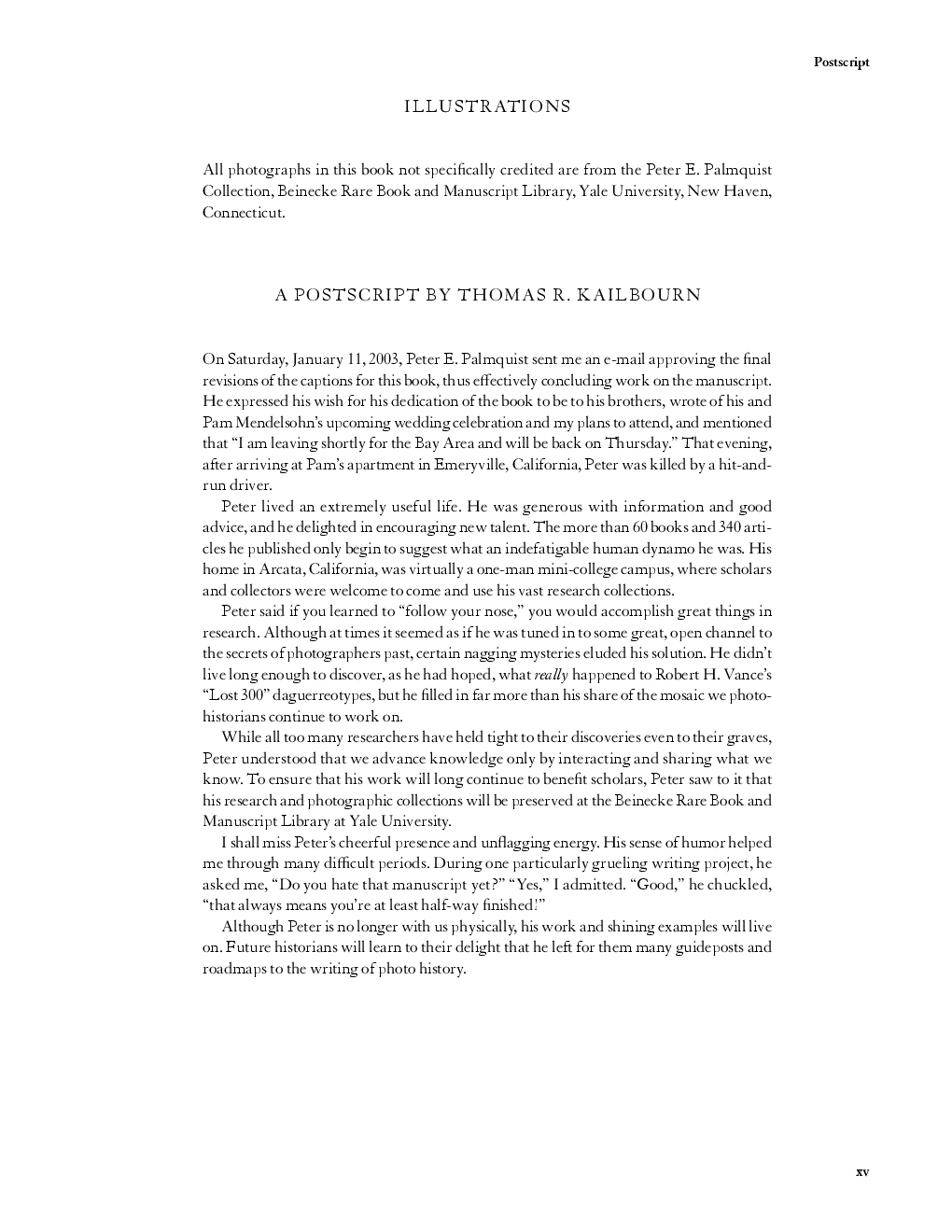 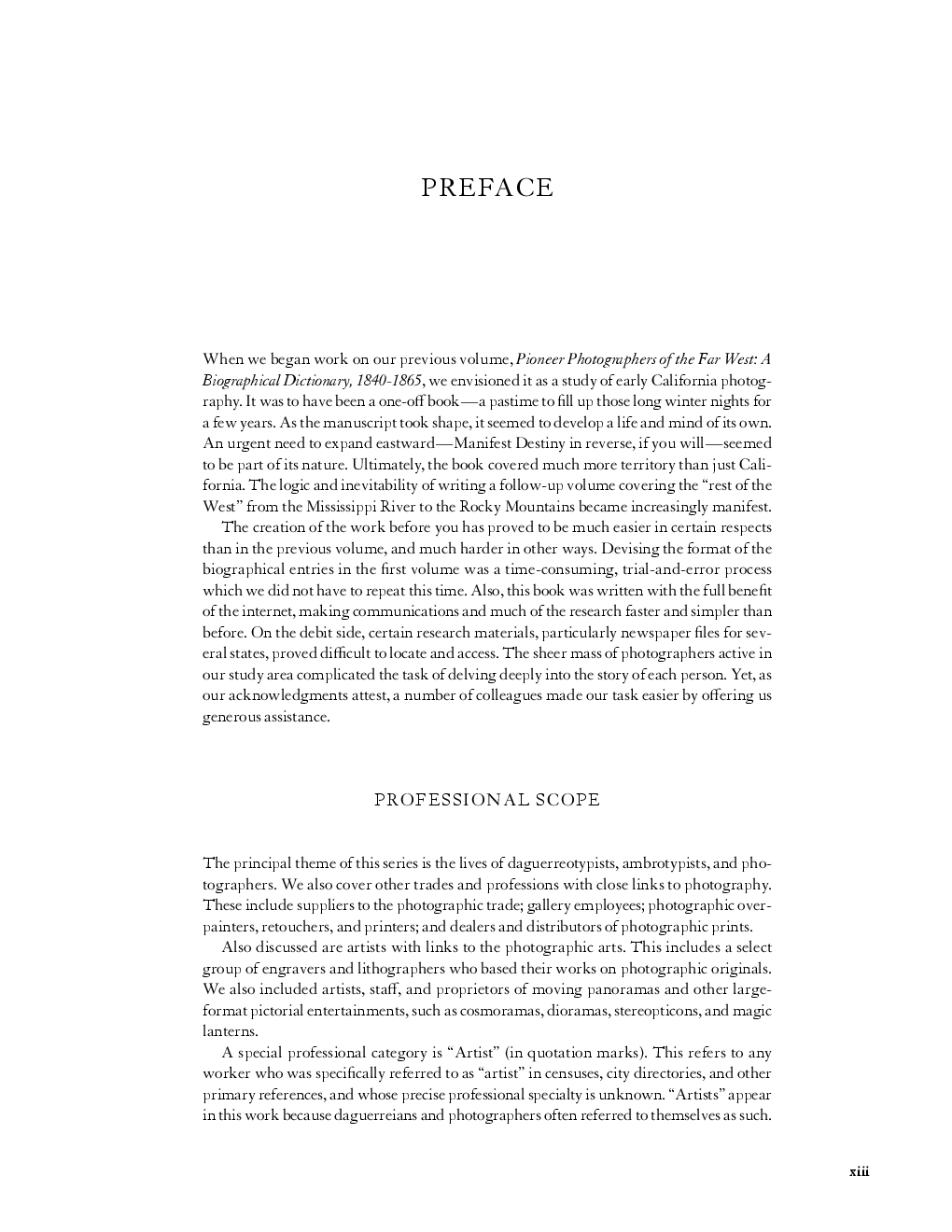