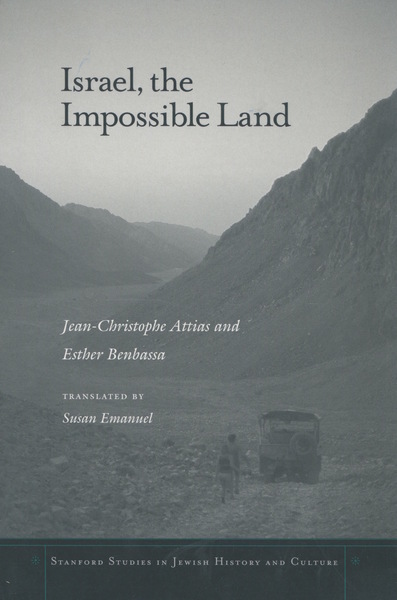 What has the land of Israel meant for the Jewish imagination? This book provides a lively and readable answer, covering Biblical times to the present. Its aim is to pierce the mystery of the images of Israel, to grasp their meaning and function, to trace their origins and history, and to resituate in historical terms the fertile mythology that has peopled and continues to people the Jewish imagination, interposing a screen between a people and their land. Describing the real, however, is not sufficient to disqualify the myths. The authors believe, with the famous French historian Pierre Vidal-Naquet, that: “Things are not so simple. Myth is not opposed to the real as the false to the true; myth accompanies the real.”

Today, Israel is an undeniable fact and no longer has to legitimize its existence. It is in the midst of living through the crises of adulthood. The authors simply want to reconstitute and trace the genealogies of these contemporary crises. Only upon a clear understanding of this present and this past can a future be constructed.

Professor Jean-Christophe Attias holds the chair of the History of Rabbinic Culture at the École Pratique des Hautes Études, Sorbonne. Professor Esther Benbassa holds the chair of Modern Jewish History at the École Pratique des Hautes Études, Sorbonne. Her books translated into English are: Haim Nahum: A Sephardic Chief Rabbi in Politics (1995); The Jews of France: A History from Antiquity to the Present (1999); and, with Aron Rodrigue, A Sephardi Life in Southeastern Europe (1998) and Sephardi Jewry: A History of the Judeo-Spanish Community, 14th-20th Centuries (2000).

“Jean-Christophe Attias and Esther Benbassa have written an elegant and erudite book demonstrating the complex relationship to the land of Israel throughout Jewish history.”—American Historical Review