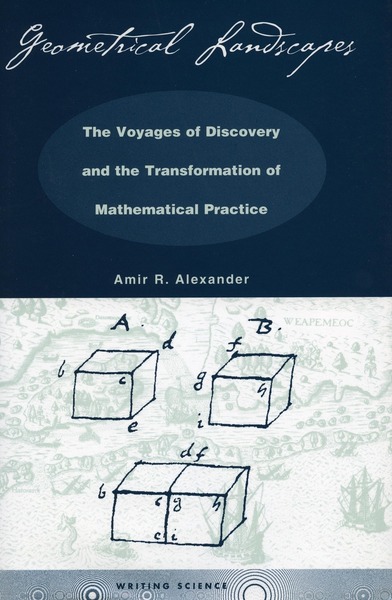 This challenging book argues that a new way of speaking of mathematics and describing it emerged at the end of the sixteenth century. Leading mathematicians like Hariot, Stevin, Galileo, and Cavalieri began referring to their field in terms drawn from the exploration accounts of Columbus and Magellan. As enterprising explorers in search of treasures of knowledge, these mathematicians described themselves as sailing the treacherous seas of mathematics, facing shipwreck on the shoals of paradox, and seeking shelter and refuge on the shores of geometrical demonstrations. Mathematics, formerly praised for its logic, clarity, and inescapable truths, was for them a hazardous voyage in inhospitable geometrical lands.

Significantly, many of the same practitioners who promoted the vision of mathematics as heroic exploration also played central roles in developing the most important mathematical innovation of the period—the infinitesimal methods. This was no coincidence: the heroic tales of exploration and discovery helped shape a new form of mathematical practice, complete with new questions, new acceptable answers, and new standards of evidence. It was this new vision of mathematics as a grand adventure that allowed for the development of the new techniques that led to the Newtonian calculus.

In demonstrating this, the book moves from real voyages to imaginary ones, from the coasts of the Canadian Arctic to the tropical forests of Guyana, and from the inner structure of matter to the intricacies of the mathematical continuum. Throughout, a common rhetoric and imagery of exploration and discovery run like a thread through these diverse elements and bind them together.

Amir Alexander has taught history, philosophy, and the history of Science at Stanford University and the University of California, Los Angeles.

“This is one of the most important books to appear in the history of early modern science. Moving into an uncharted field, namely mathematics and the turn toward infinitesimals, Alexander develops a controversial argument—and that is a tribute to its originality. This is a work of singular importance that will be discussed for years to come.”—Margaret C. Jacob, University of California, Los Angeles

“A short review cannot do justice to this exceptional, seminal work. Through meticulous interpretation of the writings of mainly English authors from the age of discovery, Alexander develops a new and illuminating perspective on the maritime, mathematical, and scientific explorations of that age...An invaluable work.”—CHOICE