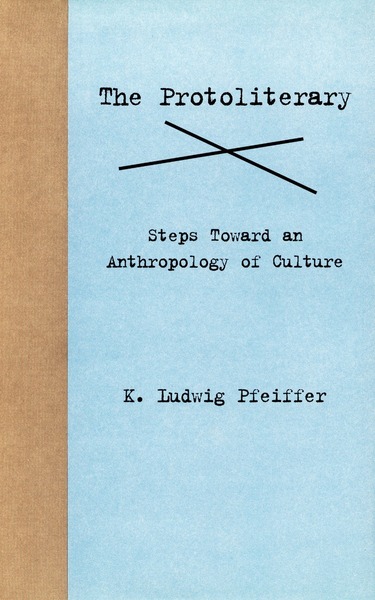 This is a broad-ranging and ambitious attempt to rethink aesthetic and literary studies in terms of an “anthropology” of symbolic media generally. Central to the author’s argument is the proposition that the idea of literature—at least as it has been understood in the West since the eighteenth century—as the paradigm for artistic experience is both limited and limiting. In its place, the author offers a more general theory of aesthetic experience appropriate to a wide range of media (in the term’s broadest sense) and geared toward performativity and bodily experience.

The author develops the idea of the “protoliterary” as a cultural-aesthetic discourse prior to and external to the “literary” as traditionally conceived in Western aesthetics. Manifestations of the protoliterary tend to occur within forms of multimedia theatricalization in which suggestive images of the body loom large. The appeal of the protoliterary lies in its ability to function on both cognitive and somatic levels, thereby neutralizing such distinctions as self/society and reality/fiction.

The author’s argument is indebted to John Dewey’s belief in a basic human need for aesthetic experience, a need that can be met in a variety of ways, from tattoos and scarification, through sports, parades, and cosmetics, to literature, opera, and film. From this basis the book theorizes a history of the development of separate, hierarchical arts in the West while suggesting that independent histories of single arts and artistic experience are no longer desirable or even possible. Although the genesis of particular forms of media are inextricably linked to specific historical, sociological, and technological conditions, their potential functions and effects are not tied to those conditions, nor should they be.

K. Ludwig Pfeiffer is Professor of English and Comparative Literature at the University of Siegen. He is the co-editor, with Hans Ulrich Gumbrecht, of Materialities of Communication (Stanford, 1994). 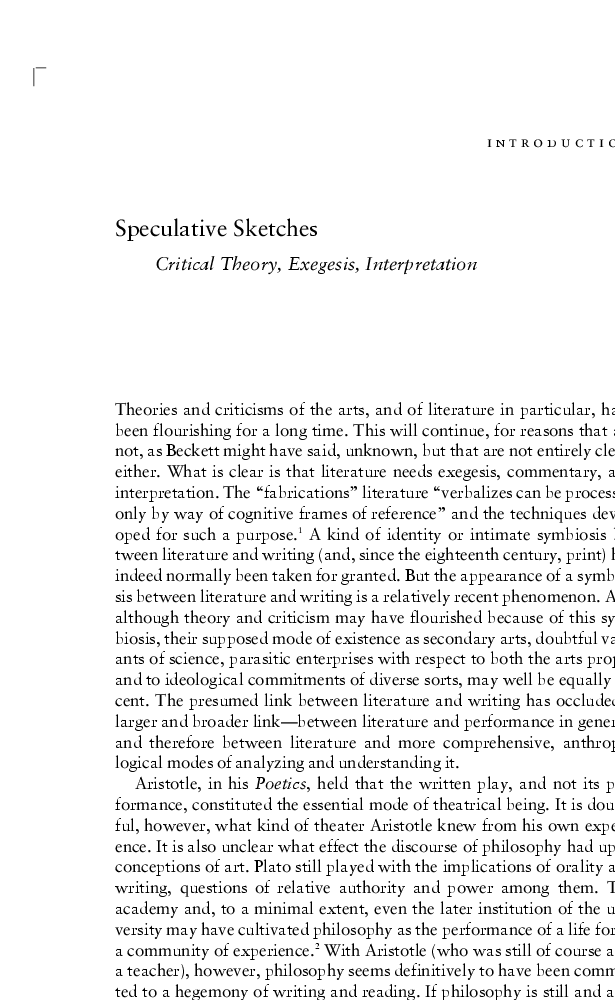 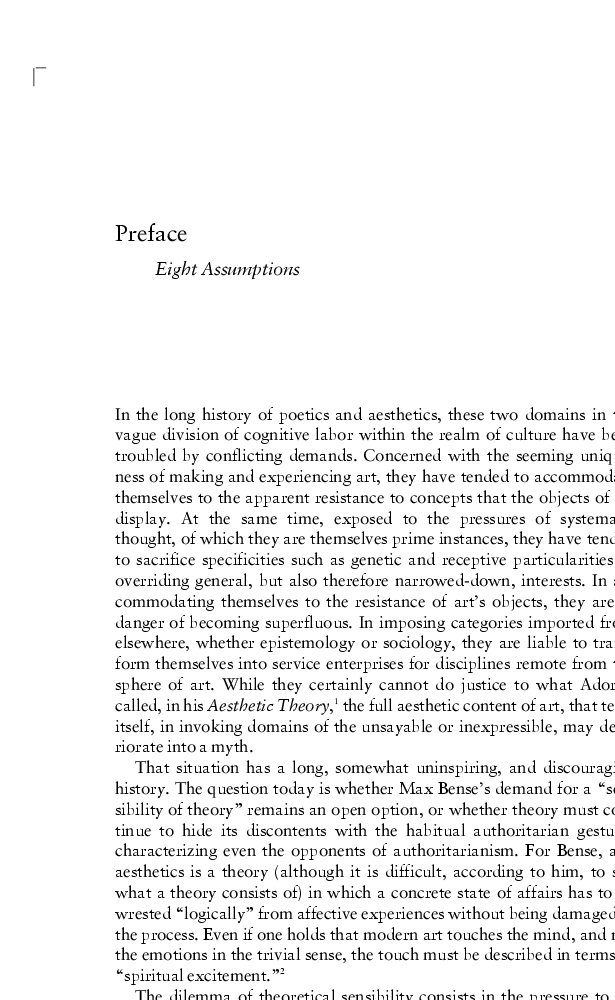 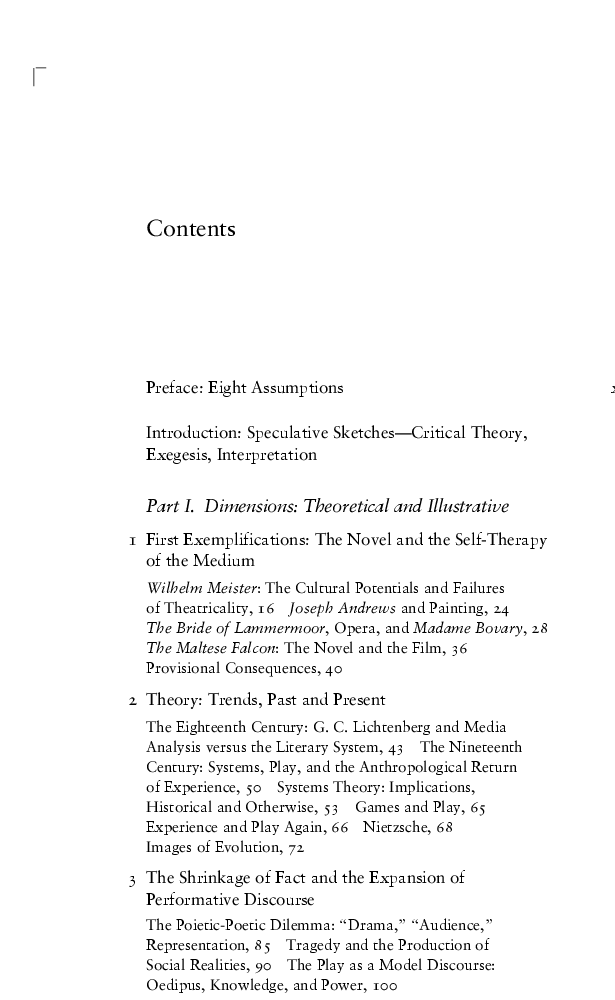