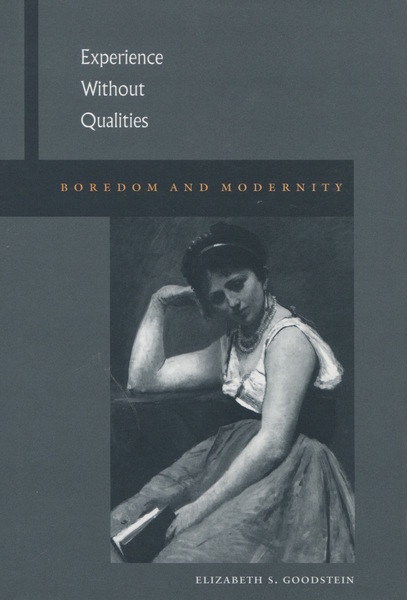 Winner of the 2004 First Book Prize, sponsored by the Modern Language Association of America.

Winner of the 2006 GSA/DAAD Book Prize, sponsored by the German Studies Association.

Although boredom appears to be a perennial feature of the human condition, it is linked to ways of experiencing time and thinking about human existence that are recognizably modern. By tracing the emergence and evolution of the modern discourse on boredom in French and German literary, philosophical, and sociological texts, Experience Without Qualities makes a contribution to the intellectual and cultural history of European modernity. In interpreting that discourse as the reflection of a specifically modern crisis of meaning, it contributes to the theorization of modernity and modern experience. And in bringing these historical and theoretical dimensions into conversation, it develops analytic strategies that are of broader application in interdisciplinary inquiry—for the methodological problems that arise in thinking about boredom as a phenomenon of both philosophical and more broadly cultural significance illuminate the constraints that confront any attempt to reflect historically on subjective experience in modernity.

Elizabeth S. Goodstein is Professor in the Graduate Institute of the Liberal Arts at Emory University

"Elizabeth Goodstein's remarkable new book operates at a number of levels, each of them fascinating in its own right....[T]his is a thoroughly engaging study of a fascinating theme, which broadens out to give us access, and sometimes answers, to some of the major questions of modernity." 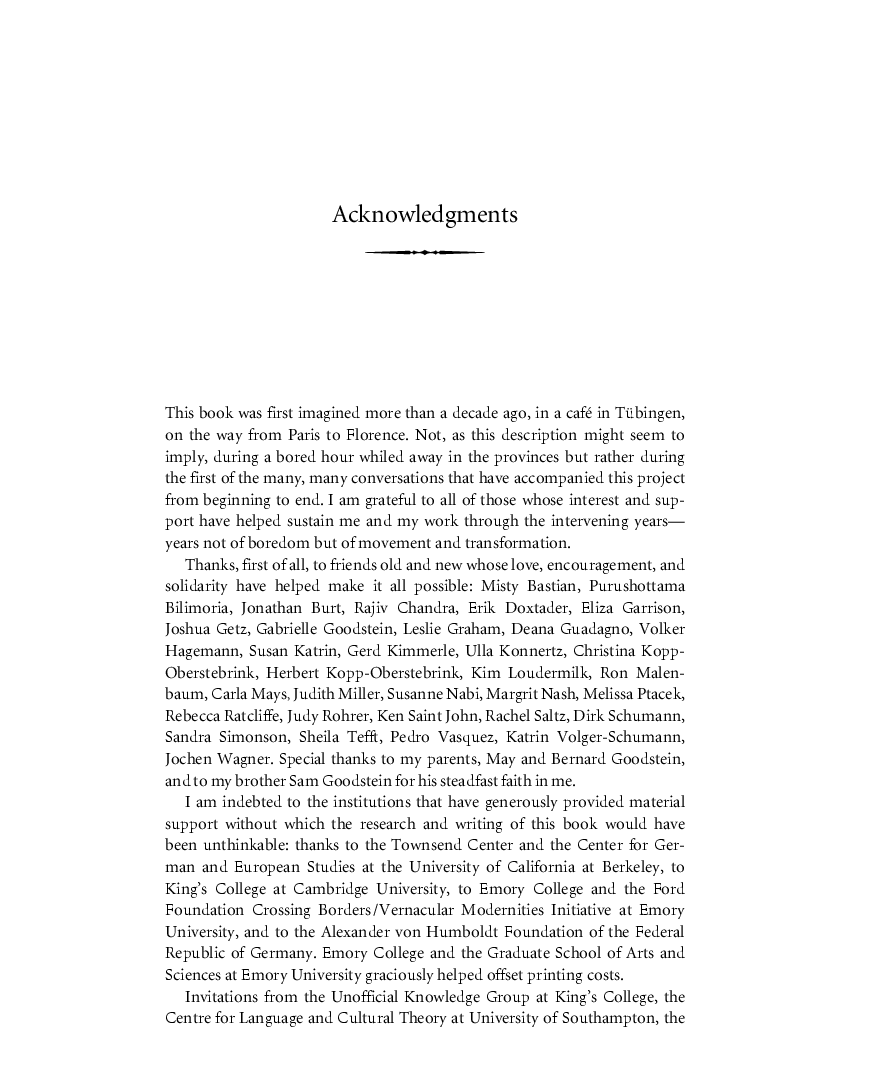 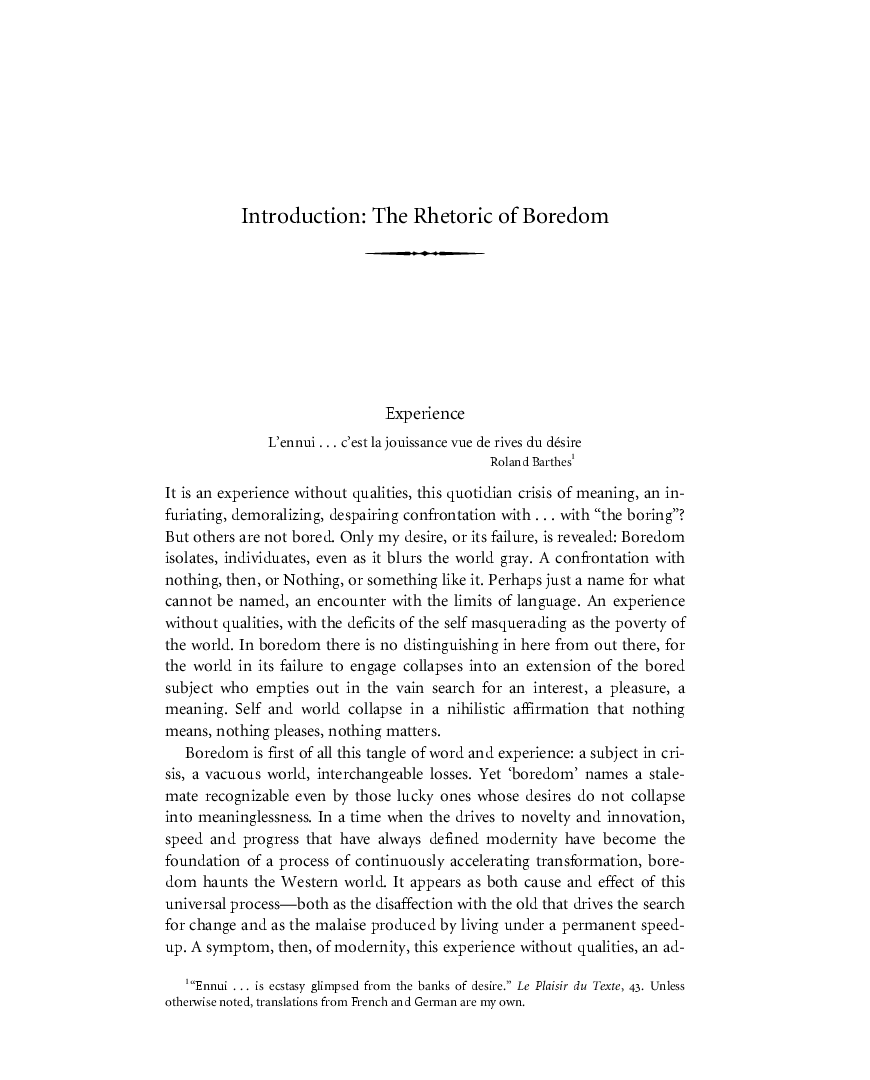