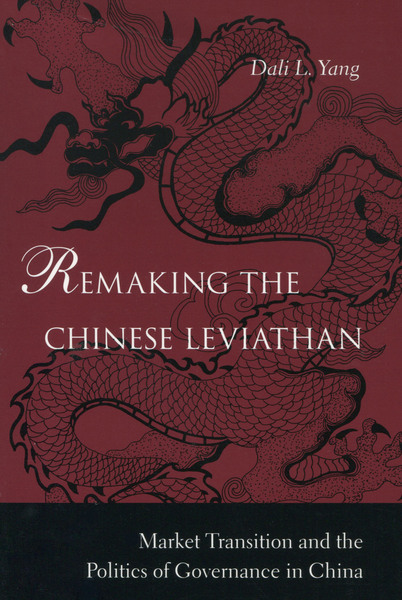 Remaking the Chinese Leviathan
Market Transition and the Politics of Governance in China
Dali L. Yang

In this provocative, important study, Dali L. Yang examines a wide range of governance reforms in the People’s Republic of China, including administrative rationalization, divestiture of businesses operated by the military, and the building of anticorruption mechanisms. The author also analyzes how China’s leaders have reformed existing institutions and constructed new ones to cope with unruly markets, curb corrupt practices, and bring about a regulated economic order.

Though still a work in progress, Yang arugues, taken together these reforms have improved the institutional environment for economic development and altered the landscape for China’s ongoing struggle against rampant corruption. These measures are also likely to have important implications for the exercise of governmental authority and for China’s future political development. As China’s role on the world stage expands, the way the State conducts itself assumes increasing importance not just for those concerned about the welfare of the Chinese people but also for those interested in China’s role in regional and world affairs.

Dali L. Yang is Professor and Chair in the Department of Political Science at the University of Chicago. He is also the author of Calamity and Reform in China (Stanford University Press, 1996).

"This book gives readers an optimistic view of political development and the state's capacity to adapt to and steer new challenges in China, and what this implies for future development in China. It substantially furthers our understanding of the changes and transformations developing within the Chinese bureaucracy."

"Readers will profit from the fine-grained analysis in this significant, carefully researched monograph."

"In what is the most comprehensive review of Chinese bureaucratic reform in any language to date, Yang details a blizzard of laws and regulations that have been adopted since the mid-1990s . . . "

"Dali Yangs new book is a stimulating work that challenges many of the received views on governance and politics in China. . . . It is a major contribution to the study of the Chinese political system."

"Yangs volume provides the most detailed and comprehensive account of the Chinese states transition from an incoherent mix of rival corrupt agencies held loosely together by the CCP to an increasingly integrated central state apparatus. Remaking the Chinese Leviathan moves the China field forward by engaging in a multidimensional analysis of Chinas state-building efforts over the past decade....In summary, Yangs volume is both informative and challenging."

"...Yang Dali has produced a pioneering overview of the changing parameters of the central state as it shoulders the new and important functions of regulating a fledgling market..." 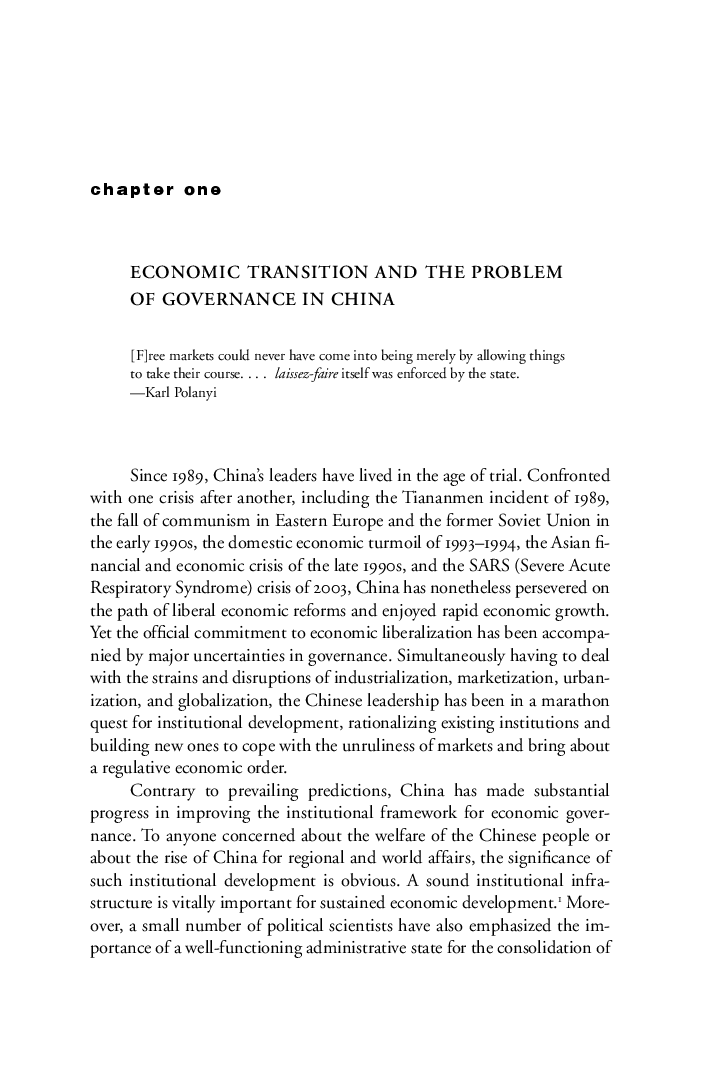