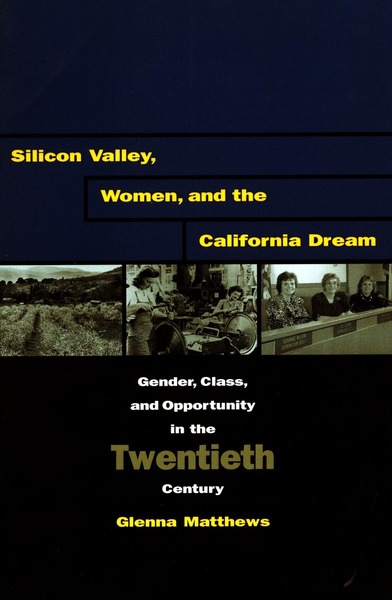 What accounts for the growing income inequalities in Silicon Valley, despite huge technological and economic strides? Why have the once-powerful labor unions declined in their influence? How are increasing waves of immigration and ethnic diversity changing the workplace in the Valley? Silicon Valley, Women, and the California Dream examines these questions from a fresh perspective: that provided by the history of women in Silicon Valley in the twentieth century.

Silicon Valley is internationally renowned. It is less well known, however, that the Valley once contained the world's largest concentration of fruit-processing plants, set in a sea of fruit orchards. Despite the many differences between the fruit and electronics industries, one important thread connects them: the production workers have been preponderantly immigrant women. (In the early part of the twentieth century, the newcomers came primarily from southern Europe; in the latter part of the century, they came mostly from Asia and Latin America, especially Mexico.) The author examines both industries, both work forces, and the changing nature of the local power structure. Although she documents the many sources of vitality and ferment that have undergirded the region's economic might, she also demonstrates that its wealth has not been equally distributed.

Regional Development, University of California, Berkeley. She is the author

of Just a Housewife:The Rise and Fall of Domesticity in America (Oxford, 1987)

(Oxford, 1992). The author of five books in all and numerous articles,

the San Francisco Public Library, and served as the principal

consultant for an award-winning documentary about the historian Angie Debo.

"This highly original work is important for the way that it examines succeeding generations of women in a single location, and draws parallels and connections from one generation and type of work to another. In addition, it is an important source of information and analysis for both the geographic region it explores and for the industries it analyzes."

"Matthews has added an indispensable contribution to the growing list of books about California's Silicon Valley. Her historical analysis of the area's development provides valuable context for understanding the valley's more recent social, economic, and demographic changes. And, by casting a focus on women in local society, Matthews has added a dimension mostly ignored by other authors. This is a must read for anyone interested in the origins and recent history of Silicon Valley."

"For too many working women the promise of Silicon Valley has proven to be an illusion. Despite the rhetoric of the 'new' economy, gender-based wage discrimination and other 'old' inequities still persist. By exploding the myths surrounding the high-tech industry, Glenna Matthews sends a powerful message that while some women are lucky enough to be living their 'California Dream' the vast majority struggle just to earn a living."

"There have been other books about Silicon Valley, but none with this multihistorical focus and concentration on the work of women."

"It is thoroughly researched, well written, and compelling."

"Matthew's comparison and contrast of the fruit industry and high-tech worlds over the twentieth century in the Silicon Valley makes a significant contribution to history in the feminist labour and economic history traditions."