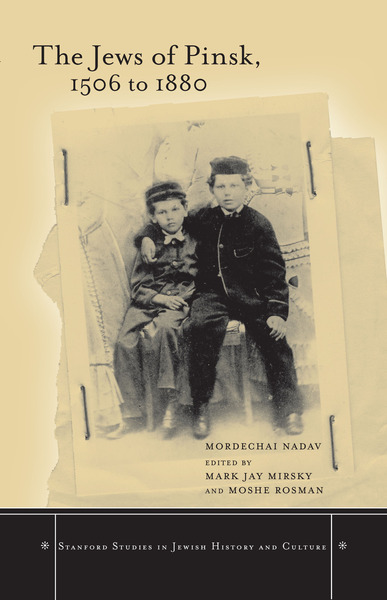 The Jews of Pinsk, 1506 to 1880
Mordechai Nadav, Edited by Mark Mirsky and Moshe Rosman
SERIES: Stanford Studies in Jewish History and Culture

The Jews of Pinsk, 1506-1880 is the first part of a major scholarly project about a small city in Eastern Europe where Jews were a majority of the population from the end of the eighteenth century. Pinsk boasted both traditional rabbinic scholars and famous Hasidic figures, and over time became an international trade emporium, a center of the Jewish Enlightenment, a cradle of Zionism and the Jewish Labor movement, and a place where Orthodoxy struggled vigorously with modernity.

The two volumes of Pinsk history were originally part of a literature created by Jews who survived the Holocaust and were determined to keep in memory a vital world that flourished for half a millennium. In this case, the results are extraordinary: no town of Eastern Europe has been described in such fascinating detail, invaluable to Jewish and non-Jewish historians alike.

Mordechai Nadav is a leading Israeli scholar of Eastern European Jewry. His Hebrew version of this volume was published in 1973. Mark Mirsky is Professor of English at the City College of New York and Editor of the literary magazine, Fiction. Moshe Rosman is Professor of Jewish History at Bar Ilan University, Israel. His books include Founder of Hasidism (1996 in English, 1999 in Hebrew), winner of The National Jewish Book Award (1996) and of The Shazar Prize for Best Book in Jewish History (2000).

"The Jews of Pinsk goes beyond typical memorial books, offering a useful account of the founding and development of a significant eastern European Jewish community while simultaneously exploring the details of Jewish communal life .... this book will provide a fine reference source for students and instructors seeking a human gateway into a way of life that no longer exists."

"The Jews of Pinsk is a treasury of the four-hundred year history and culture of one of Eastern Europe's most important Jewish communities. Here is everything: communal organization, economics, legal status, religion and education, geography and topography, taxation and expenditures, hospitals, synagogues, and benevolent societies, as well as individual leaders and rabbis. It is also a smoothly readable book, reflecting the novelist's hand that went into the editing. The novelist's hand is also present in the unusual foreword, where you reflect on your personal connection with the town through the story of your father, a son of Pinsk, and where you recount your efforts to recover the memory of Pinsk from the few who remain to tell the tale."

"Long recognized in its original Hebrew edition as a superb study of Russian Jewish urban life, this account seeks to commemorate a Jewish community obliterated by the Nazis by describing it as a living, vibrant, complex entity. Nadav's first-rate book is well served by an outstanding translation produced by a leading historian of East European Jewry. This study provides readers with a vivid, full account of how Jew's constructed and ran their organizations, how they negotiated with government, how they built their economic lives, what they read, what they wrote—in short, a fascinating, crucial glimpse of the day-to-day tapestry of life in an important Russian Jewish community."

"This massive volume, the record of a complex and living (before its murder) civilization But because history was intterrupted, and cut off and cut out and entirely severed, The Jews of Pinsk, 1506-1880 becomes a sort of museum, and its editors, curators. But what loving, scholarly, feeling curators!"

"...The author, editors, and publishers of this research are to be commended for having brought the living history of one of Eastern Europe's most important centers of Jewish settlement to the English-speaking world. The book's all-embracing historical, sociological and demographical scope allows us to learn how Jews lived, prayed, fought, built and preserved among strangers, often under difficult and dangerous conditions."

"The author, the translators and the publisher are to be applauded." 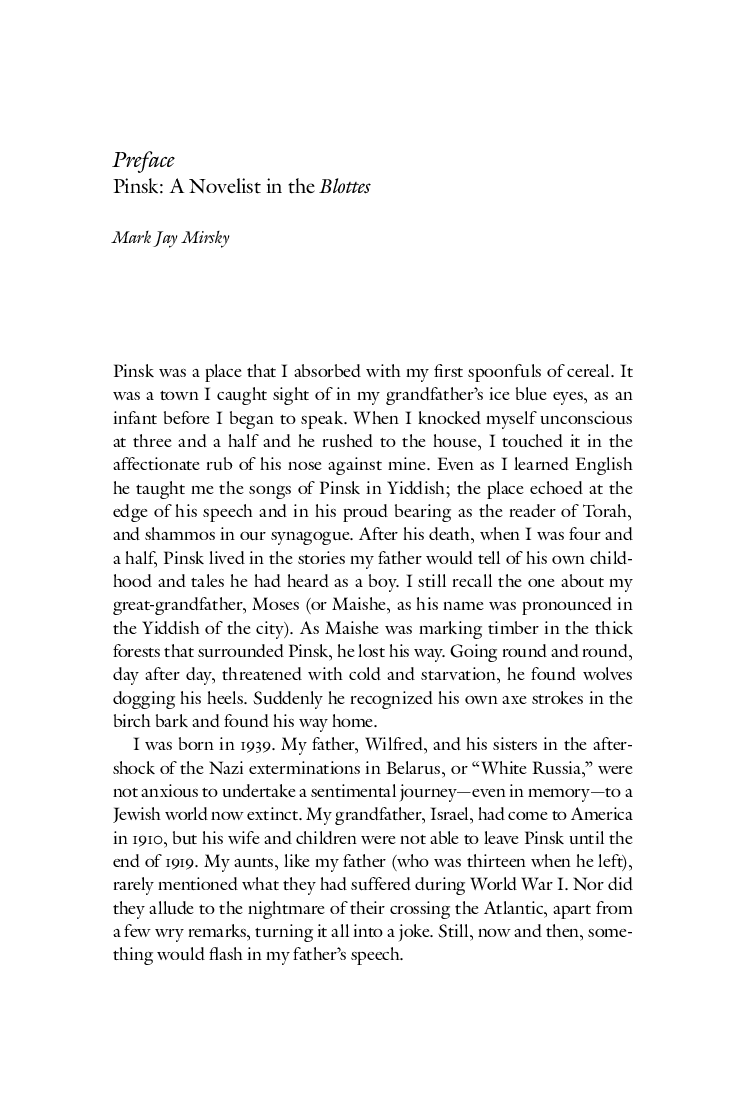 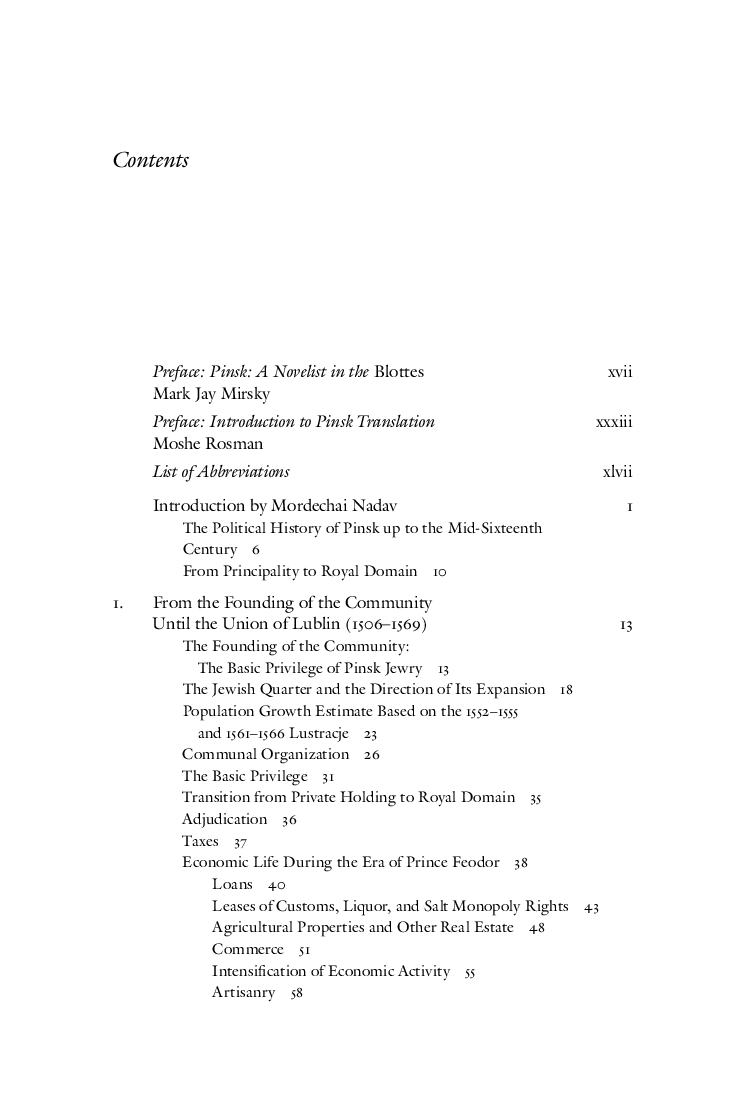