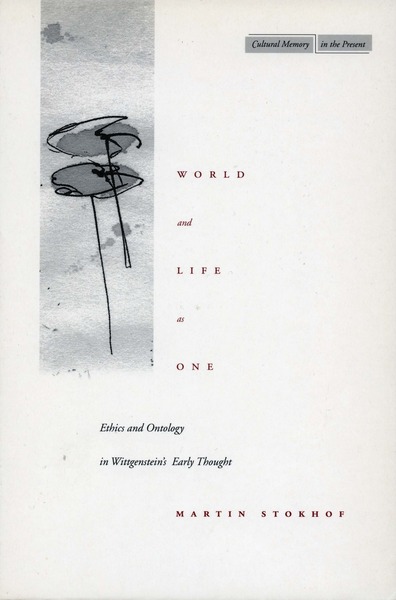 World and Life as One
Ethics and Ontology in Wittgenstein’s Early Thought
Martin Stokhof
SERIES: Cultural Memory in the Present

This book explores in detail the relation between ontology and ethics in the early work of Ludwig Wittgenstein, notably the Tractatus Logico-Philosophicus and, to a lesser extent, the Notebooks 1914-1916. Self-contained and requiring no prior knowledge of Wittgenstein's thought, it is the first book-length argument that his views on ethics decisively shaped his ontological and semantic thought.

The book's main thesis is twofold. It argues that the ontological theory of the Tractatus is fundamentally dependent on its logical and linguistic doctrines: the tractarian world is the world as it appears in language and thought. It also maintains that this interpretation of the ontology of the Tractatus can be argued for not only on systematic grounds, but also via the contents of the ethical theory that it offers. Wittgenstein's views on ethics presuppose that language and thought are but one way in which we interact with reality.

Although detailed studies of Wittgenstein's ontology and ethics exist, this book is the first thorough investigation of the relationship between them. As an introduction to Wittgenstein, it sheds new light on an important aspect of his early thought.

"This is an outstanding book. Owing to its broad and balanced scope, I know of no better book on the Tractatus. It is unique in covering in depth both the ontological-technical aspects and the ethical parts of that work."