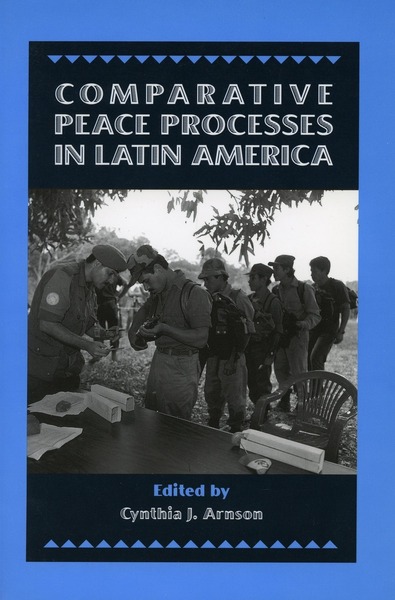 This book is about ending guerrilla conflicts in Latin America through political means. It is about peace processes, aimed at securing an end to military hostilities in the context of agreements that touch on some of the principal political, economic, social, and ethnic imbalances that led to conflict in the first place.

The book presents a carefully structured comparative analysis of six Latin American countries—Nicaragua, El Salvador, Guatemala, Mexico, Colombia, and Peru—which experienced guerrilla warfare that outlasted the end of the Cold War. The book explores in detail the unique constellation of national and international events that allowed some wars to end in negotiated settlement, one to end in virtual defeat of the insurgents, and the others to rage on.

The aim of the book is to identify the variables that contribute to the success or failure of a peace dialogue. Though the individual case studies deal with dynamics that have allowed for or impeded successful negotiations, the contributors also examine comparatively such recurrent dilemmas as securing justice for victims of human rights abuses, reforming the military and police forces, and reconstructing the domestic economy.

Serving as a bridge between the distinct literatures on democratization in Latin America and on conflict resolution, the book underscores the reciprocal influences that peace processes and democratic transition have on each other, and the ways democratic “space” is created and political participation enhanced by means of a peace dialogue with insurgent forces.

The case studies—by country and issue specialists from Latin America, the United States, and Europe—are augmented by commentaries of senior practitioners most directly involved in peace negotiations, including United Nations officials, former peace advisers, and activists from civil society.

Cynthia J. Arnson is Senior Program Associate of the Latin American Program at the Woodrow Wilson Center, Washington, D.C. She is the author, most recently, of Crossroads: Congress, the President, and Central America, 1976-1993.

"Editor Arnson and 19 collaborators. . . assess the factors that contribute to a nation-state's capacity to reconstruct a functioning and more democratic society after that society has been riven by internal armed conflict. . . The volume has a high degree of internal consistency among the case studies, and Arnson provides both a clear introduction and an insightful conclusion. Recommended."

"This is a valuable collection, well organized and professionally edited."

"There is, in short, a great deal in this book that will be of interest. It will be a useful addition to the all-too-small literature on successful peace processes, as well as offering new comparative insights to the literature on the countries concerned."