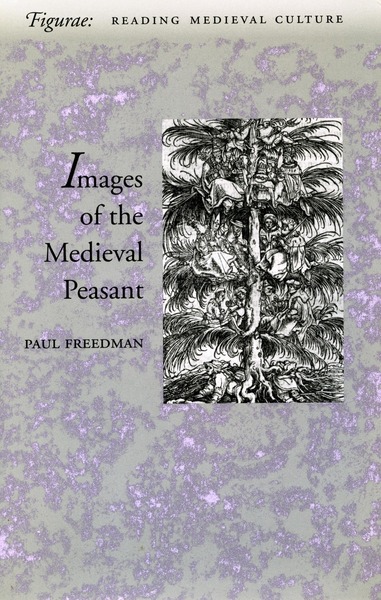 Winner of the 2000 Eugene M. Kayden Book Award, sponsored by the University of Colorado at Boulder.

Winner of the 2001 Otto Gründler Prize, sponsored by the International Congress on Medieval Studies.

The medieval clergy, aristocracy, and commercial classes tended to regard peasants as objects of contempt and derision. In religious writings, satires, sermons, chronicles, and artistic representations peasants often appeared as dirty, foolish, dishonest, even as subhuman or bestial. Their lowliness was commonly regarded as a natural corollary of the drudgery of their agricultural toil.

Yet, at the same time, the peasantry was not viewed as “other” in the manner of other condemned groups, such as Jews, lepers, Muslims, or the imagined “monstrous races” of the East. Several crucial characteristics of the peasantry rendered it less clearly alien from the elite perspective: peasants were not a minority, their work in the fields nourished all other social orders, and, most important, they were Christians. In other respects, peasants could be regarded as meritorious by virtue of their simple life, productive work, and unjust suffering at the hands of their exploitive social superiors. Their unrewarded sacrifice and piety were also sometimes thought to place them closest to God and more likely to win salvation.

This book examines these conflicting images of peasants from the post-Carolingian period to the German Peasants’ War. It relates the representation of peasants to debates about how society should be organized (specifically, to how human equality at Creation led to subordination), how slavery and serfdom could be assailed or defended, and how peasants themselves structured and justified their demands.

Though it was argued that peasants were legitimately subjugated by reason of nature or some primordial curse (such as that of Noah against his son Ham), there was also considerable unease about how the exploitation of those who were not completely alien—who were, after all, Christians—could be explained. Laments over peasant suffering as expressed in the literature might have a stylized quality, but this book shows how they were appropriated and shaped by peasants themselves, especially in the large-scale rebellions that characterized the late Middle Ages.

Paul Freedman is Professor of History at Yale University and the author, most recently, of Church, Law, and Society in Catalonia, 900-1500.

"Freedman's command of material drawn from all over Europe is impressive and anyone interested in the medieval or early modern German peasantry will profit greatly from reading this book."