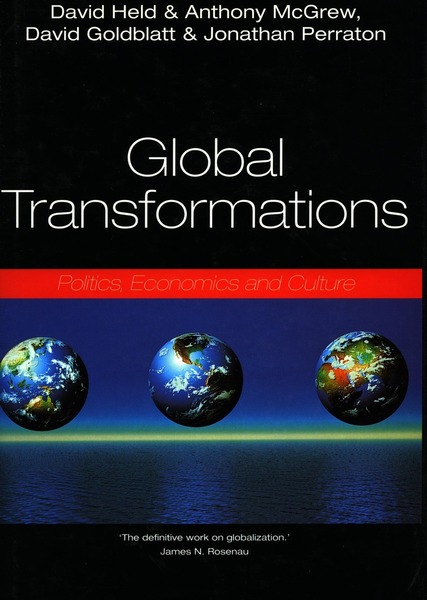 In this book, the authors set forth a new model of globalization that lays claims to supersede existing models, and then use this model to assess the way the processes of globalization have operated in different historic periods in respect to political organization, military globalization, trade, finance, corporate productivity, migration, culture, and the environment. Each of these topics is covered in a chapter which contrasts the contemporary nature of globalization with that of earlier epochs.

In mapping the shape and political consequences of globalization, the authors concentrate on six states in advanced capitalist societies (SIACS): the United States, the United Kingdom, Sweden, France, Germany, and Japan. For comparative purposes, other states—particularly those with developing economics—are referred to and discussed where relevant. The book concludes by systematically describing and assessing contemporary globalization, and appraising the implications of globalization for the sovereignty and autonomy of SIACS. It also confronts directly the political fatalism that surrounds much discussion of globalization with a normative agenda that elaborates the possibilities for democratizing and civilizing the unfolding global transformation.

"This book is a superb and extraordinary accomplishment, one that is destined to become the definitive work on globalization for a long time to come. It is both a succinct summary of a vast field and a creative synthesis . . . so fully coherent as to break new ground in remarkably imaginative and disciplined ways."

"The best study yet on globalization. The authors provide a sensible conceptual framework to gauge the great social, economic, political, and technological forces that are reshaping global relationships."

"Unlike many books, this one treats globalization as a contested academic space and the site of empirical verification."