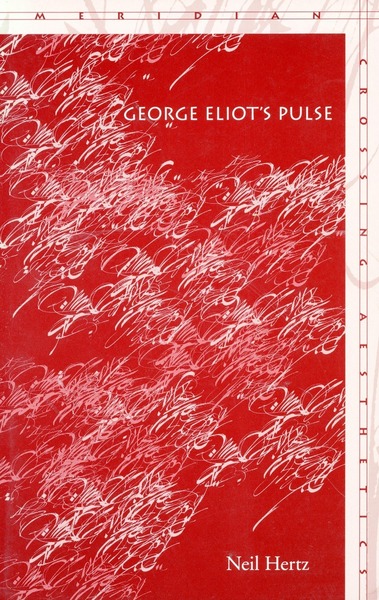 Ranging over all George Eliot's fiction and drawing as well on her letters, essays, and translations, in this book the distinguished critic Neil Hertz documents Eliot's lifelong questioning of the nature of authorship and of what it might mean, in the language of one of her early letters, for her "not simply to be, but to utter."

Pursuing oddities of diction and figuration, of plotting and characterization, Hertz finds everywhere in Eliot's works passages of high mimetic realism that ask to be read as allegories of writing or as characters whose actions and destinies can only be understood if they are seen as disguised surrogates of their author. Each essay begins with an intriguing or problematic bit of language, then moves about within a particular work of fiction or criss-cross to other writings of Eliot's as well as to works by philosophers, psychoanalysts, and literary theorists.

Neil Hertz is Professor of Humanities and English at Johns Hopkins University. He is the author of The End of the Line: Essays on Psychoanalysis and the Sublime.