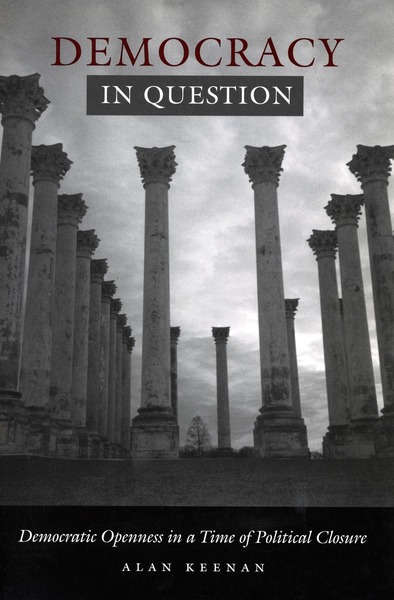 This book explores the theoretical paradoxes and practical dilemmas that flow from the still radical idea that in a democracy it is the people who rule, and argues that accepting the open and uncertain character of democratic politics can lead to more sustainable and widespread forms of democratic engagement.

The author engages theorists from a range of democratic thought—Rousseau, Arendt, Benhabib, Sandel, Laclau, and Mouffe—to show how each either ignores or downplays the difficulties that democratic principles pose. Though there can be no entirely valid solution to the paradoxes that plague democracy, the author nonetheless argues that democratic politics—particularly under contemporary conditions of social fragmentation and insecurity—urgently requires new practical and rhetorical strategies. The book concludes by addressing the American context, elaborating the need for a language of democratic engagement less ensnared in the anti-political logic of moralism and resentment that now characterizes the American political spectrum.

Alan Keenan is a Mellon Postdoctoral Fellow in Peace and Conflict Studies at Bryn Mawr College, where he teaches classes in the Political Science department. He spent most of the preceding three years in Sri Lanka conducting research on the politics of human rights and the role of local civil society organizations in peace and conflict dynamics. He received his PhD in political theory from Johns Hopkins University and has taught at various institutions across the country. He is currently working on a book manuscript tentatively entitled "Between the Devil and the Deep Blue Sea: On the Politics of Human Rights and Civil Society Building in Sri Lanka."