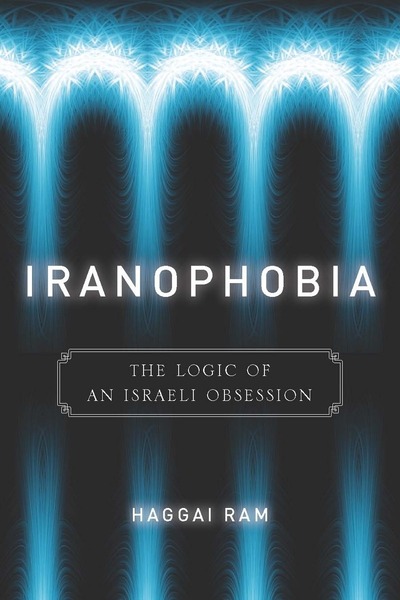 Iranophobia
The Logic of an Israeli Obsession
Haggai Ram
SERIES: Stanford Studies in Middle Eastern and Islamic Societies and Cultures

Israel and Iran invariably are portrayed as sworn enemies, engaged in an unending conflict with potentially apocalyptic implications.Iranophobia offers an innovative and provocative new reading of this conflict. Concerned foremost with how Israelis perceive Iran, the author steps back from all-too-common geopolitical analyses to show that this conflict is as much a product of shared cultural trajectories and entangled histories as it is one of strategic concerns and political differences.

Haggai Ram, an Israeli scholar, explores prevalent Israeli assumptions about Iran to look at how these assumptions have, in turn, reflected and shaped Jewish Israeli identity. Drawing on diverse political, cultural, and academic sources, he concludes that anti-Iran phobias in the Israeli public sphere are largely projections of perceived domestic threats to the prevailing Israeli ethnocratic order. At the same time, he examines these phobias in relation to the Jewish state's use of violence in the Palestinian territories and Lebanon in the post-9/11 world.

In the end, Ram demonstrates that the conflict between Israel and Iran may not be as essential and polarized as common knowledge assumes. Israeli anti-Iran phobias are derived equally from domestic anxieties about the Jewish state's ethnic and religious identities and from exaggerated and displaced strategic concerns in the era of the "war on terrorism."

Haggai Ram is a Senior Lecturer in the Department of Middle East Studies at Ben Gurion University of the Negev, Israel. His publications include Reading Iran in Israel (2006, published in Hebrew) and Myth and Mobilization in Revolutionary Iran (1994).

"...Iranophobia presents an innovative approach to studying Israeli-Iranian relations and should be seriously engaged with by anyone interested in the cultural foundations of this relationship."

"Iranophobia is a recommended read for anyone trying to get a greater understanding of today's middle eastern conflict."

"Ram (Middle East studies, Ben Gurion U. of the Negev, Israel) presents a critical history of changing Israeli perceptions of Iran before and after the 1979 Islamic Revolution. He argues that, while some Israeli anxiety about Iran has derived from legitimate strategic concerns, much of it is derived from Israel's domestic crisis of modernity since the late 1970s. This crisis has involved a perception that Iran and Israel are similar states entwined by common trends and phenomena, a perception that has led to a displaced 'moral panic' among the Israeli media, the public, and agents of social control."

"Ram boldly challenges conventional assumptions about Iran and works to debunk Israeli and Western myths. First and foremost a study of Israeli culture through discussions about Iran, this utterly brilliant work reveals how Israeli anxieties about Iran are related to domestic social hierarchies, constructs, and politics in Israel."

"Someone with equal courage and imagination needs to do for Islamophobia in Europe and the United States what Haggai Ram has done so admirably for Iranophobia in Israel. Iranophobia: The Logic of an Israeli Obsession is a groundbreaking study of the constitution of the Enemy as a reflective sign of innate anxiety in those who do the constituting. Ram has written by far the most insightful book about current Israel and the social-psychology of its own fearful fantasies, while at the same time laying the theoretical groundwork of a much more ambitious project on dangerous delusions that obsess people and obscure reality. This is an indispensible piece of scholarship for anyone interested in the current tug of war between the Islamic Republic and the Jewish state, and even more so for those concerned for the fate of millions of human beings trapped inside gory allegories they weave around themselves." 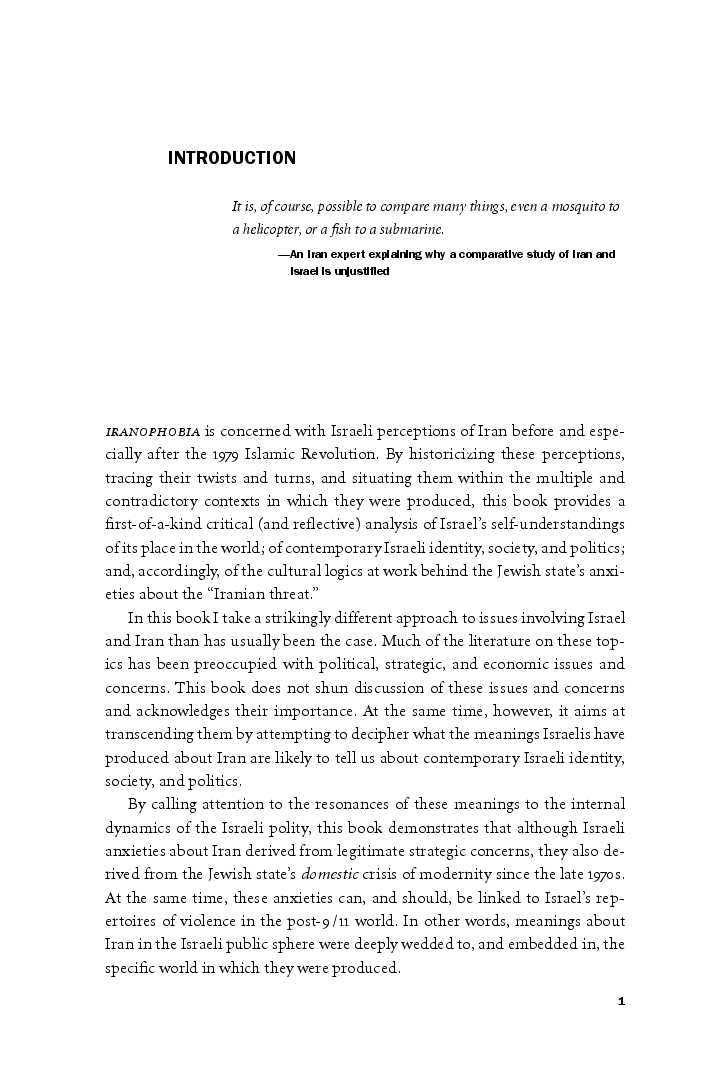 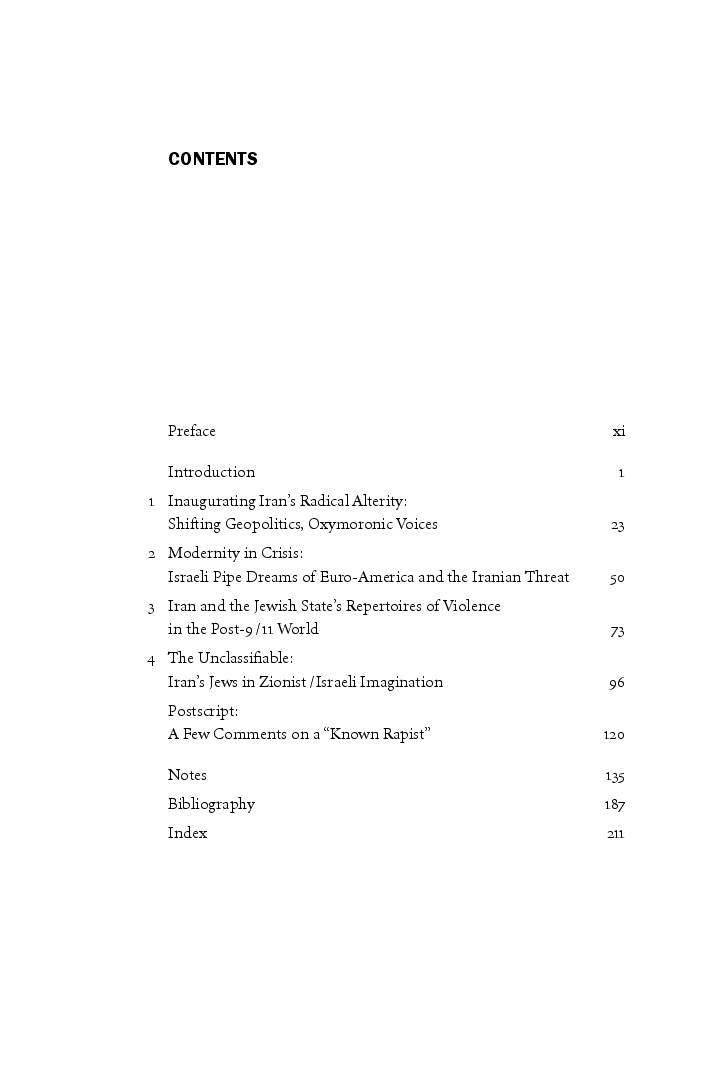