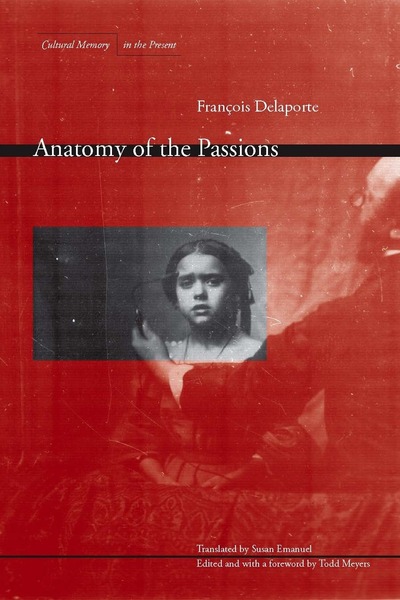 Anatomy of the Passions
François Delaporte, Translated by Susan Emanuel, Edited and with a foreword by Todd Meyers
SERIES: Cultural Memory in the Present

The study of facial expression and its musculature undertaken by Guillaume-Benjamin Duchenne de Boulogne in 1862, an attempt to secure biological meaning in the natural language of the emotions, resulted in the pioneering Méchanisme du physiognomie humaine. Duchenne, who used photography to document his experiments, inspired Charles Darwin's Expression of the Emotions in Man and Animals (1872) and had a significant influence on artists (his teachings were incorporated into the curriculum of the École Normale Supérieur des Beaux Arts). Through Duchenne, François Delaporte provides a remarkable philosophical and historical examination of expressive physiology during the mid-nineteenth century and considers the science of emotion as a means of revealing inner life upon the surface of the face. The central concern of Anatomy of the Passions is how techniques of studying facial musculature became a point of contact between existing and novel understandings of the body's expressive anatomy. Delaporte shows that Duchenne entirely reordered the knowledge and limits of expressive physiology in science and art. The face became a site where the signs of inner life are silently revealed, not yet betrayed by speech, but brought forth by reflexive physiology or by technical manipulation.

François Delaporte is Professor of Philosophy at Université de Picardie Jules-Verne in Amiens, France. His publications include Nature's Second Kingdom (1982), The History of Yellow Fever (1991), and Disease and Civilization (1986).

"This remarkable book is exemplary of what the history of science can do for cultural and social history." 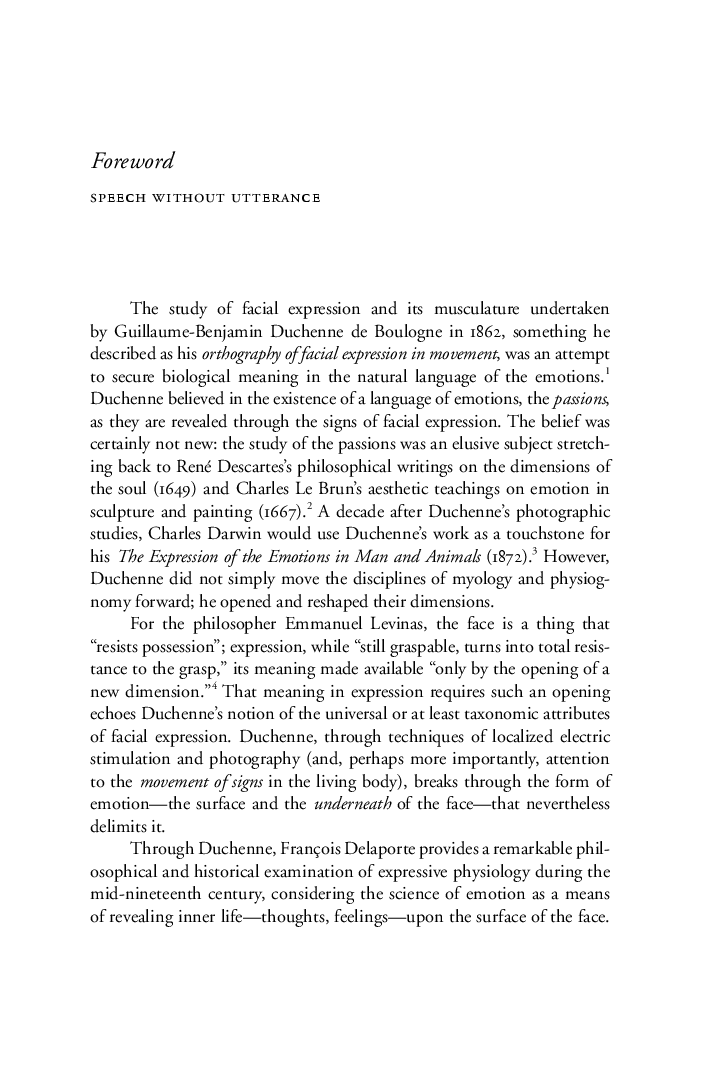 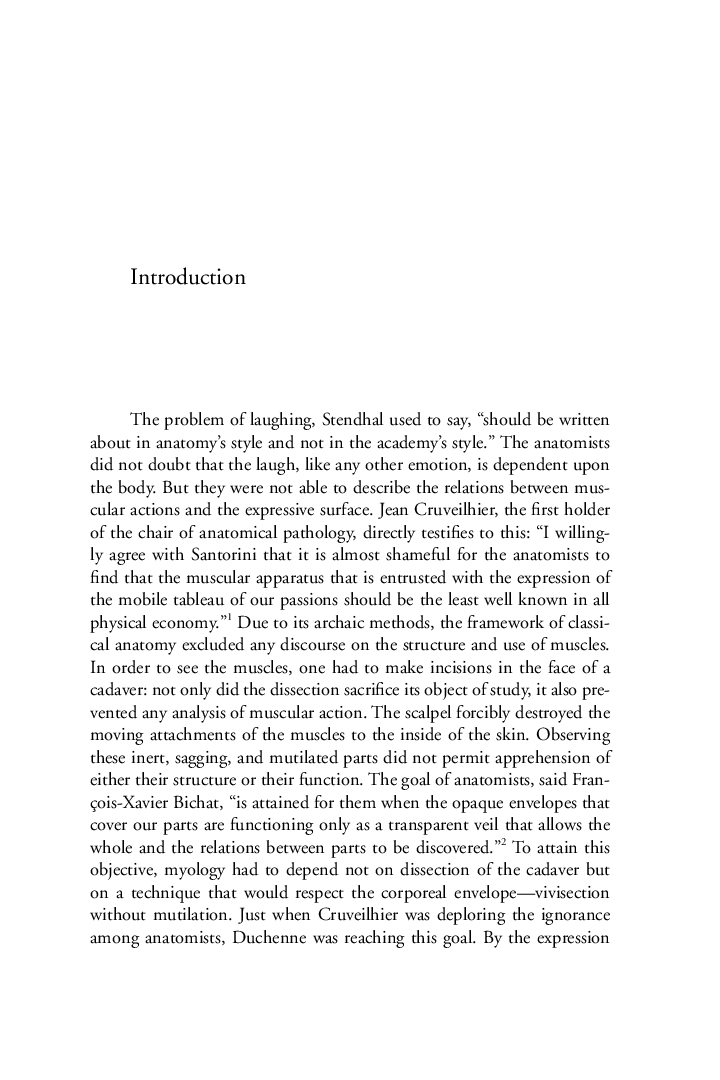 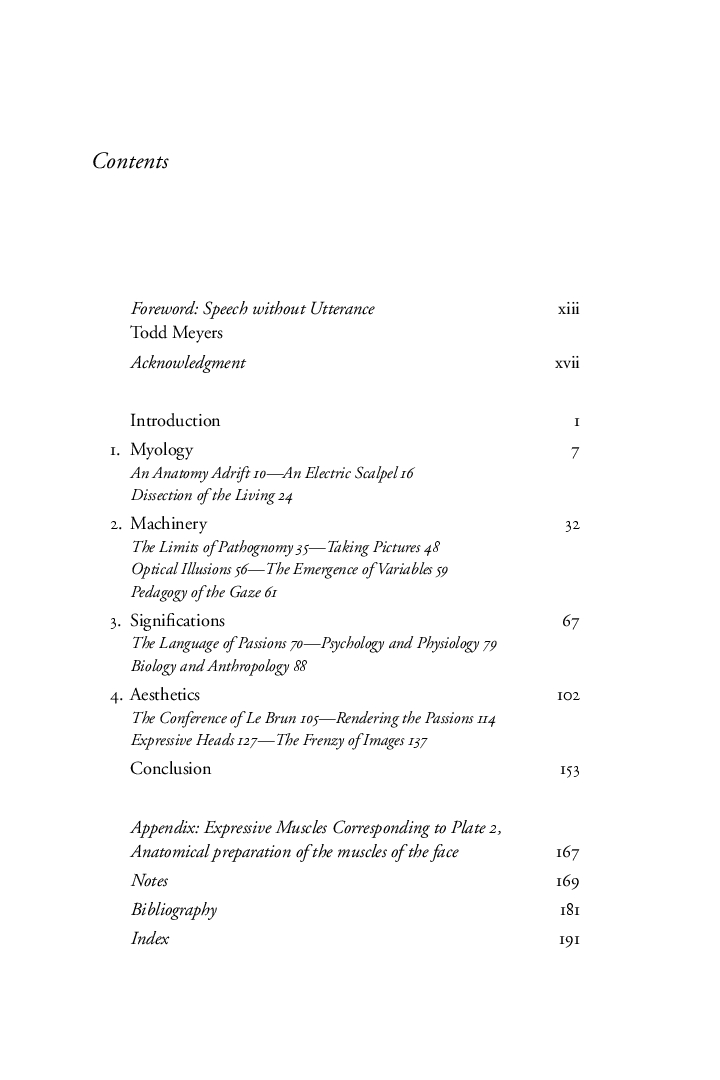