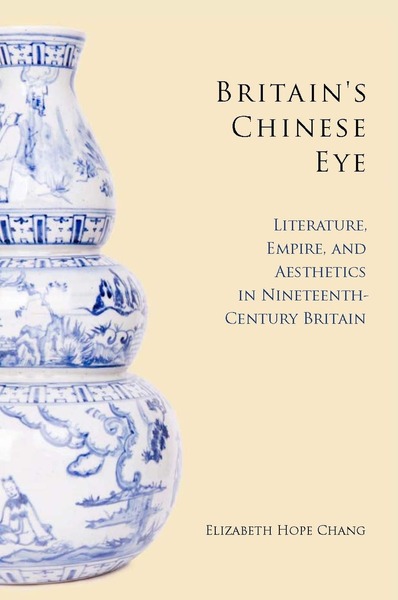 This book traces the intimate connections between Britain and China throughout the nineteenth century and argues for China's central impact on the British visual imagination. Chang brings together an unusual group of primary sources to investigate how nineteenth-century Britons looked at and represented Chinese people, places, and things, and how, in the process, ethnographic, geographic, and aesthetic representations of China shaped British writers' and artists' vision of their own lives and experiences. For many Britons, China was much more than a geographical location; it was also a way of seeing and being seen that could be either embraced as creative inspiration or rejected as contagious influence. In both cases, the idea of China's visual difference stood in negative contrast to Britain's evolving sense of the visual and literary real. To better grasp what Romantic and Victorian writers, artists, and architects were doing at home, we must also understand the foreign "objects" found in their midst and what they were looking at abroad.

Elizabeth Hope Chang is Assistant Professor of English at the University of Missouri and editor of the five-volume collection British Travel Writing from China 1798-1901 (2009).

"In its syncretic handling of complex and disparate historical material, and its deft comparative treatment of multiple media and genres, Chang's book makes an outstanding contribution to scholarship on British orientalism, and exemplifies the new visual-cultural studies at its best."

"Elegantly organized . . . [Britain's Chinese Eye] is an admirable account of the role of spectacle and perception in imperial display and dominion. It is an important contribution to empire studies and British literary history that reminds us of the longstanding and inextricable relationship of vision to power."

"In this book, Elizabeth Chang employs a novel and canny range of texts and visual examples to analyze how the field of vision performed the cultural work of Sino-British relations in the long nineteenth century. Her readings are sharp, smart, elegant, and incisive; her assortment of texts is inventive and refreshing. Britain's Chinese Eye is a creative, insightful, and beautifully rendered work."

"Britain's Chinese Eye offers a rich and illuminating exploration of Britain's visual engagements with China over the course of the 19th century. The book's central claim, that the marking off and imaginative deployment by Britons of distinctively 'Chinese' ways of seeing contributed to emerging understandings of Britishness, is fresh and provocative and will advance our understanding of the proliferation of literary and literal 'images' of China during this period."

"Chang asserts that the British engagement with Chinese 'seeing' had a lasting impact on the reconceptualization of 'realist' standards generally—a provocative claim that opens up new possibilities for future research. This strong book will attract a diverse array of scholars in art history, history, literature, Victorian studies, and postcolonial studies." 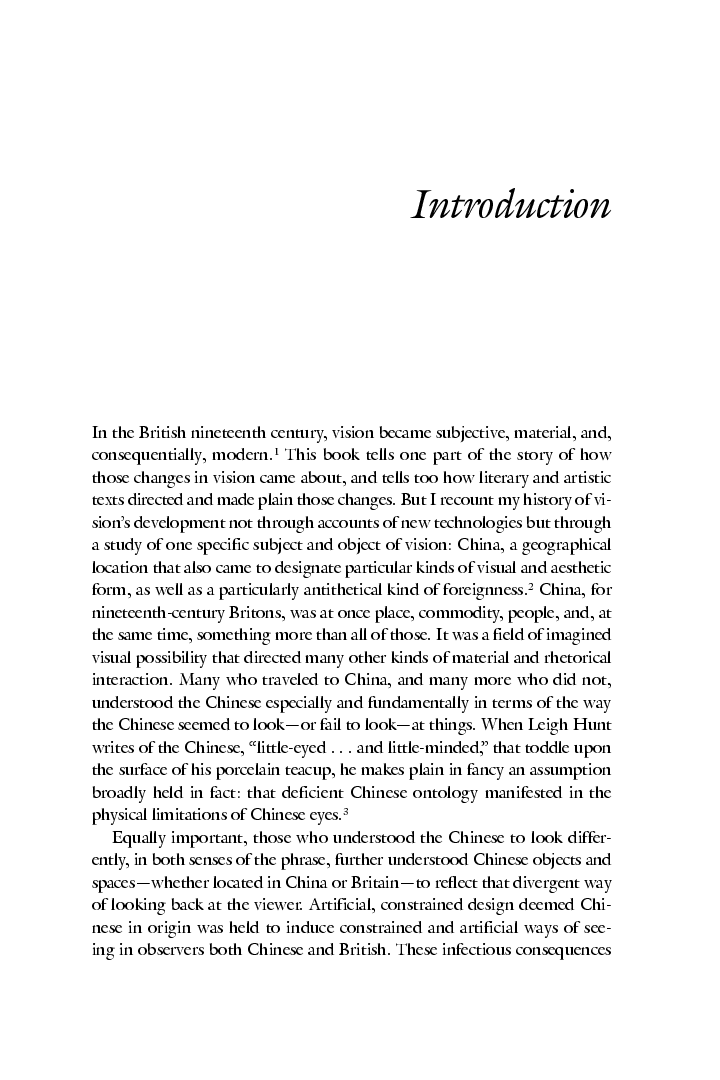 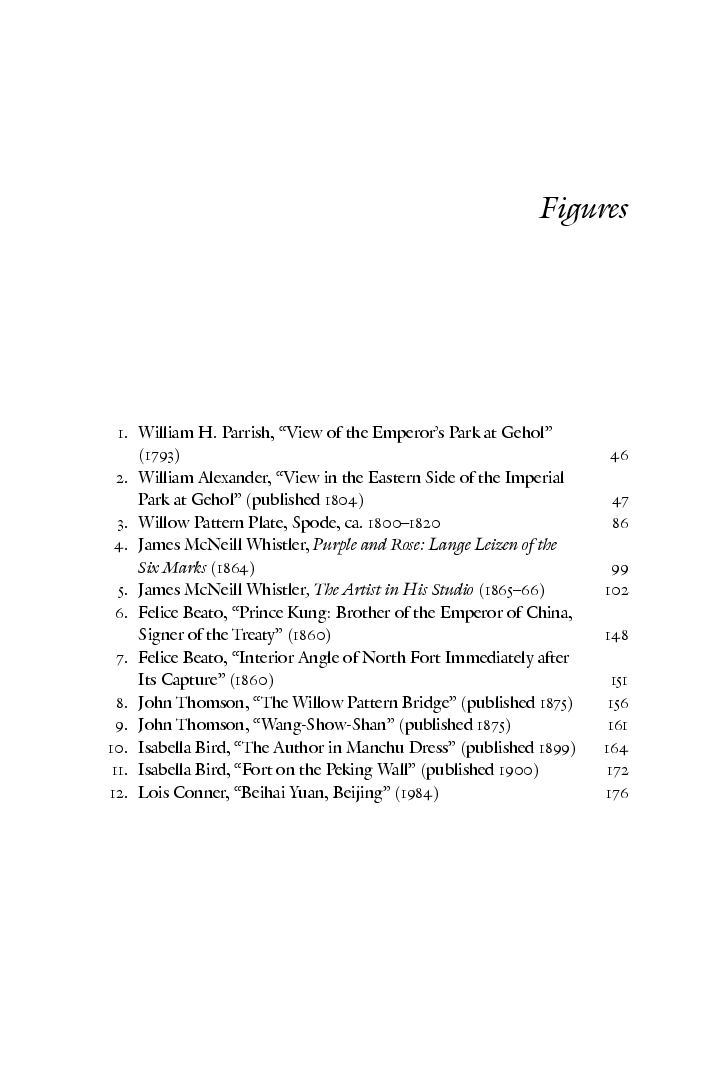 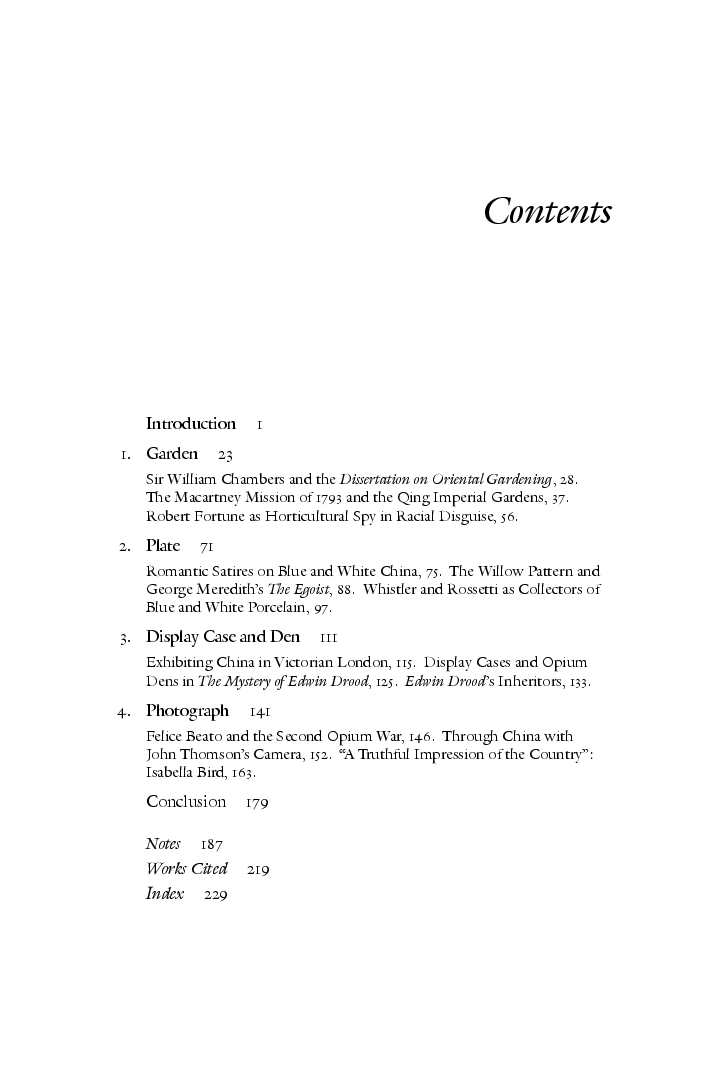