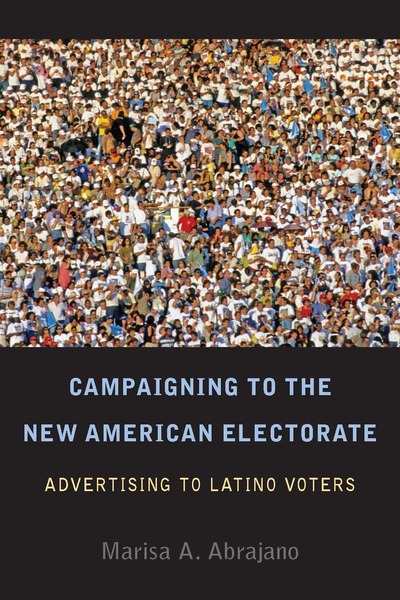 Campaigning to the New American Electorate
Advertising to Latino Voters
Marisa A. Abrajano

Winner of the 2011 Best Book on Latino Politics Award, sponsored by the APSA Latino Caucus.

Presuming that a strong relationship exists between one's identity and political behavior, American politicians have long targeted immigrant and ethnic communities based on their shared ethnic or racial identity. But to what extent do political campaign messages impact voters' actual decisions and behaviors?

This new book is one of the first to examine and compare the campaign efforts used to target Latinos with those directed at the rest of the electorate. Specifically, it focuses on televised Spanish and English-language advertising developed for the 2000 and 2004 presidential elections, as well as for dozens of congressional and statewide contests from 2000–2004. Author Marisa Abrajano's research reveals exposure to these televised political ads indeed impacts whether Latinos turn out to vote and, if so, for whom they vote. But the effect of these advertising messages is not uniform across the Latino electorate. Abrajano explores the particular factors that affect Latinos' receptivity to political ads and offers key findings for those interested in understanding how to mobilize this critical swing group in American politics.

Marisa Abrajano is Assistant Professor in the Department of Political Science at the University of California at San Diego. With R. Michael Alvarez, she is coauthor of New Faces, New Voices: The Hispanic Electorate in America.

"Campaigning to the New American Electorate is an impressive first entry in what will surely become a stape subfield in Latino political studies, as more scholars employ sophisticated data analysis to assess the impact of candidate advertising strategies on the behavior of the Latino electorate."

"In Campaigning to the New Electorate, Marisa Abrajano examines how advertising directed to Latinos impacted voter behavior in the 2000-2004 congressional and presidential elections. . . a valuable contribution to the area of understanding Latino political behavior."

"This is a compelling study of campaign advertising in an increasingly diverse nation. The topic is quite timely and the question of how campaigns reach out to Latino voters will continue to be a subject of great importance into the future. The book is fresh, informative, and readable."

"This is an important and groundbreaking piece of research in an area that is badly understudied and yet of interest to a wide audience, including scholars and political practitioners. It is well known that the size and political power of Latinos in the United States is increasing dramatically. However, our understanding of how to encourage Latinos to vote as well as how to influence their vote choices is relatively unsophisticated. This study is a major step forward in filling that void in the literature." 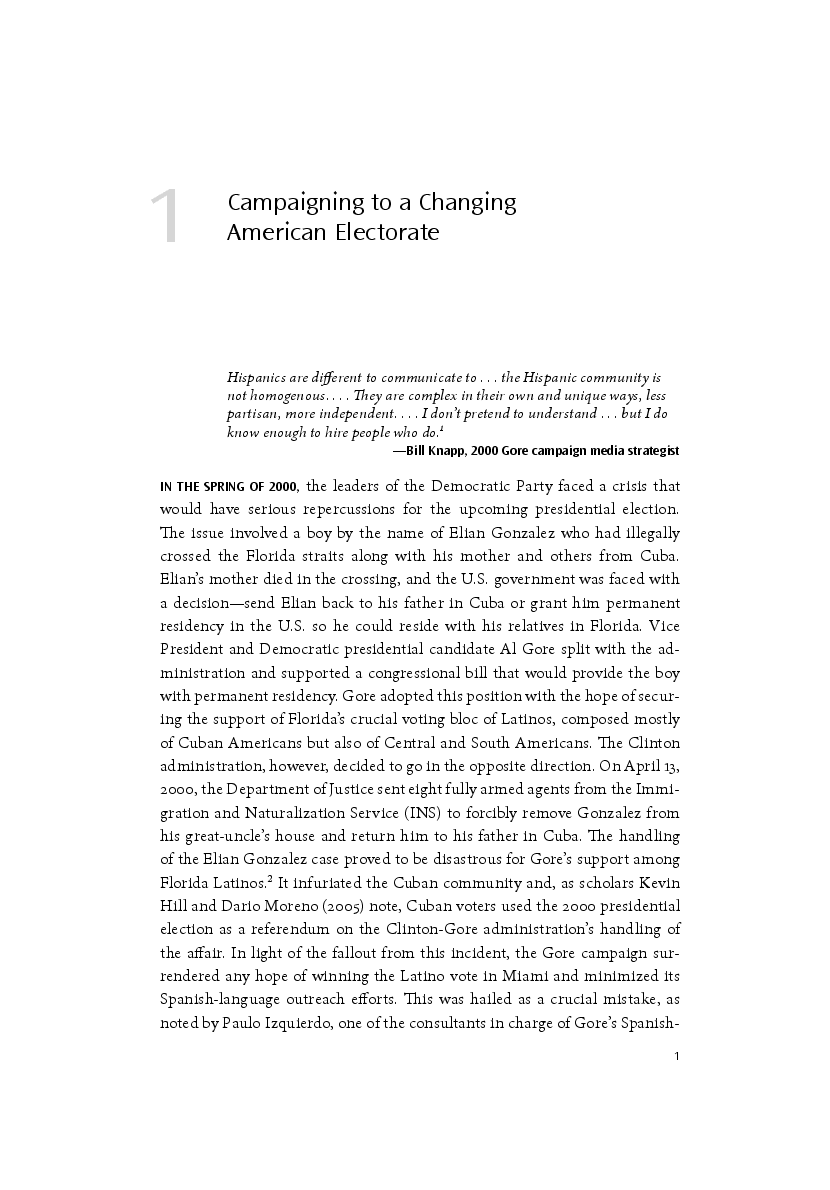 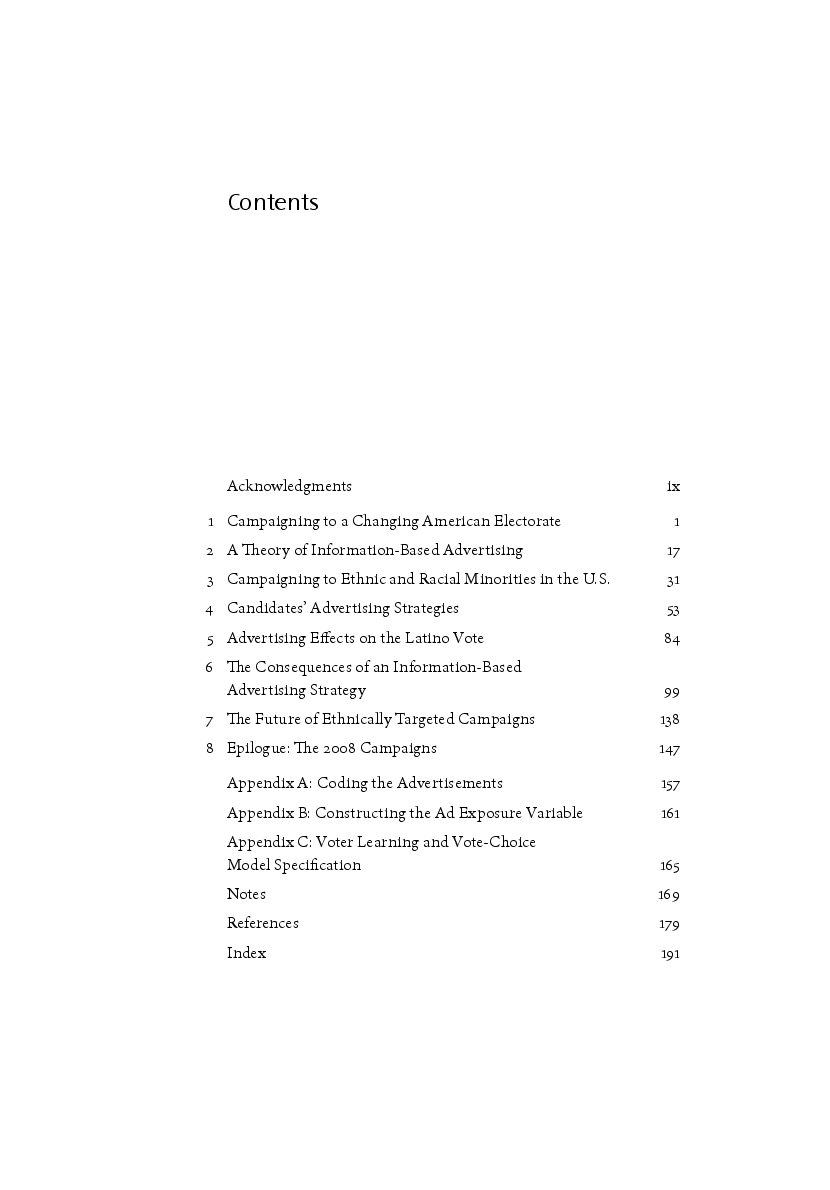