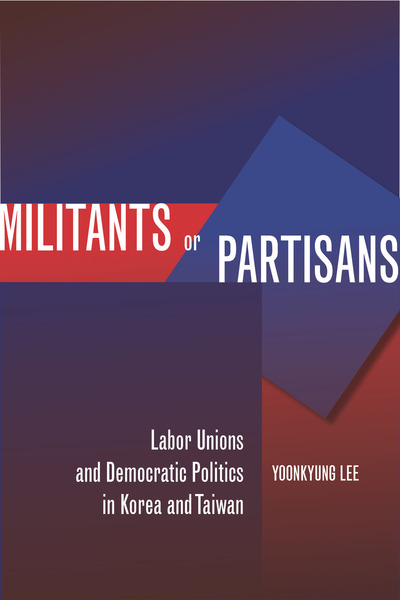 The exceptional experiences of South Korea and Taiwan in combining high growth and liberal democracy in a relatively short and similar timetable have brought scholarly attention to their economic and political transformations. This new work looks specifically at the operation of workers and unions in the decades since labor-repressive authoritarian rule ended, bringing Taiwan, in particular, into the literature on comparative labor politics.

South Korean labor unions are commonly described as militant and confrontational, for they often take to the streets in raucous protest. Taiwanese unions are seen as moderate and practical, primarily working through formal political processes to lobby their agendas. In exploring how and why these post-democratization states have come to breed such different types of labor politics, Yoonkyung Lee traces the roots of their differences to how unions and political parties operated under authoritarianism, and points to ways in which those legacies continue to be perpetuated. By pairing two cases with many similarities, Lee persuasively uncovers factors that explain the significant variation at play.

Yoonkyung Lee is Associate Professor of Sociology and Asian and Asian-American Studies at the State University of New York at Binghamton.

"The author cogently highlights the theoretical significance of labor politics that influence the shaping, structuring, and transformation of industrial relations and union activism . . . The persuasion of the author's arguments, I recognize, is based on the many strengths of the book, including its articulated and logical construction, its well-evidenced discussion, its critical and clear theoretical reasoning, and even the author's fluid writing style. For such reasons, I truly enjoyed reading this book, and strongly recommend it not only to researchers who are interested in exploring the labor regimes of Korea and Taiwan, but also to academics who want to apply theoretical conception and reasoning to their empirical research into labor politics."

"Labor movements played an important role in the third wave of democratization, but responded to their new-found political freedom in very different ways. In this nuanced study, Yoonkyung Lee shows how labor militancy in Korea sprang out of a particularly repressive authoritarian order and weak links to political parties following the transition to democratic rule. Organized labor in Taiwan, by contrast, found party channels through which they could defend their interests. A strong contribution to the literature on the political economy of East Asia, with interesting implications for studies of labor and democratization more generally."

"A great book on the little-known complexities and ironies of labor politics in the new East Asian democracies—judiciously researched, cogently argued, and beautifully written."

—Hagen Koo, Professor of Sociology, University of Hawaii at Manoa 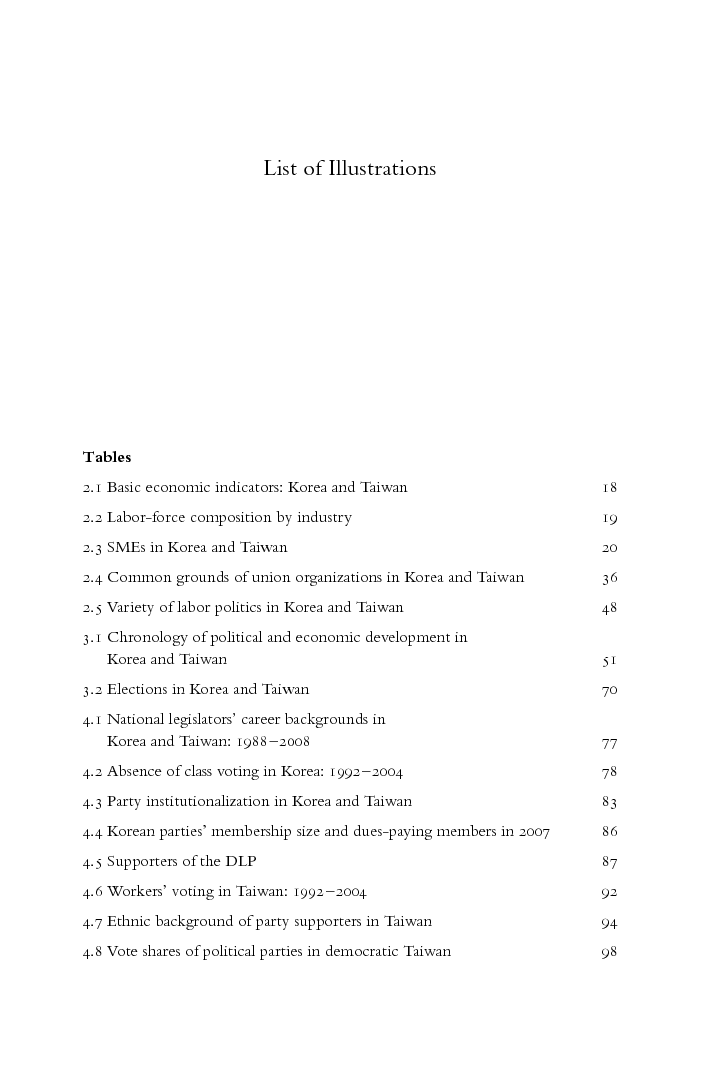 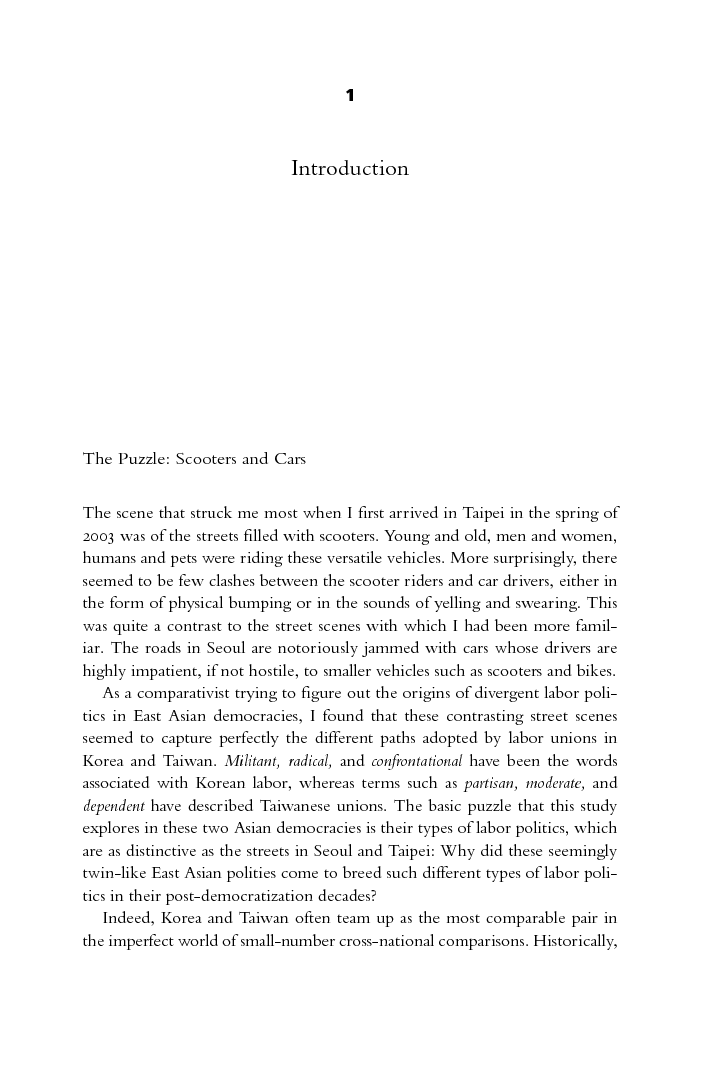 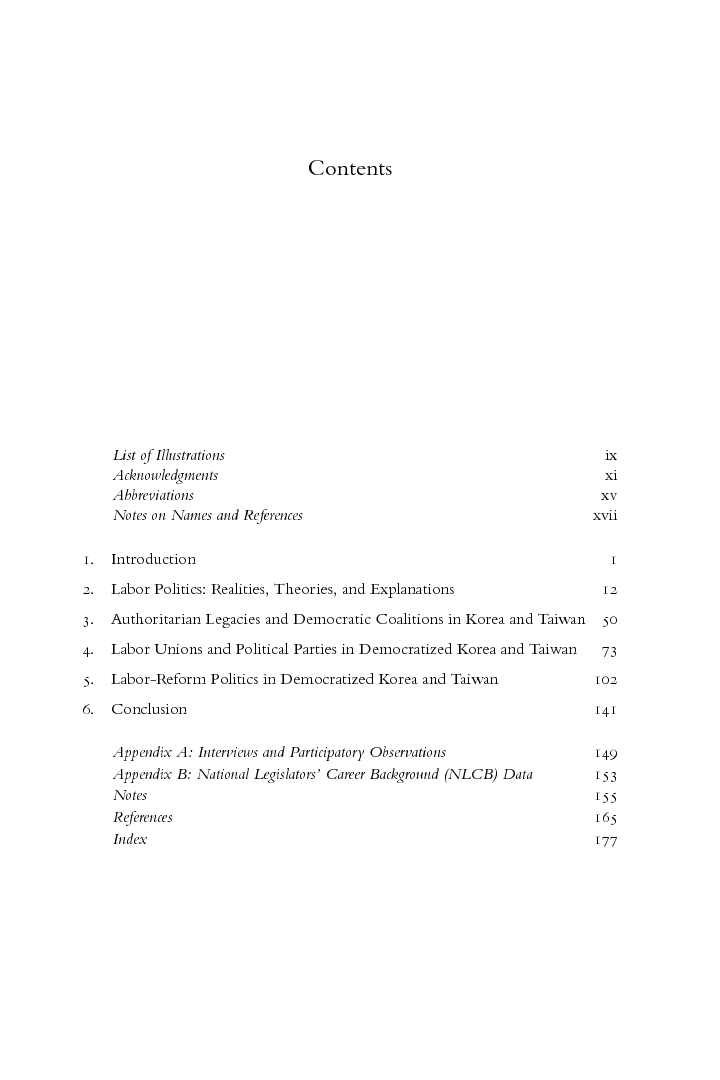