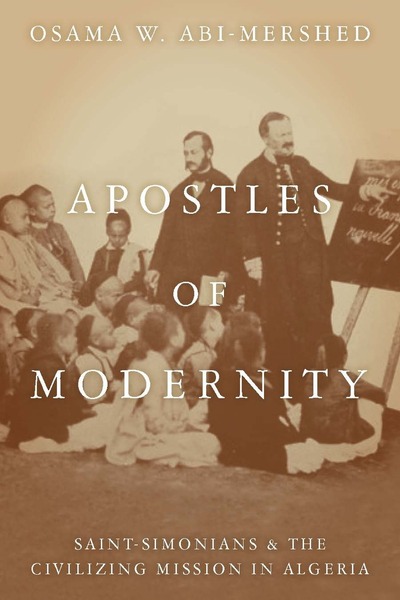 Apostles of Modernity
Saint-Simonians and the Civilizing Mission in Algeria
Osama W. Abi-Mershed

Between 1830 and 1870, French army officers serving in the colonial Offices of Arab Affairs profoundly altered the course of political decision-making in Algeria. Guided by the modernizing ideologies of the Saint-Simonian school in their development and implementation of colonial policy, the officers articulated a new doctrine and framework for governing the Muslim and European populations of Algeria. Apostles of Modernity shows the evolution of this civilizing mission in Algeria, and illustrates how these 40 years were decisive in shaping the principal ideological tenets in French colonization of the region.

Osama Abi-Mershed is Assistant Professor of History at Georgetown University. He is the editor of Trajectories of Education in the Arab World: Legacies and Challenges (2009).

"Abi-Mershed takes a body of archival sources that are discordant and often contradictory and provides a clear and concise overview of key parts of colonial policy and ideology, one that preserves the atmosphere of contingency and struggle that characterized this and so much other colonial planning."

"This work is a first-rate social history of the French colonial project in Algeria and the role of education in that project. . . Overall this is a well-researched, well-documented and critical social history. . . [it] will surely be a valued addition to the student of education history, colonial history and subaltern history of North Africa. An additional merit of the book is how it delves into issues of race, culture and citizenship in ways that continue to have resonance today."

"This is a detailed scholarly account of the early decades of French colonisation of Algeria, from 1830 to 1871, firmly grounded in the colonial archives of Aix-en-Provence . . . This volume develops the research, particularly of Turin (1971) of the ultimately ailed attempts of some of the Arab Bureaux officers to defend Arab education and culture."

"Historical thinking on French Algeria has long been distracted by a theoretical debate over Metropole policies toward the native populations and their place in the colonial order, a debate framed by two binary approaches to ruling subject peoples—assimilation or association. This provocative study breaks out of a long intellectual impasse by re-examining a critical nineteenth-century institution, the Bureaux Arabes, that mediated between Paris and Algiers and diverse Algerian communities on the ground."

"This important and timely book constitutes a major rethinking of nineteenth-century Algerian history, and also has important arguments to make about nineteenth century France, comparative colonial history in general, and the politics of colonial education in particular. Combining a detailed institutional and political history with an intellectual and cultural history informed by critical-theoretical perspectives, Abi-Mershed provides a systematic, critical analysis of French colonial thought and practice in the crucial period from 1830 to 1870."

"Osama Abi-Mershed's book makes a very important contribution to the history of French colonization in Algeria, examining the civilizing mission of France and the various practices and policies they pursued. At the same time, the book asks broader questions about the ideas, theories, writings, and realities, particularly within the domain of education, of the first decisive decades of European colonization in the region. This has been a subject too-little studied, so this book makes a positive, successful, and much welcomed intervention in the field." 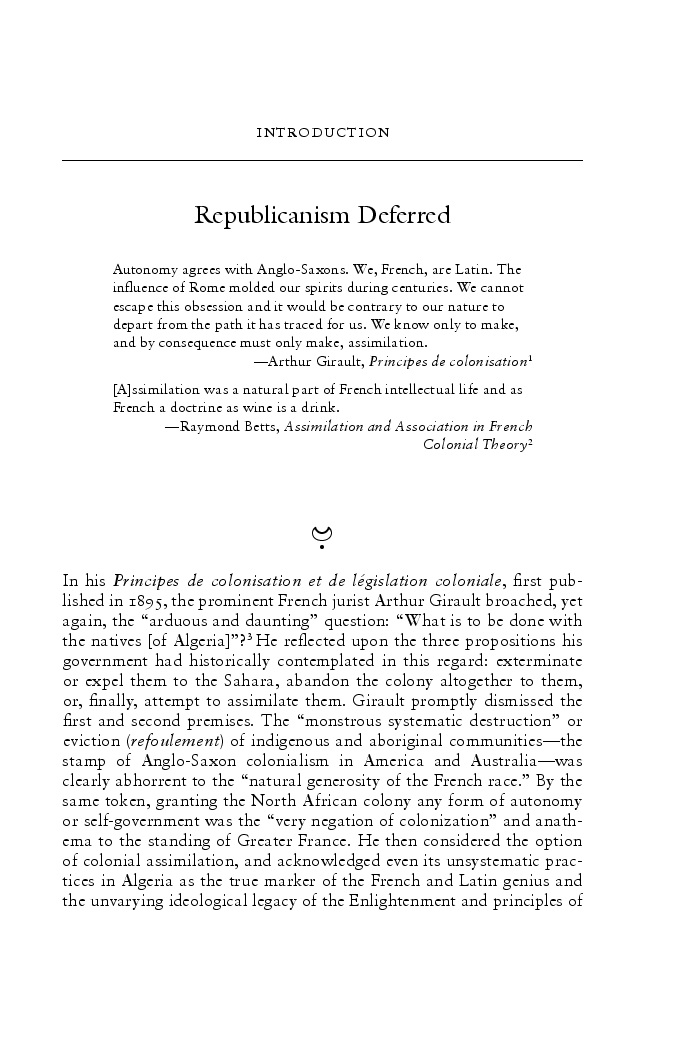 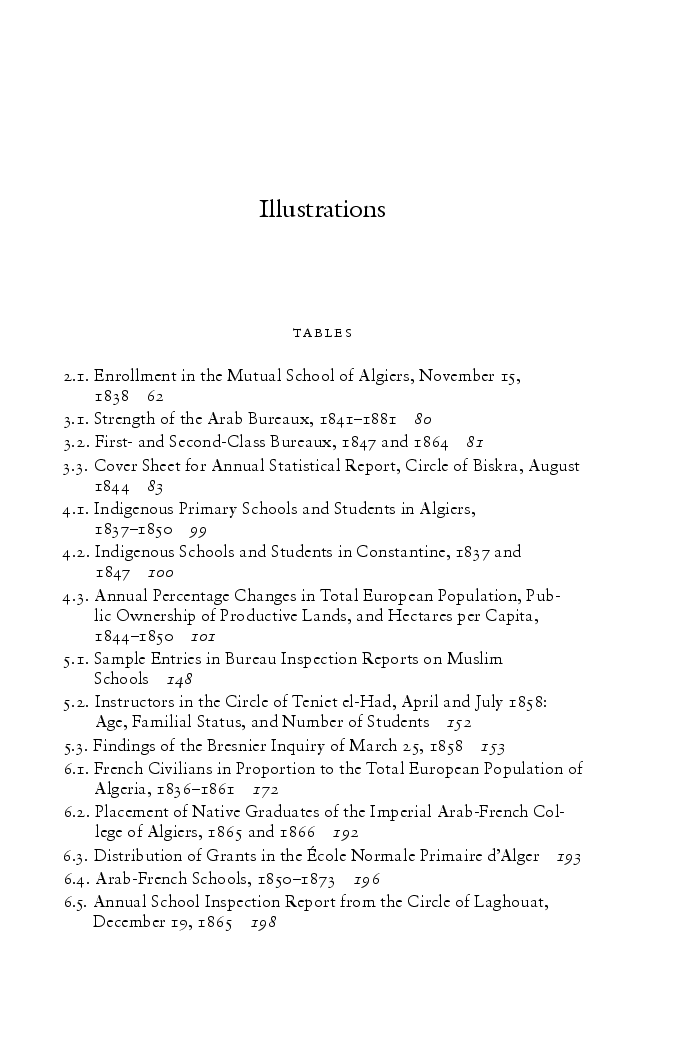 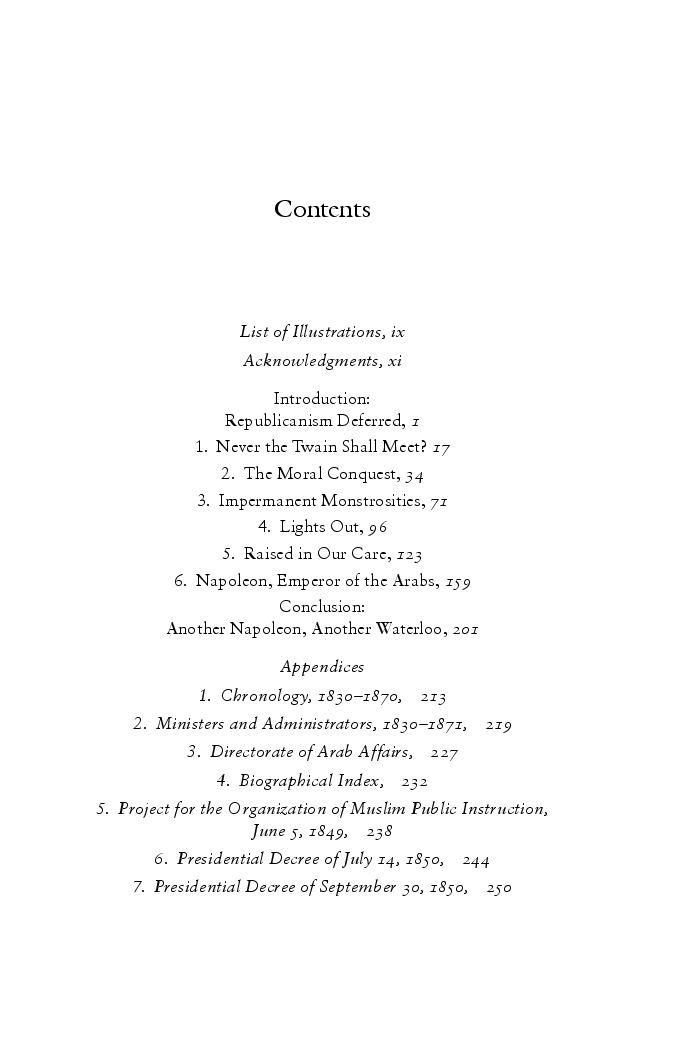