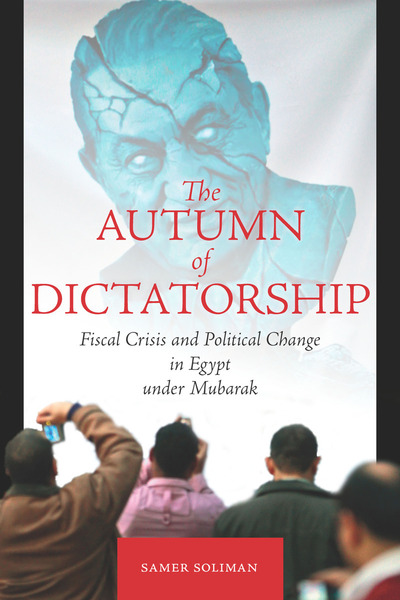 The Autumn of Dictatorship
Fiscal Crisis and Political Change in Egypt under Mubarak
Samer Soliman
SERIES: Stanford Studies in Middle Eastern and Islamic Societies and Cultures

The Egyptian protests in early 2011 took many by surprise. In the days immediately following, commentators wondered openly over the changing situation across the Middle East. But protest is nothing new to Egypt, and labor activism and political activism, most notably the Kifaya (Enough) movement, have increased dramatically over recent years. In hindsight, it is the durability of the Mubarak regime, not its sudden loss of legitimacy that should be more surprising. Though many have turned to social media for explanation of the events, in this book, Samer Soliman follows the age-old adage—follow the money.

Over the last thirty years, the Egyptian state has increasingly given its citizens less money and fewer social benefits while simultaneously demanding more taxes and resources. This has lead to a weakened state—deteriorating public services, low levels of law enforcement, poor opportunities for employment and economic development—while simultaneously inflated the security machine that sustains the authoritarian regime. Studying the regime from the point of view of its deeds rather than its discourse, this book tackles the relationship between fiscal crisis and political change in Egypt.

Ultimately, the Egyptian case is not one of the success of a regime, but the failure of a state. The regime lasted for 30 years because it was able to sustain and reproduce itself, but left an increasingly weakened state, unable to facilitate capitalist development in the country. The resulting financial crisis profoundly changed the socio-economic landscape of the country, and now is paving the way for political change and the emergence of new social forces.

Samer Soliman is Assistant Professor of Political Economy and Political Science at the American University in Cairo. An activist for human rights and democratic politics, he is also a frequent columnist in the Egyptian media and a founder and editor of Al-Bosla, a radical democratic publication.

"Samer Soliman's The Autumn of Dictatorship: Fiscal Crisis and Political Change in Egypt Under Mubark was well-received in opposition circles when first published in Arabic in 2004. Critics of the regime welcomed the careful documentation of just how draining the immense security apparatus has been. . . How good it is to have these arguments placed on solid empirical ground. Evidence-based arguments in Middle East studies are a threatened species so this book should have a place on all our shelves."

"Drawing on Western social science and financial data gleaned from the balance sheet of the Egyptian general budget, Soliman provides a rigorous analysis of the chronic fiscal crisis that has plagued Egypt since the mid-1980s . . . Soliman's thesis is simple and persuasive . . . [and] reveal[s] how much Western readers stand to gain from Arab scholarship."

"Samer Soliman has followed the wise adage to 'follow the money as it shall lead you to the truth.' By tracing the authoritarian state's patterns of extraction and allocation, he helps us better to understand not only the workings of that state, but its consequences for economic growth, including the possible fostering of capitalism. His study is a valuable contribution to the political economy literature on Egypt and the Middle East more generally."

"Soliman follows the money, using previously inaccessible data from Egyptian state budgets to make interesting and convincing arguments about the character of the Egyptian state and regime, and about authoritarian politics more generally. A serious and refreshing interrogation." 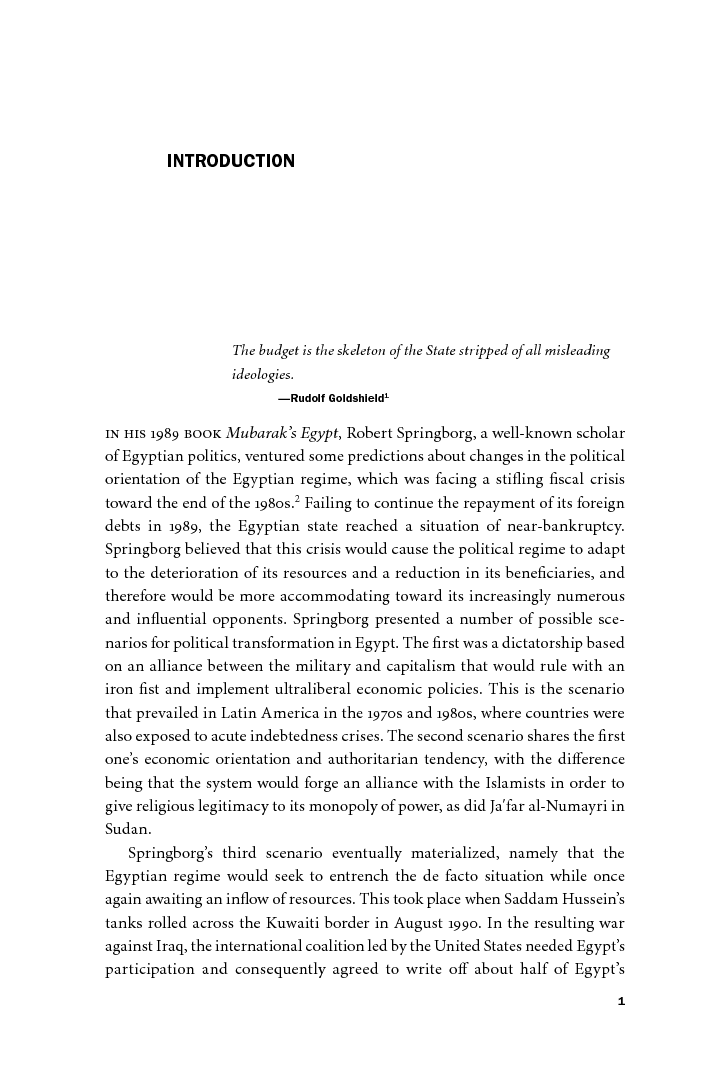 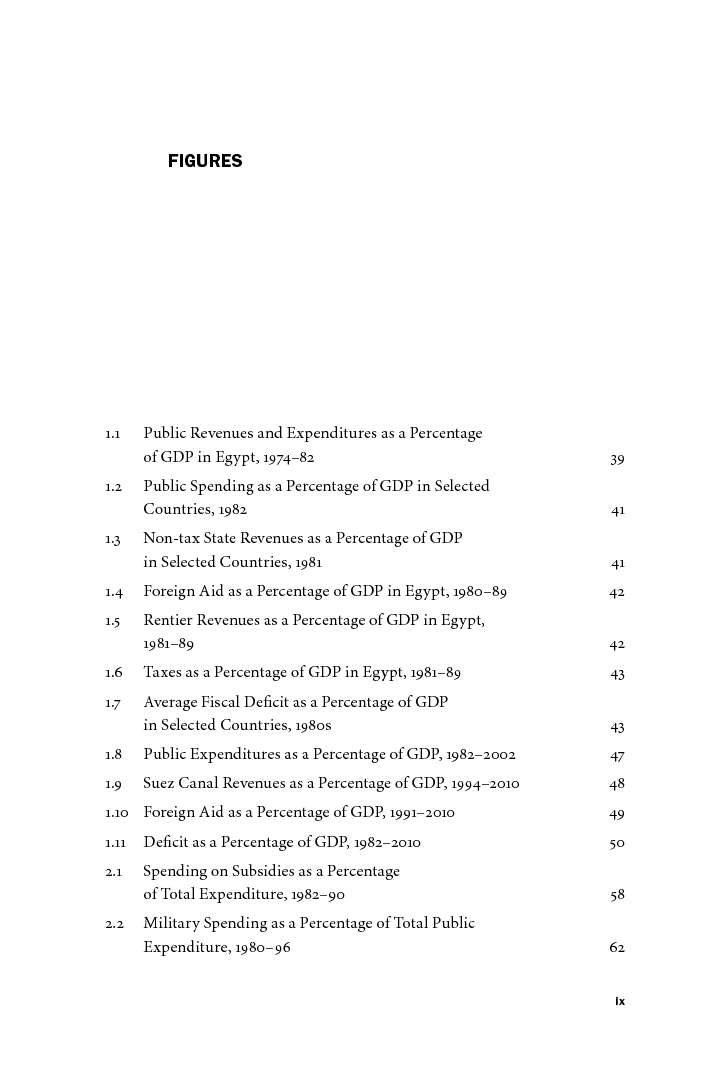 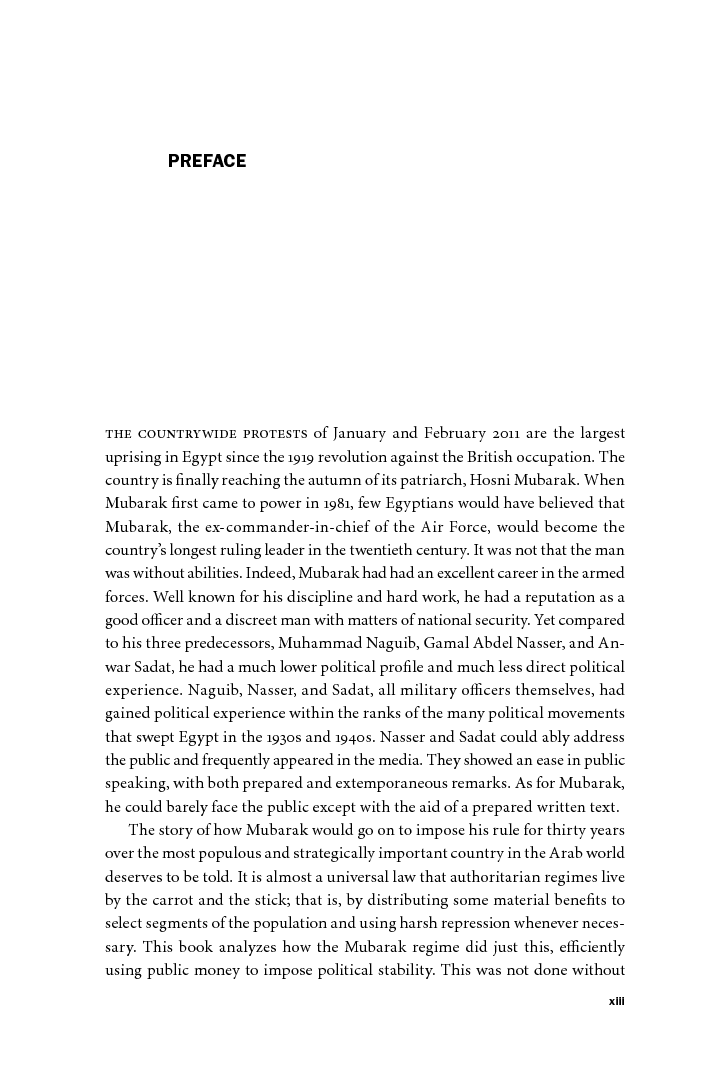 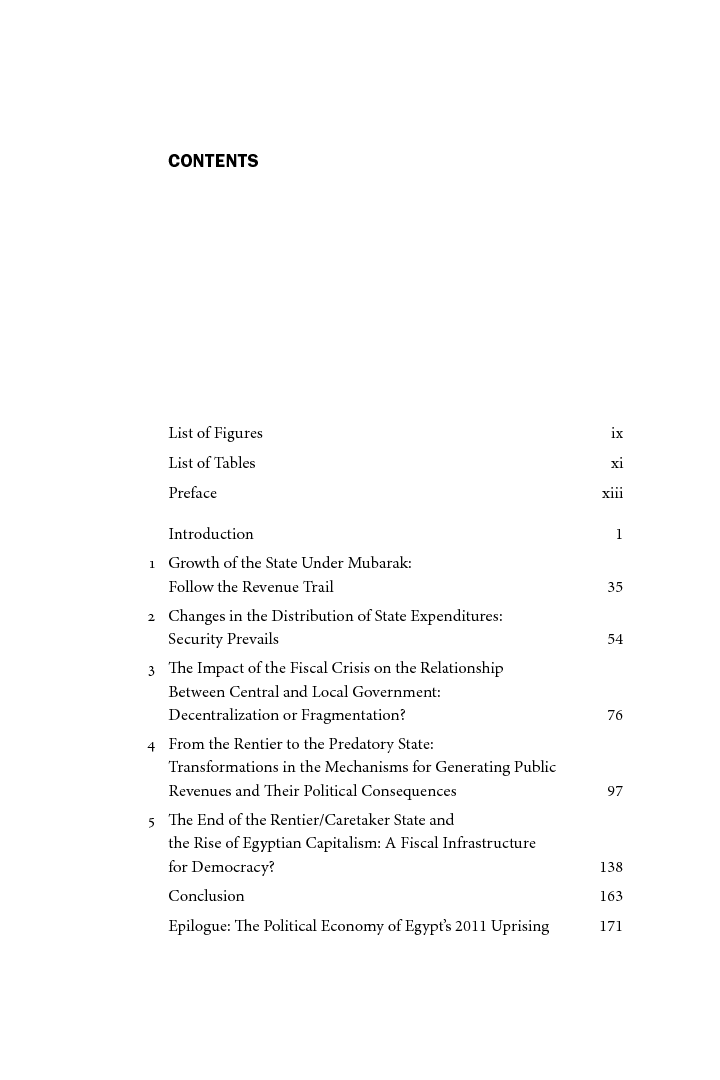 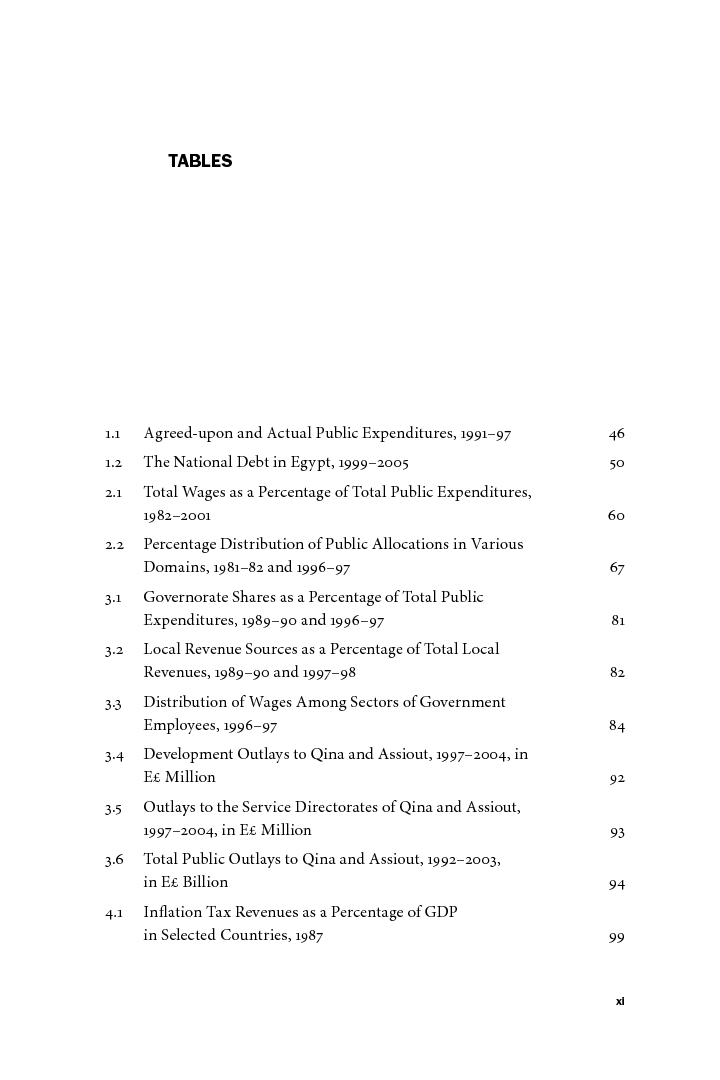