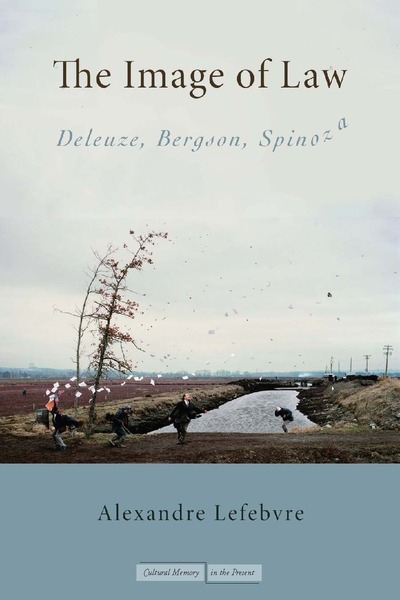 The Image of Law is the first book to examine law through the thought of twentieth-century French philosopher Gilles Deleuze. Lefebvre challenges the truism that judges must apply and not create law. In a plain and lucid style, he activates Deleuze's key themes—his critique of dogmatic thought, theory of time, and concept of the encounter—within the context of adjudication in order to claim that judgment has an inherent, and not an accidental or willful, creativity. The book begins with a critique of the neo-Kantian tradition in legal theory (Hart, Dworkin, and Habermas) and proceeds to draw on Bergson's theory of perception and memory and Spinoza's conception of ethics in order to frame creativity as a necessary feature of judgment.

Alexandre Lefebvre is a Postdoctoral Fellow at the Faculty of Law, McGill University

"I recommend to all those interested in the ongoing debates between so-called 'activist' and diehard 'conservatives' in matters of jurisprudence to read The Image of Law. . . The book must also be read by all those who seek to better understand Deleuze's interest in jurisprudence— especially by those who look for an alternative to de Sutter's "radical jurisprudence."

"Lefebvre's plain writing style impressively clarifies philosophical concepts without simplifying them, and his reading of Deleuze's Bergsonism merits attention even if the reader has no interest in a Deleuzian theory of adjudication."

"Lefebvre's work represents an important shift in contemporary critical legal theory insofar as it answers the need for theory to address internally the categories and schemata of practical reason and judicial rationality. . . it manages to contribute something quite new to the field: a theory of judgment based on Bergsonian memory and perception. At the same time, it avoids the pitfalls of positivism and, arguably, mechanism, while providing a glimpse of the ontological realm of virtuality subtending the actual operations of the legal system. More, its Deleuzian critique of Hart, Dworkin, and Habermas is bound to be useful for future studies. Most broadly, its transposition of rich ontological theory into legal theory opens new vistas for the latter, fostering the creation of new encounters, problems, and concepts in law."

"The Image of the Law is an outstanding book that outlines an innovative theory of creativity in judgment and adjudication. Against the grain of much secondary literature on Deleuze, Lefebvre convincingly demonstrates the value of a 'sober and more mundane' Deleuze for the analysis of existing social and political institutions."

"Lefebvre carries Henri Bergson and Gilles Deleuze to the questions of law and judgment. All three profit from the encounter. Showing us how juridical judgment secretes an incorrigible element of creativity, he also explores the judicial sensibility needed to negotiate the link between them. The result is a lucid and timely study."

"Lefebvre offers a brilliant, rigorous, and innovative analysis of Bergson and Deleuze's philosophies of time."

"This is a wonderfully interesting book for readers of the three philosophers named in its subtitle. ... The present work will provide readers of continental philosophy with ample opportunity for thought as we come to grips with the provocative encounter Lefebvre has staged for us." 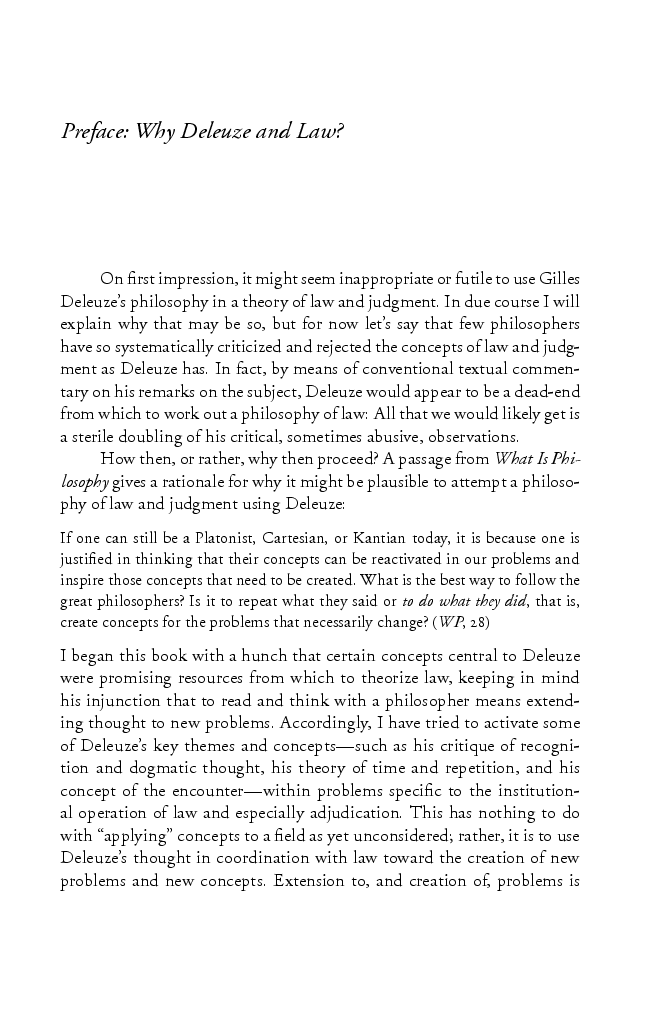 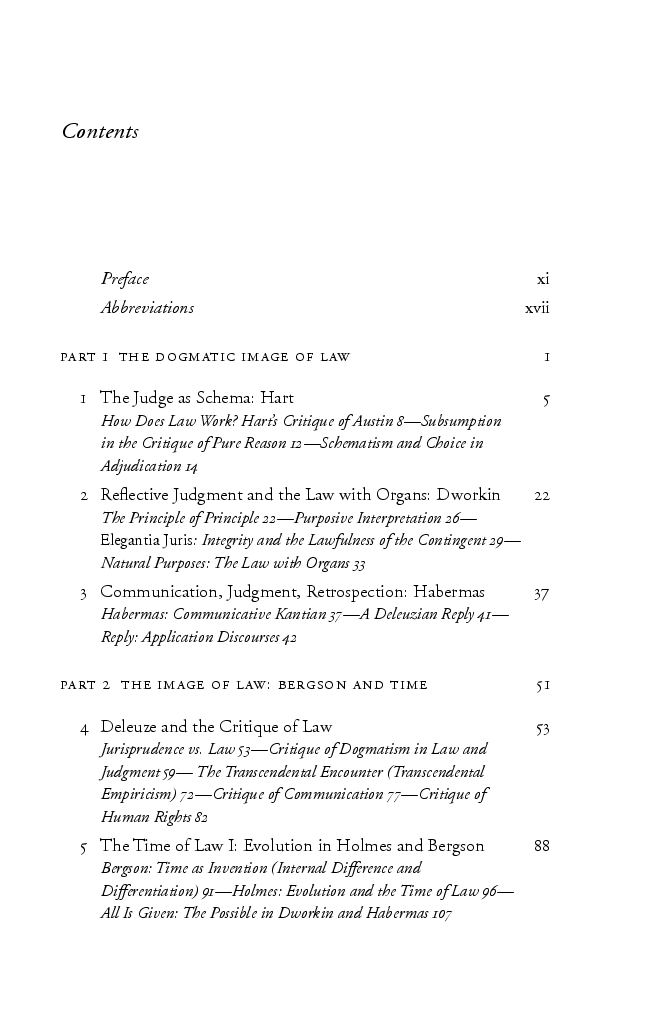