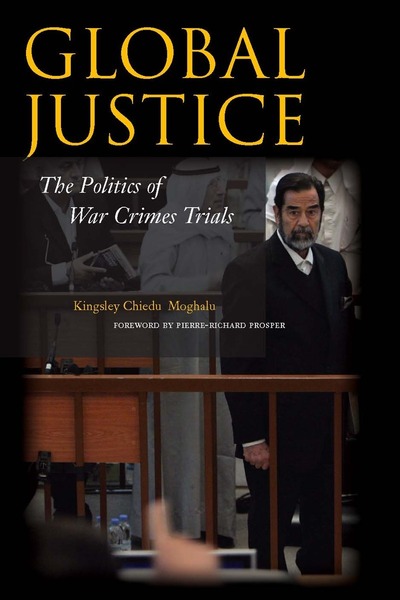 After a controversial war in which he was ousted and captured by United States forces, Saddam Hussein was arraigned before a war crimes tribunal. Slobodan Milosevic died midway through his contentious trial by an international war crimes tribunal at The Hague. Calls for intervention and war crimes trials for the massacres and rapes in Sudan's Darfur region have been loud and clear, and the United States remains fiercely opposed to the permanent International Criminal Court. Are war crimes trials impartial, apolitical forums? Has international justice for war crimes become an entrenched aspect of globalization? In Global Justice, Moghalu examines the phenomenon of war crimes trials from an unusual, political perspective—that of an "anarchical" international society. He argues that, contrary to conventional wisdom, war crimes trials are neither motivated nor influenced solely by abstract notions of justice. Instead, war crimes trials are the product of the interplay of political forces that have led to an inevitable clash between globalization and sovereignty on the sensitive question of who should judge war criminals. From Germany's Kaiser Wilhelm to the Japanese Emperor Hirohito, from the trials of Milosevic, Saddam Hussein, and Charles Taylor to Belgium's attempts to enforce the contested doctrine of "universal jurisdiction," Moghalu renders a compelling tour de force of one of the most controversial subjects in world politics. He argues that, necessary though it was, international justice has run into a crisis of legitimacy. While international trials will remain a policy option, local or regional responses to mass atrocities will prove more durable.

Kingsley Chiedu Moghalu recently served as a member of the Redesign Panel on the United Nations Internal Justice System. He was formerly Legal Adviser to the International Criminal Tribunal for Rwanda, and has also worked for the United Nations in New York, Cambodia, the former Yugoslavia, and Geneva.

"Kingsley Moghalu is a sure-footed guide through the thicket of international law and the imbalances among nations—political, economic, and military—that have made it very difficult to achieve true global standards and philosophies of justice for war crimes and atrocities against civilians."

"This book is a must read for anyone concerned with the future of war crimes prosecutions and humanitarian law. Moghalu challenges many common assumptions with controversial views on state sovereignty, the liberal hopes sired at Nuremberg and international justice at large. Wherever you stand on these questions you will be unable to return this volume to your shelf once you pick it up. His lucid writing, trenchant analysis and experience with Rwandan justice require every human rights activist, scholar or concerned citizen to hear his authentic voice." 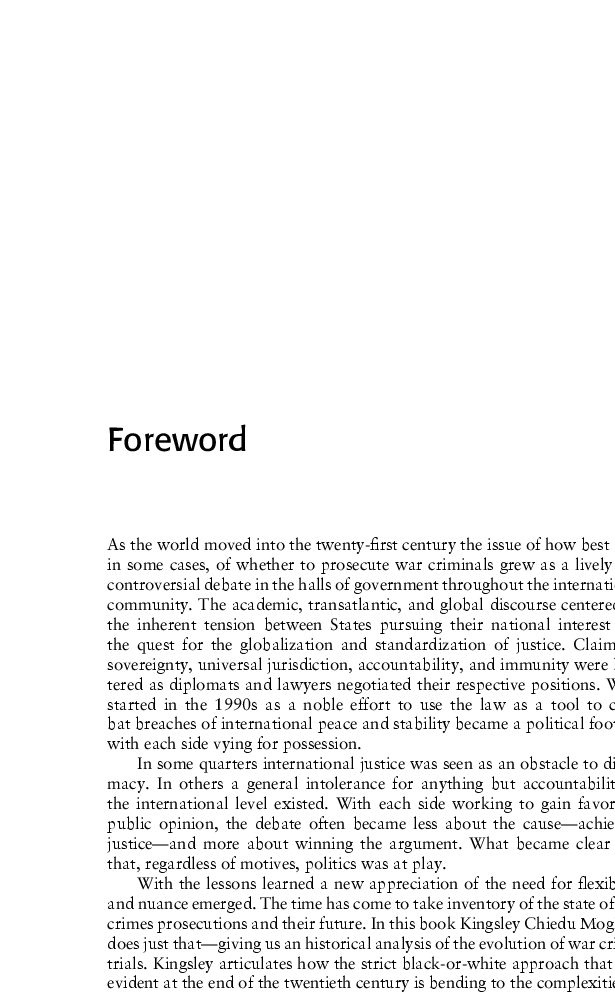 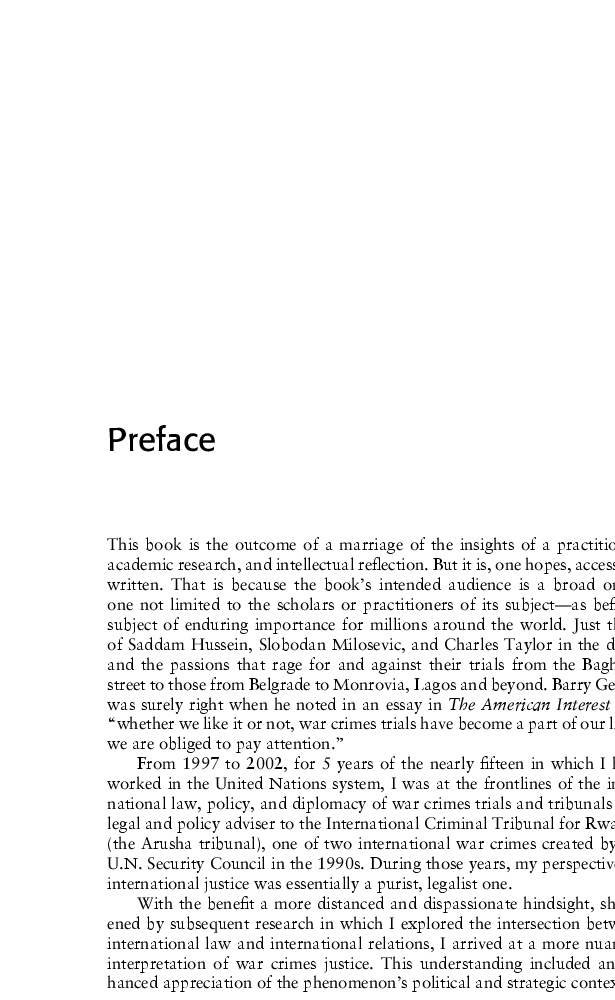 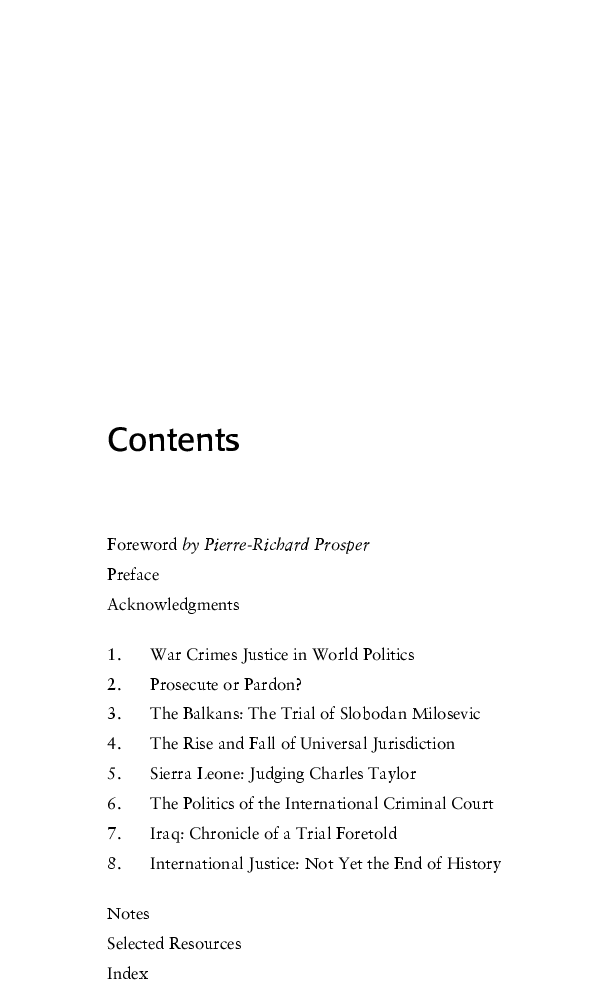