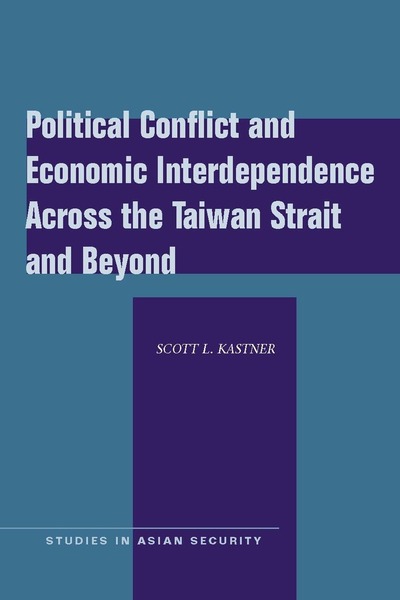 Political Conflict and Economic Interdependence Across the Taiwan Strait and Beyond
Scott L. Kastner
SERIES: Studies in Asian Security

Why is it that political conflict between countries sometimes undermines commerce between those states, and yet at other times it seems to have little or no effect on cross-border economic flows? The question is an important one, yet, while numerous studies have considered how and to what extent international political conflict affects trade, few consider how and when economic linkages can develop despite hostile political relations. This book addresses that gap, and demonstrates that the impact of international political conflict on commerce will be muted when national leaders are accountable to internationalist economic interests—because such leaders will try to prevent political disputes with other countries from spilling over into economic arenas. The author develops this argument primarily through a detailed case study of a critically important contemporary case: the relationship between Mainland China and Taiwan. He then tests it via two shorter case studies.

Scott L. Kastner is Assistant Professor in the Department of Government and Politics at the University of Maryland, College Park.

"Overall, Kastner's book enriches our understanding of PRC-Taiwan relations in particular and relations between political conflict and economic ties in general. The reviewer recommends it to specialists as well as general readers."

"This book is perhaps the first one attempting to build a framework to analyze the political and economic relations between China and Taiwan during the period from President Lee Teng-hui to President Chen Shui-bian . . . I recommend this book for those who are interested in the long-term relationship between Beijing and Taipei."

"With methodological sophistication, Kastner presents a carefully argued thesis to explain that political conflict and economic interdependence do not necessarily stand in opposition to each other. The work is addressed to a graduate-level and professional audience and provides insight into the larger theoretical issue as well as good analysis of East Asian Political and economic dynamics."

"Scott L, Kastner . . . provides an intriguing reading of the recent history of cross-strait relations in his attempt to address the puzzling aspects of a trend at the heart of political debates in Taiwan today."

"This is first rate political science, presenting a very well formulated and interesting research question—does economic interdependence mitigate inter-state conflict, particularly for the Taiwan-mainland relationship. There is no book like it on the market, and its ability to summarize Cross-Straits ties and put them within a theoretical and analytical framework is terrific."

"This important book provides an innovative analysis of relations across the Taiwan Strait and, more generally, enhances our theoretical understanding of the political economy of national security in an era of globalization."

—Thomas Christensen, Professor of Politics and International Affairs and Director of the Princeton-Harvard China and the World Program, Princeton University

"[T]his study addresses a number of important issues that relate to both cross-strait relations as well as theories of international relations." 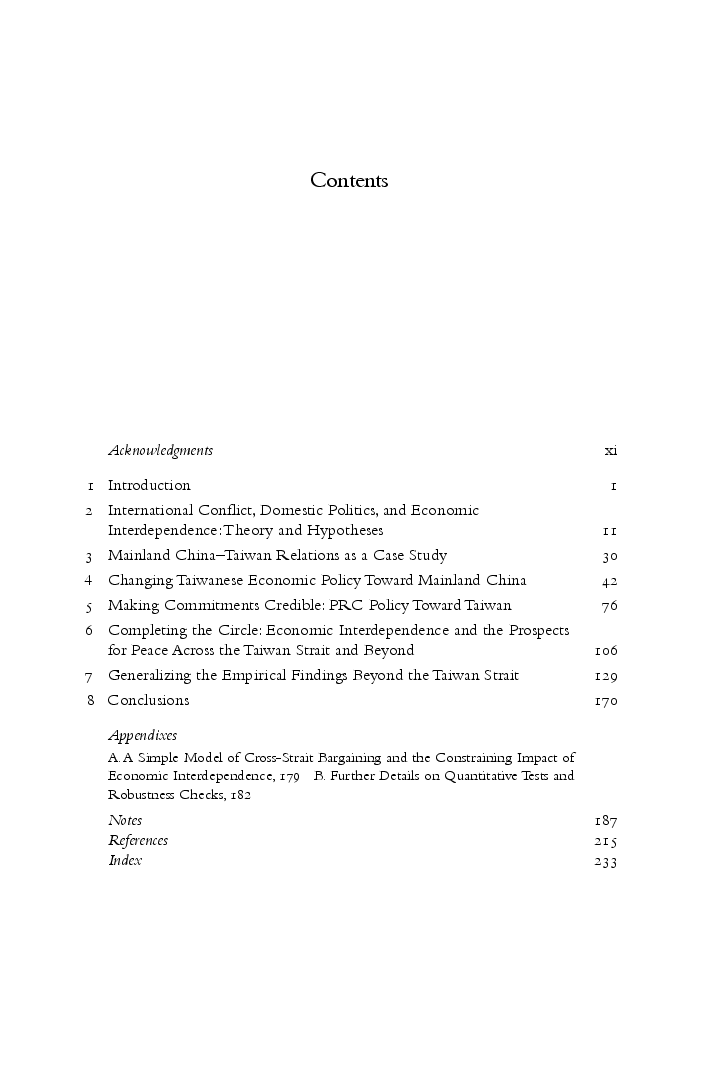