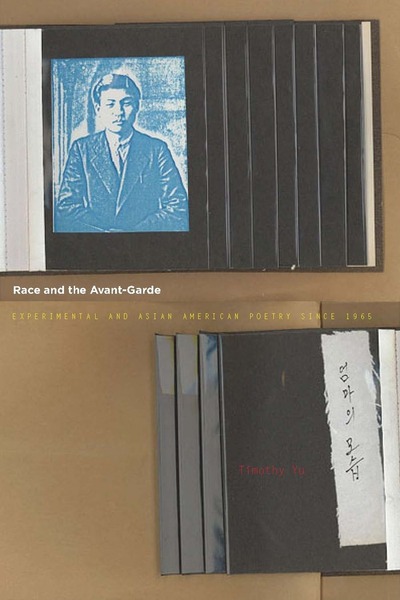 Winner of the 2009 AAAS Book Award in Literary Studies, sponsored by the Association for Asian American Studies.

A groundbreaking study of contemporary American poetry, Race and the Avant-Garde changes the way we think about race and literature. Examining two of the most exciting developments in recent American writing, Timothy Yu juxtaposes the works of experimental language poets and Asian American poets—concerned primarily with issues of social identity centered around discourses of race. Yu delves into the 1960s social upheaval to trace how Language and Asian American writing emerged as parallel poetics of the avant-garde, each with its own distinctive form, style, and political meaning.

From its provocative reevaluation of Allen Ginsberg to fresh readings of Ron Silliman, Theresa Hak Kyung Cha, and John Yau, along with its analysis of a new archive of Asian American writers from the 1970s, this book is indispensable for readers interested in race, Asian American studies, contemporary poetry, and the avant-garde.

Timothy Yu is Associate Professor of English and Asian American studies at the University of Wisconsin-Madison.

"Yu's Race and the Avant-Garde: Experimental and Asian American Poetry since 1965 is ... provocative text that scholars of contemporary poetry and Asian American literature will be citing, discussing, and arguing over for many years to come."

"Though this book at first appears narrowly focused, it manages to illuminate large areas of contemporary American poetry. The book is perhaps most compelling when it links poetry to late-20th-century social and political developments, for instance, the volatile situation during the late 1960s when the New Left fragmented into the competing, identity-conscious factions of the 1970s."

"With Race and the Avant-Garde, Timothy Yu goes an extraordinarily long way toward overcoming the historical divorce between the "aesthetic" and the "ethnic." And excitingly, for teachers and students of Asian American literature, he has made Asian American poetry a central part of the case. Treating the rise of Asian American poetry and Language poetry in light of each other, Yu illustrates the indelible presence of race in experimental writing and the constitutive role of form in ethnic writing."

"Race and the Avant-Garde marks a major turning point in genre and culture studies: it treats what is known as Asian American poetry not as a separate entity, but as a community in constant dialogue with that other community known as the avant-garde. In the latter part of the 20th century, Yu argues, the social groupings of American poetry come to cross-fertilize one another in intriguing ways, so that a 'minority' poetry like Asian American can best be understood as itself an avant-garde. Yu's sociology is both sophisticated and revelatory. Allen Ginsberg, Ron Silliman, John Yau, Theresa Hak Kyung Cha: these poets will never look the same after reading Yu's outstanding book."

—Marjorie Perloff,Author of Radical Artifice: Writing Poetry in the Age of Media and Differentials

"Explores how conflicts, anxieties, and confusions fuse with aesthetics, ideologies, and social formations in the unsettling project of a syncretic Asian American poetics. In order to fully engage such poetics, Yu looks at roots but also rootlessness, lineages as well as misalignments. Yu takes risks; the welcome result is a provocatively informative excursion into the productive synergy of race and aesthetic innovation." 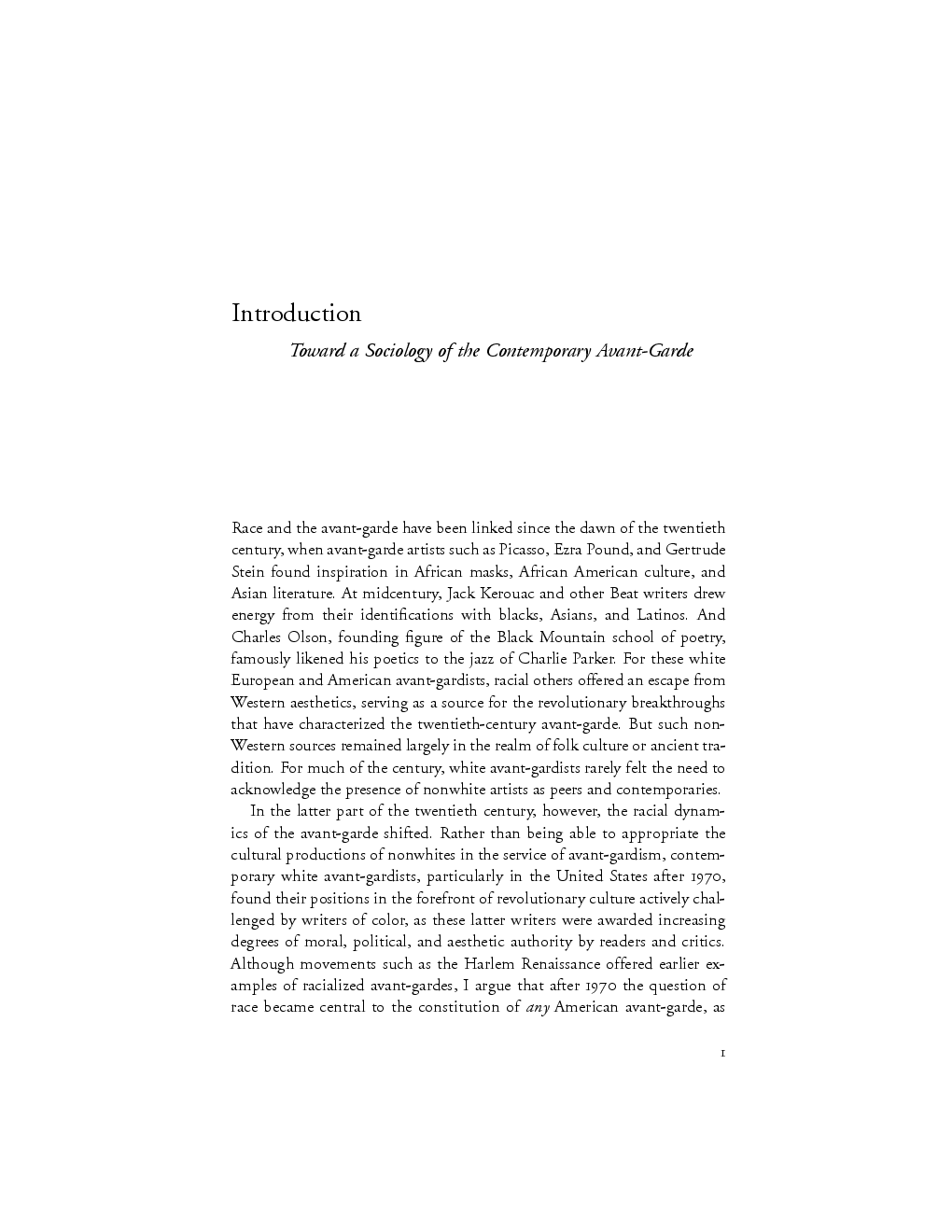 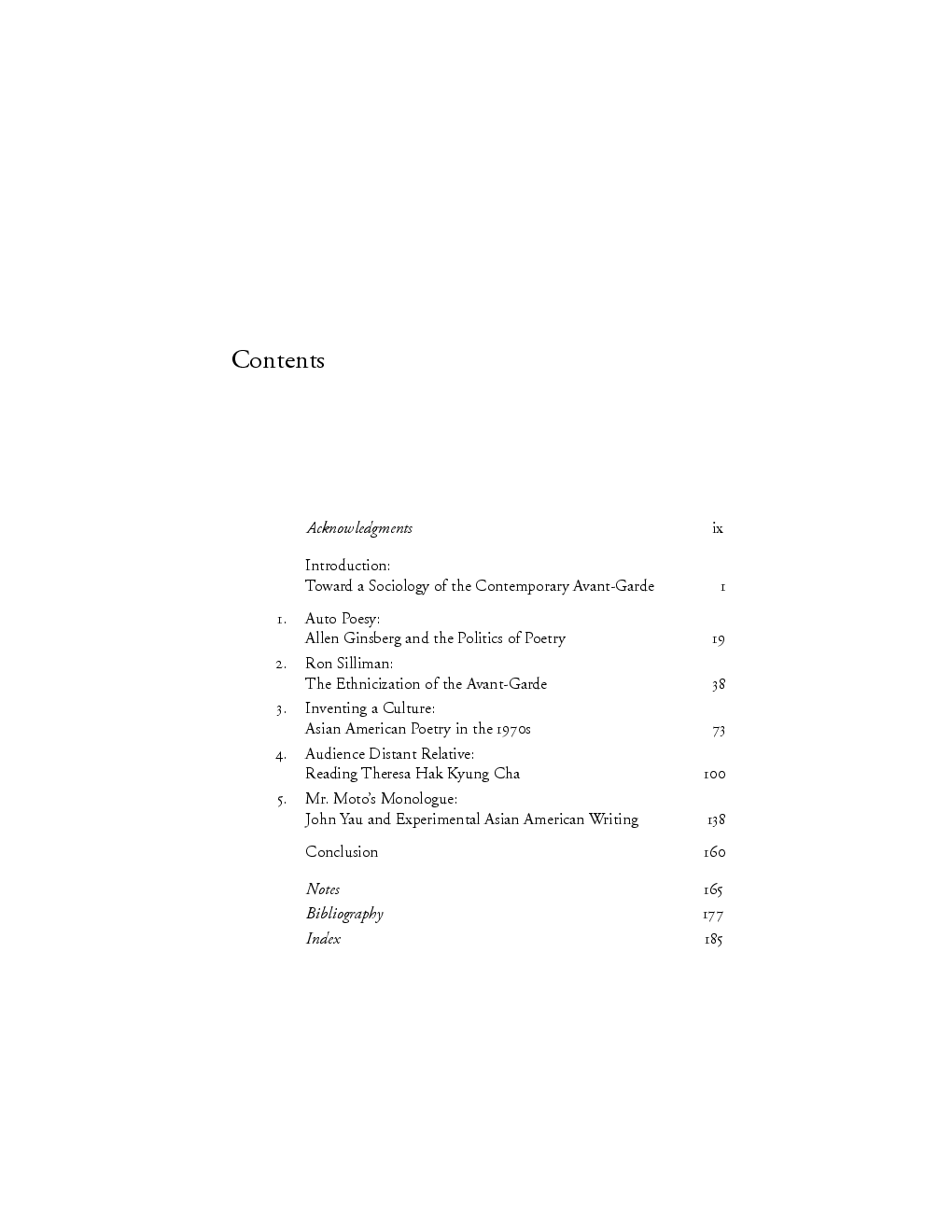 Inventing a Culture: Asian American Poetry in the 1970s