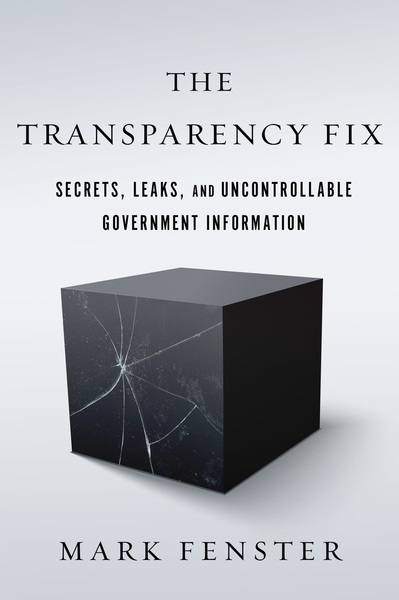 The Transparency Fix argues for a reformation in our assumptions about secrecy and transparency. The world did not end because Julian Assange, WikiLeaks, and Edward Snowden released classified information. But nor was there a significant political change. "Transparency" has become a buzzword, while secrecy is anathema. Using a variety of real-life examples to examine how government information actually flows, Mark Fenster describes how the legal regime's tenuous control over state information belies both the promise and peril of transparency. He challenges us to confront the implausibility of controlling government information and shows us how the contemporary obsession surrounding transparency and secrecy cannot radically change a state that is defined by so much more than information.

Mark Fenster is the Cone, Wagner, Nugent, Hazouri & Roth Tort Professor at the Levin College of Law, University of Florida. He is the author of Conspiracy Theories: Secrecy and Power in American Culture (1999, 2008).

"No one has done more than Mark Fenster to challenge the premises and policies of the open government movement. This book will be a foundational text in critical transparency studies."

"The Transparency Fix is an essential guide to the often heated debate over secrecy in American government. Mark Fenster explores the practical limits to keeping secrets in contemporary government and questions whether openness can really prevent abuses of power. A thoughtful, pragmatic analysis of an enduring problem."