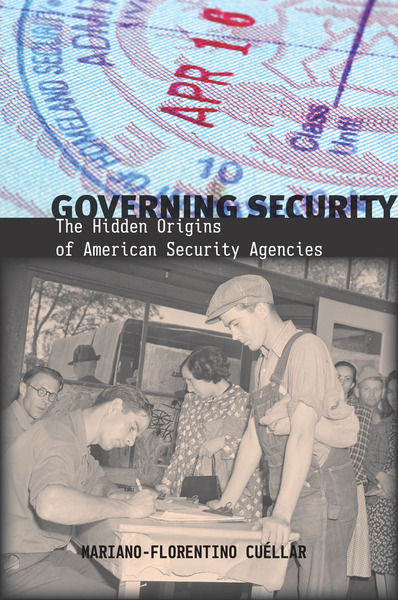 Governing Security investigates the surprising history of two major federal agencies that touch the lives of Americans every day: the Roosevelt-era Federal Security Agency––which eventually became today's Department of Health and Human Services––and the more recently created Department of Homeland Security. By describing the legal, political, and institutional history of both organizations, Mariano-Florentino Cuéllar offers a compelling account of crucial developments affecting the basic architecture of our nation. He shows how Americans end up choosing security goals not through an elaborate technical process, but in lively and overlapping settings involving conflict over statutory programs, agency autonomy, presidential power, and priorities for domestic and international risk regulation. Ultimately, as Cuéllar shows, ongoing fights about the scope of national security reshape the very structure of government and the intricate process through which statutes and regulations are implemented, particularly during––or in anticipation of––a national crisis.

Mariano-Florentino Cuéllar is the President of the Carnegie Endowment for International Peace. A former California Supreme Court Justice, he was the Stanley Morrison Professor of Law and Director of the Freeman Spogli Institute at Stanford University and served two U.S. presidents at the White House and in federal agencies.

"This well-researched and written book should become a seminal work. Any scholar or student of bureaucracy, security studies broadly, or modern US history should read this excellent book . . . Essential."

"Not only does Cuéllar's background as a professor of law and political science lend authority to his book, references to a multitude of scholars across many fields suggest that the book is a major work on American national security. Each chapter has extensive and annotated footnotes, and the book has a lengthy bibliography."

"Resurrecting FDR's largely forgotten Federal Security Agency and showing how it morphed into the present-day Department of Health and Human Services, Cuéllar exposes the organizational roots of policy and the bureaucratic roots of power. Applying this fresh lens to the Department of Homeland Security places bureaucratic power into an unforgiving glare. In this book, law, political science, and sociology come together in a masterful analysis."

"Security is a simple word with a complex and contested history. In this learned, lucid, and provocative book, Mariano-Florentino Cuellar brilliantly illuminates both the intellectual and the institutional evolution of America's often-troubled preoccupation with security over the last three-quarters of a century."

"Governing Security deftly blends archival research, news accounts, and bureaucratic theory to reveal fascinating parallels and divergences in the establishment and operation of the old Federal Security Agency and new Department of Homeland Security. Cuellar offers compelling insights—for policymakers on the attractiveness of defining security broadly and for political scientists on the myriad factors that shape agency creation." 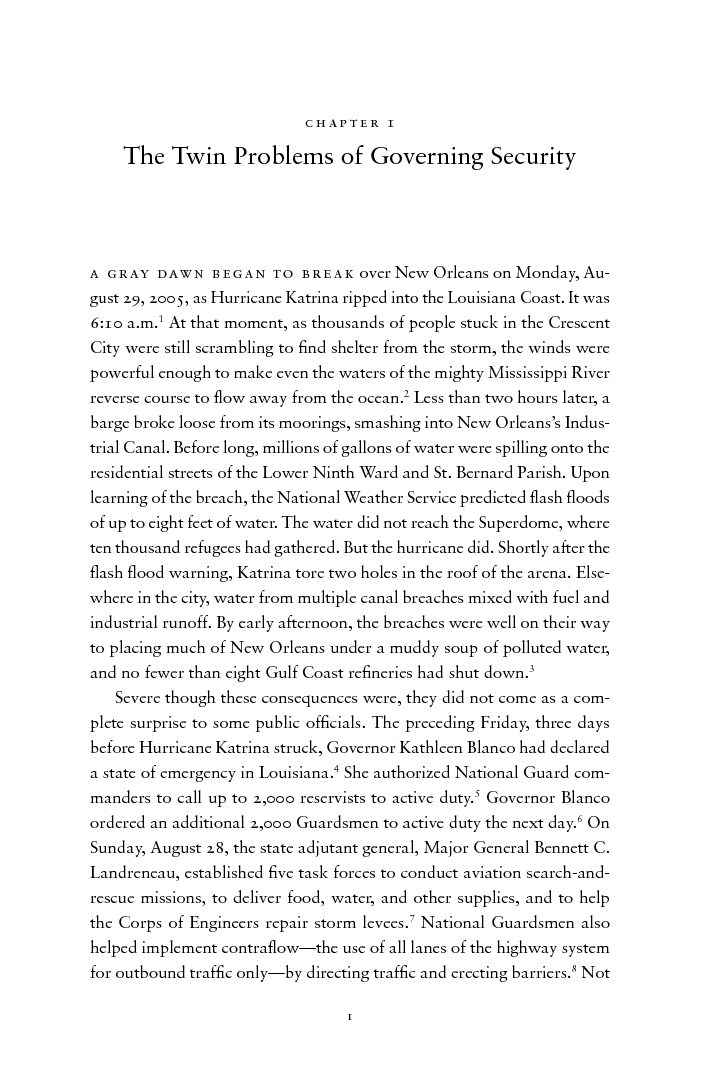 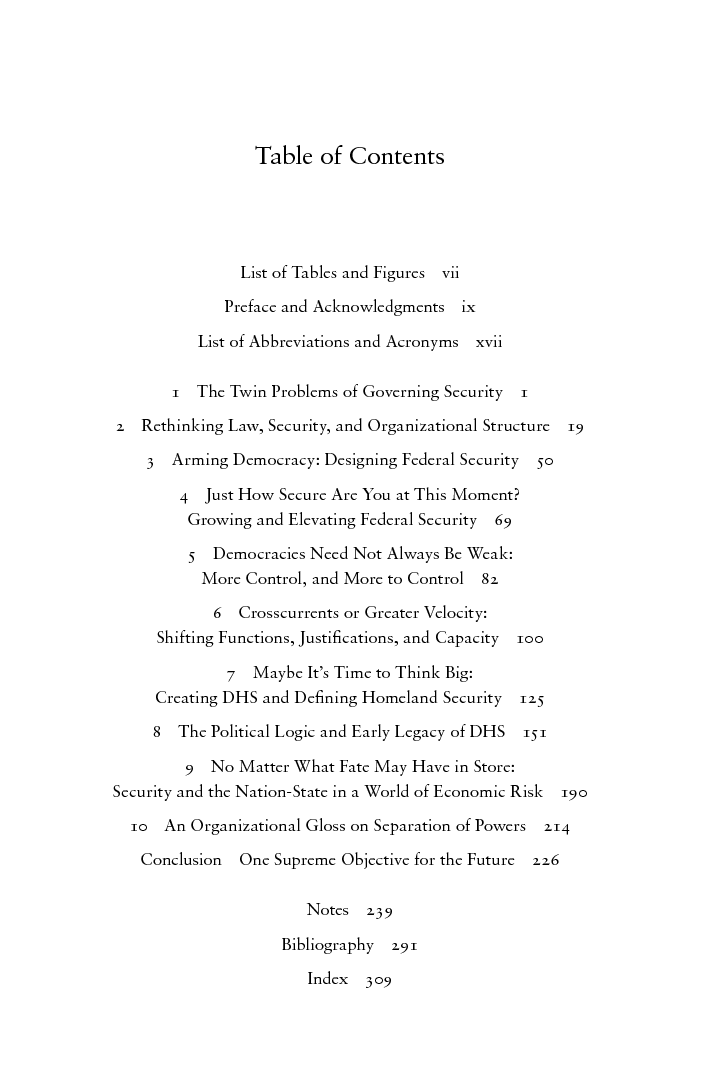 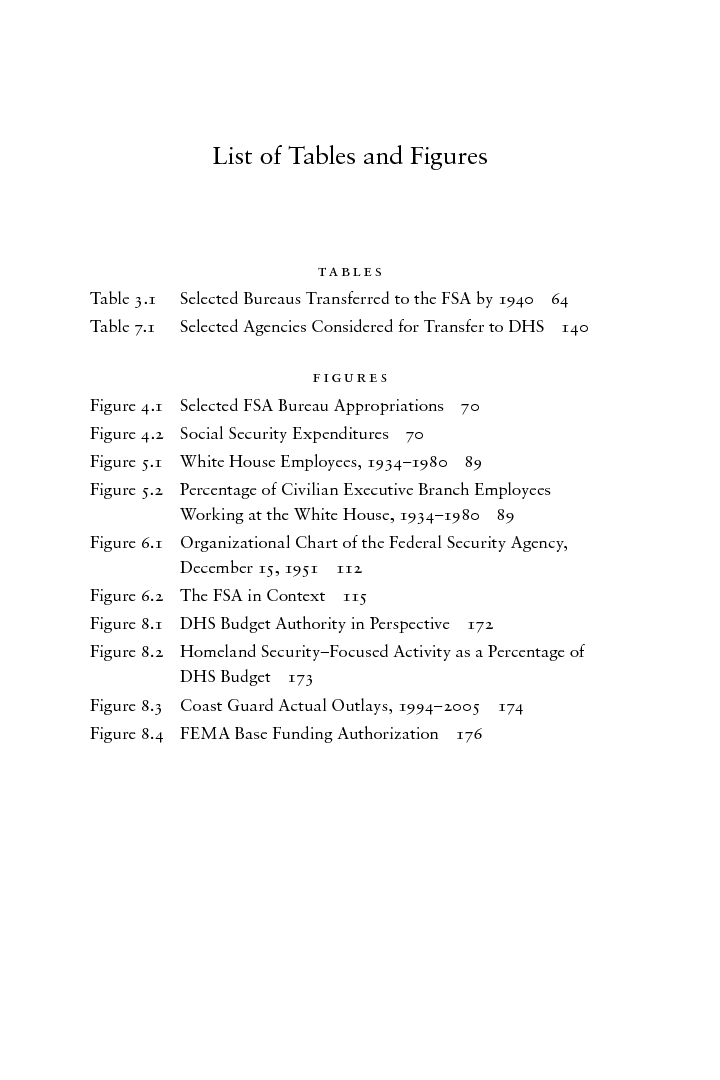