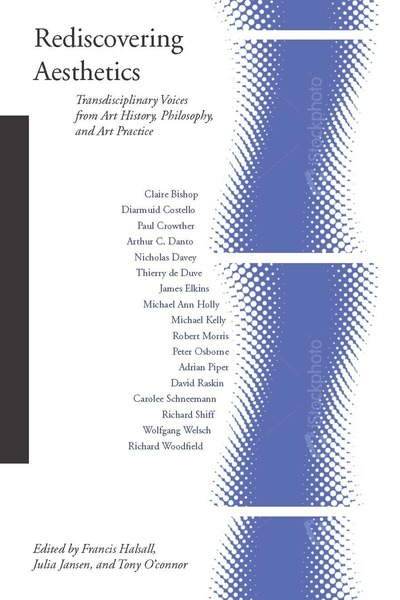 Rediscovering Aesthetics brings together prominent international voices from art history, philosophy, and artistic practice to discuss the current role of aesthetics within and across their disciplines.

Following a period in which theories and histories of art, art criticism, and artistic practice seemed to focus exclusively on political, social, or empirical interpretations of art, aesthetics is being rediscovered both as a vital arena for discussion and a valid interpretive approach outside its traditional philosophical domain. This volume is distinctive, because it provides a selection of significant but divergent positions. The diversity of the views presented here demonstrates that a critical rethinking of aesthetics can be undertaken in a variety of (possibly incompatible) ways. The contributions open a transdisciplinary debate from which a new field of aesthetics may begin to emerge.

"Rediscovering Aesthetics is an impressive collection that lives up to the mission outlined in its subtitle...this book is to be highly recommended to both experts and merely curious readers."

"Rediscovering Aesthetics collects the essays of a number of the most distinguished and articulate intellectuals and artists of our day, all of whom have original and challenging things to say about important issues. This powerful book, which focuses mostly on the visual arts, has ramifications for the reconsideration of the aesthetic in many different areas of artistic practice."

"Rediscovering Aesthetics is a valuable contribution that begins with the premise that recent developments in art history and practice have engendered a recovery of the place and role of aesthetics. It refreshingly dispenses with questions of aesthetics' origins and instead inserts itself in the midst of modern histories of art." 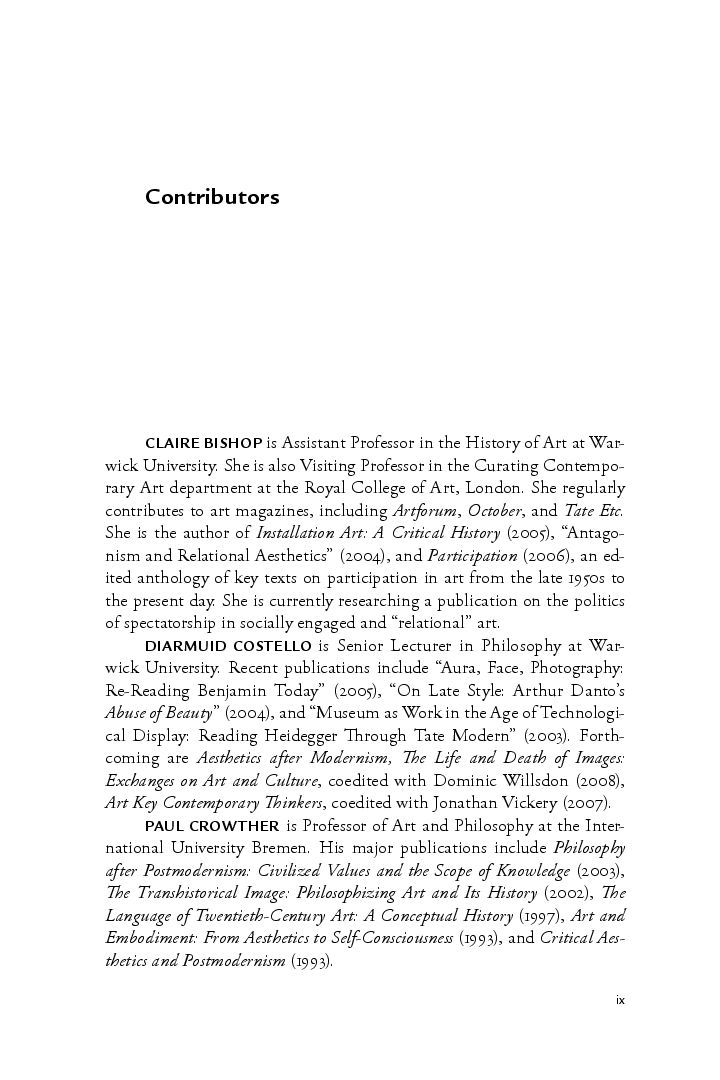 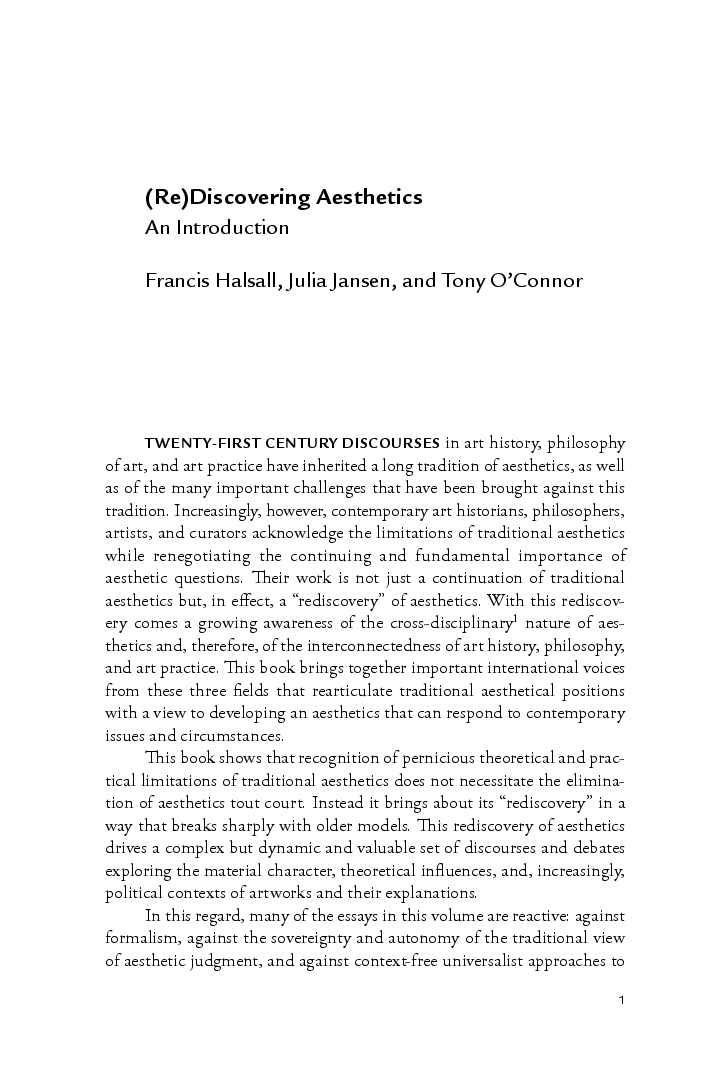 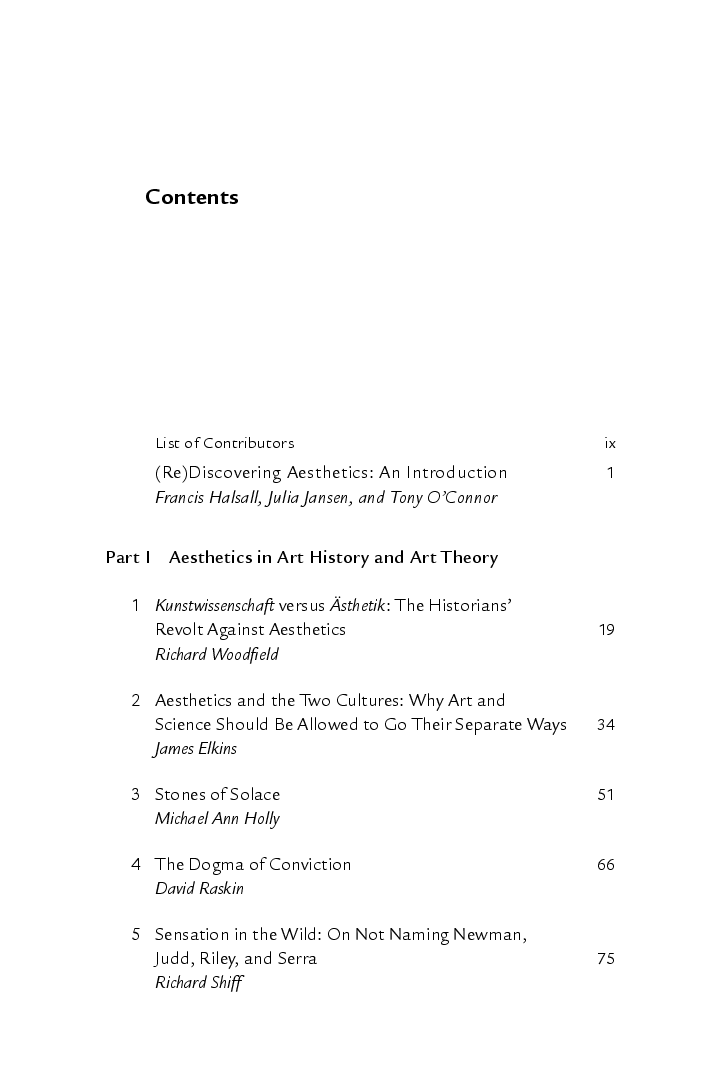