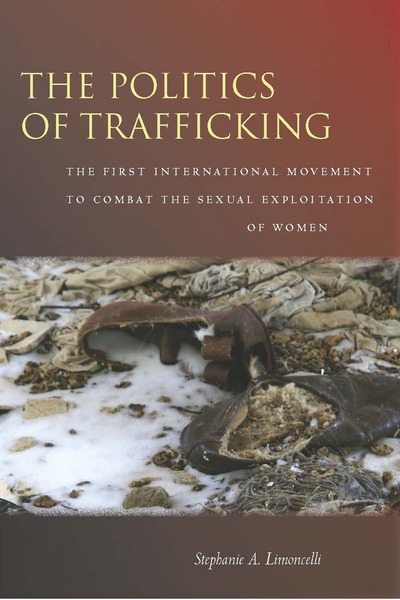 The Politics of Trafficking
The First International Movement to Combat the Sexual Exploitation of Women
Stephanie A. Limoncelli

Sex trafficking is not a recent phenomenon. Over 100 years ago, the first international traffic in women for prostitution emerged, prompting a worldwide effort to combat it. The Politics of Trafficking provides a unique look at the history of that first anti-trafficking movement, illuminating the role gender, sexuality, and national interests play in international politics.

Initially conceived as a global humanitarian effort to protect women from sexual exploitation, the movement's feminist-inspired vision failed to achieve its universal goal and gradually gave way to nationalist concerns over "undesirable" migrants and state control over women themselves. Addressing an issue that is still of great concern today, this book sheds light on the ability of international non-governmental organizations to challenge state power, the motivations for state involvement in humanitarian issues pertaining to women, and the importance of gender and sexuality to state officials engaged in nation building.

Stephanie A. Limoncelli is an Assistant Professor in the Department of Sociology at Loyola Marymount University and a former Research Associate at the International Institute at the University of California, Los Angeles.

"This is the first book to provide a rich analysis of the history of trafficking and is therefore a must-read for undergraduate and graduate students in sociology, gender studies, and history. Limoncelli's multicountry analysis in the metropole and its colonial territories is impressive. As one of the first books to provide us with a historical backdrop to the contemporary debates occurring between scholars of sex work and sex trafficking, the book is extremely timely."

"Limoncelli provides a historical explanation of how female victimhood became the predominant framework for understanding the problem of trafficking. The tension between seeing prostitution as an issue of women's subjugation or as an employment opportunity . . . is one that antitrafficking advocates have been trying to resolve for over a century."

"Overall, the book constitutes a major contribution to the literature on humanitarian antitrafficking movements. It pays particular attention to the way global movements have their effects in local contexts. As Limoncelli demonstrates, the adoption and implementation of measures to curb trafficking depended on specic histories, including the state's own history with prostitution and immigration, its religious and ethnic composition, and its colonial history, as well as the status of indigenous antitrafficking and antivice groups."

"This fascinating study of trafficking in women, primarily in Europe, addresses the dimensions of gender, sexuality, nationalism, power of states, and international social movements. Sociologist Limoncelli provides an extremely thorough (and fascinating) discussion of the general history of trafficking for prostitution and supplements that with studies of Dutch, French, and Italian cases... Highly recommended."

"Limoncelli provides a necessary and enlightening history for understanding the present world of women's sex work and for thinking about the role transnational non-governmental organizations play in making policy in conjunction with both states and the United Nations. No one interested in the fraught struggles over sex work and trafficking can afford to ignore this history."

"So many sex trafficking debates remain unresolved today. Should foreign women in prostitution be automatically deported to their country of origin? Should fraud and duplicity be added to outright coercive force among the criteria used by authorities when determining whether a woman has been trafficked? Are young girls in more need of protective action than women? This remarkable work reveals how integral the study of gendered colonization is to the investigation of the emergence of international and transnational political organizing."

—Cynthia Enloe, Clark University, author of The Curious Feminist: Searching for Women in a New Age of Empire

"The Politics of Trafficking is a timely contribution to the global debate surrounding the complex origins of both trafficking and anti-trafficking politics. Stephanie Limoncelli's book is a must-read for understanding the historical nexus of states, immigration, and the control over sexual labor." 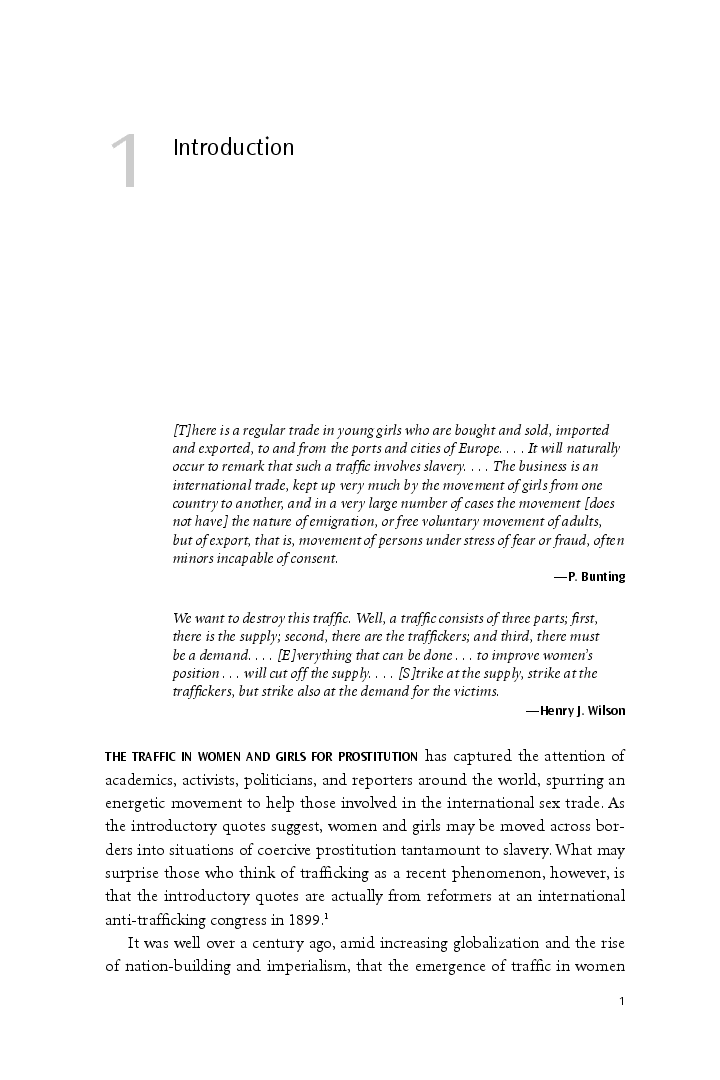 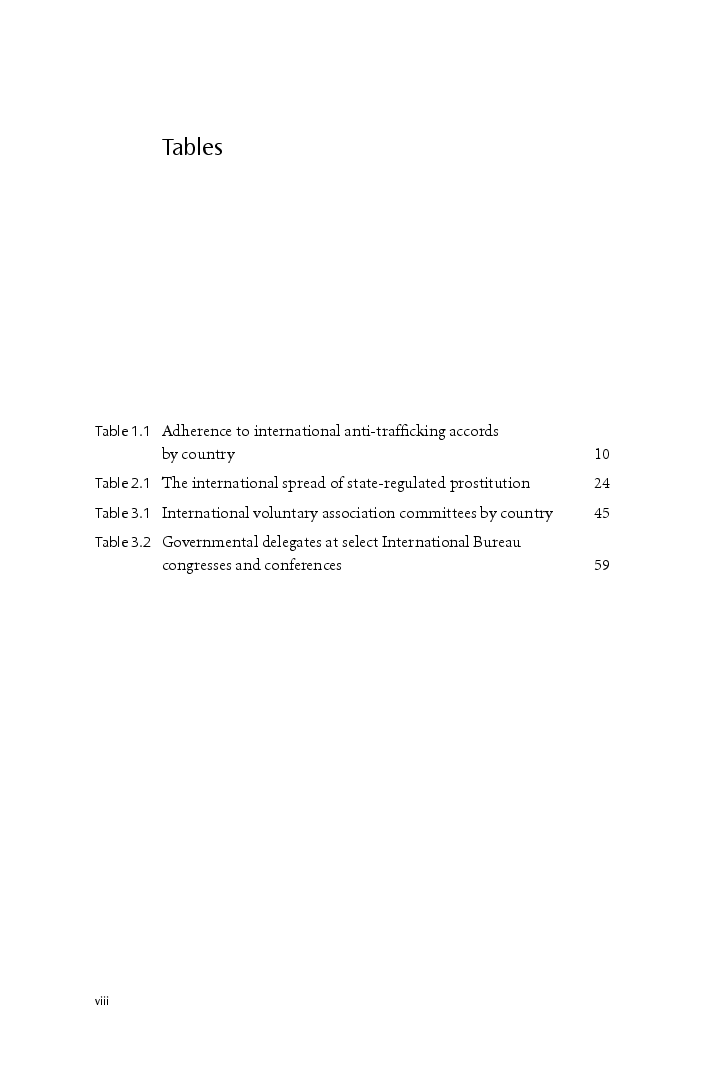 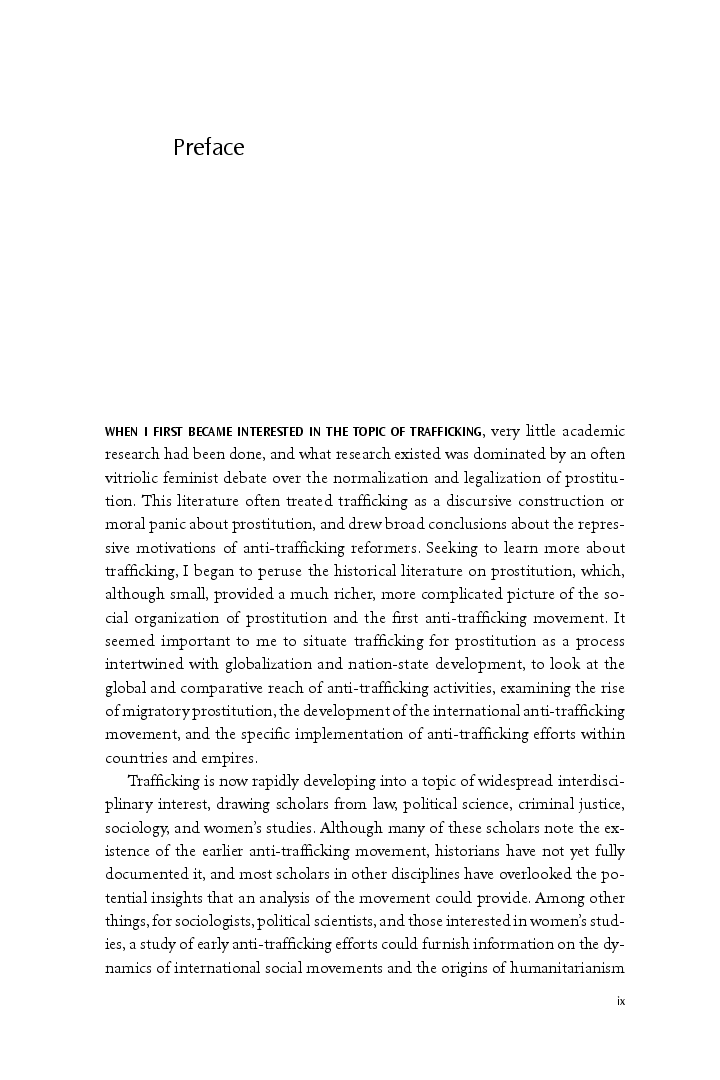 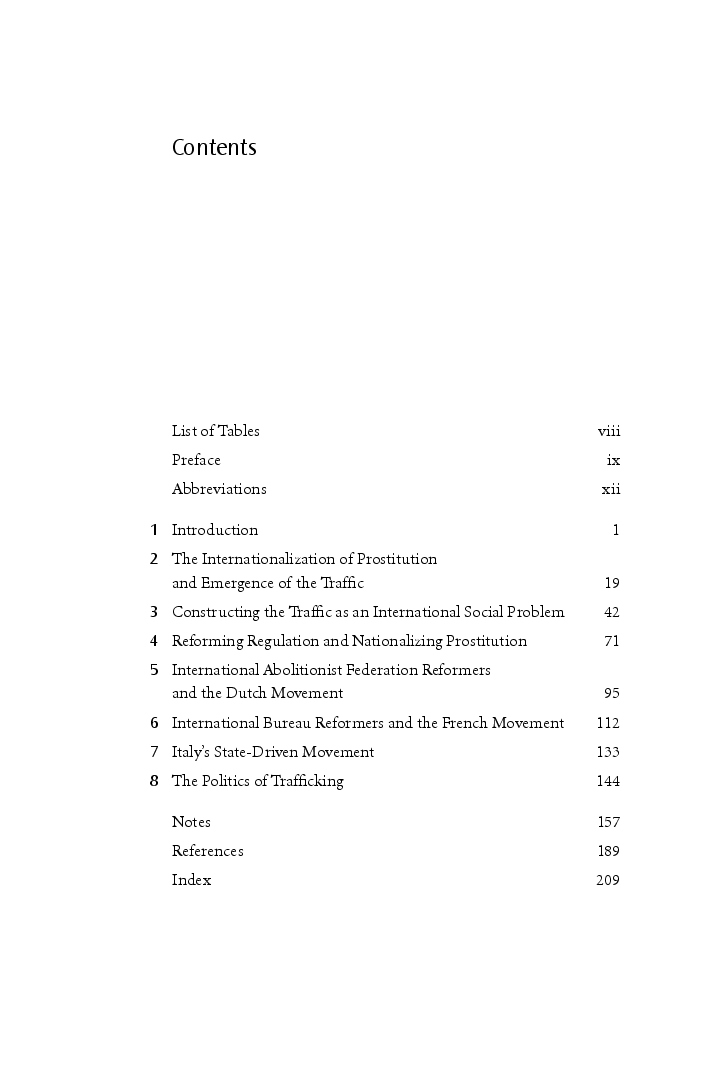