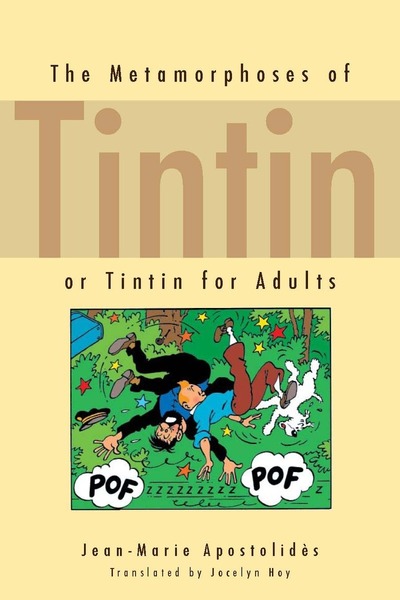 The Belgian artist Georges Remi's (Hergé) legendary creation, Tintin is a figure whose adventures have enchanted readers in Europe for the last eighty years. The series is one of the most popular European comics of the twentieth century, with translations published in over 50 languages and more than 200 million copies of the books sold to date. With the proliferation of Tintin blogs, Steven Spielberg's and Peter Jackson's planned cinematographic adaptations, and a Tintin museum scheduled to open in Belgium in the near future, there are many signs that the popularity of Hergé's boy hero continues to grow.

The Metamorphoses of Tintin is the English translation of the first critical study of the canonical Tintin cartoons. Published in French in 1984 and republished many times since, this pioneering work examines the long career of both the cartoonist and his creation. Hergé's right-wing upbringing, all too apparent in his first two albums, brought accusations of misogyny, anti-Semitism, and racism, but in the endless revisions he undertook over the course of his career, he proved skillful at evading his critics. After the Second World War, Tintin's adventures became more psychological than political, thus appealing to a wider range of readers. He left behind the real world and came to occupy the center of a fictional universe where he tirelessly championed the underdog. A figure without origins, he turned international hero at the very moment that Western nations were becoming homogenized and transmitting their commodities and values on a global scale. Arguing that the series of albums thus offers a reflection on the whole of twentieth-century life, Jean-Marie Apostolidès traces the evolution of Tintin's character and reveals the unity of Hergé's masterpiece.

"The translator, Jocelyn Hoy, has done an exceptional job of rendering conceptually difficult material clear and elegant without sacrificing the precision of Apostolidès' original text... Apostolidès' focus on the interiority of the text renders The Metamorphoses of Tintin or Tintin for Adults a fascinating exercise in psychoanalytic literary criticism, one full of insight and the starting point for anyone interested in close readings of the albums... Apostolidès very successfully traces the evolution of tone, narrative, and character through a psychoanalytic close reading. It is the capacity for change, the metamorphoses, inherent to Hergé's fictional masterpiece that Apostolidès so richly details thereby demonstrating that Tintin's world is not dead on the page, but vibrantly alive."

"[Apostolidès] convincingly makes the case that the much-loved Tintin narratives are worthy of the kind of attention more usually accorded to works of the established literary canon."

"The Metamorphoses of Tintin, a classic of contemporary French literary scholarship, is one of the most successful examples of a study in "lowbrow" literature. Apostolidès shows how the highly successful comic-book series, The Adventures of Tintin, incorporates sophisticated anthropological insights into the nature of religious beliefs, the structure of fetishism, mimetic rivalry, drugs, and sexuality. Explaining how a tinge of colonialist pride in the early years of the series soon gave way to an attitude of solidarity with marginalized people and the poor, Apostolidès argues that the adventures of Tintin express a larger movement from a society concerned with public values to one more interested in private life."

"Moreover, there are scores of scholarly books and articles about the young reporter, including that foundational work of Tintinology, the 1984 study by Jean-Marie Apostolidès, which has now been translated as The Metamorphoses of Tintin. This last is a labor of love but also of sophisticated analysis, examining the evolution and changing character of the Tintinesque universe Tintinatics of a scholarly turn will certainly want to acquire Jean-Marie Apostolidès's The Metamorphoses of Tintin."

"In the course of describing the genesis and metamorphoses of the Tintin series and its characters, the author applies anthropological insights to topics such as value deflation, order and symmetry, rivalry, fetishism, and religious beliefs.... This volume's strengths: its groundbreaking critical approach, careful scrutiny of characters and plots, and clear, concise presentation (the last attributable to Hoy's translation).... Recommended." 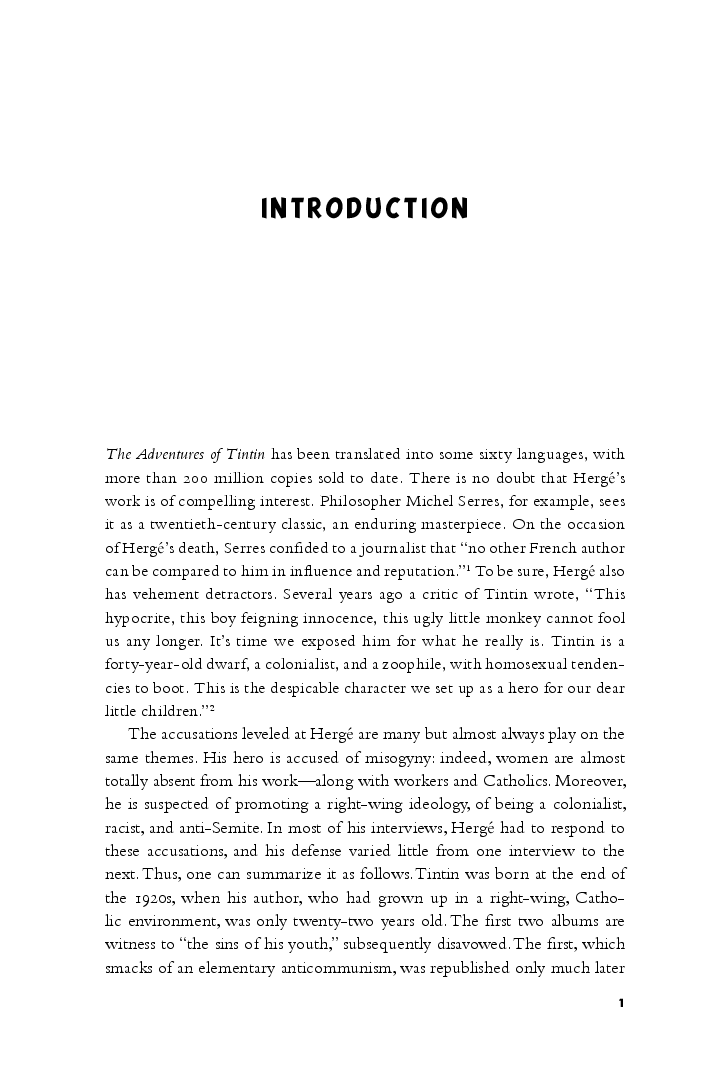 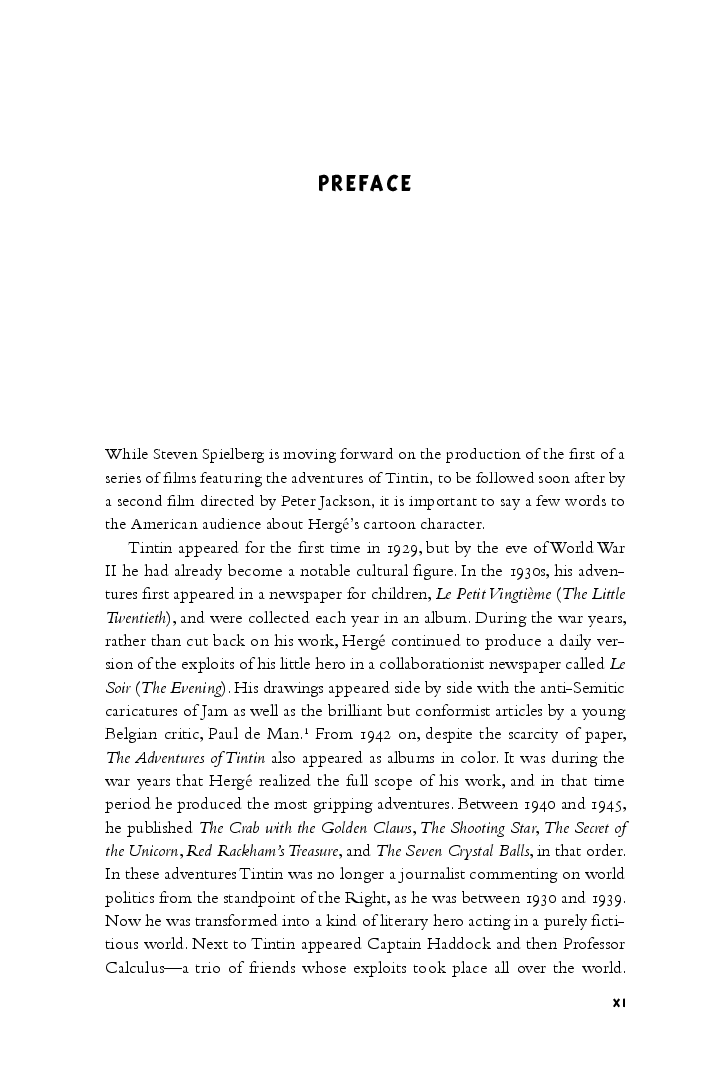 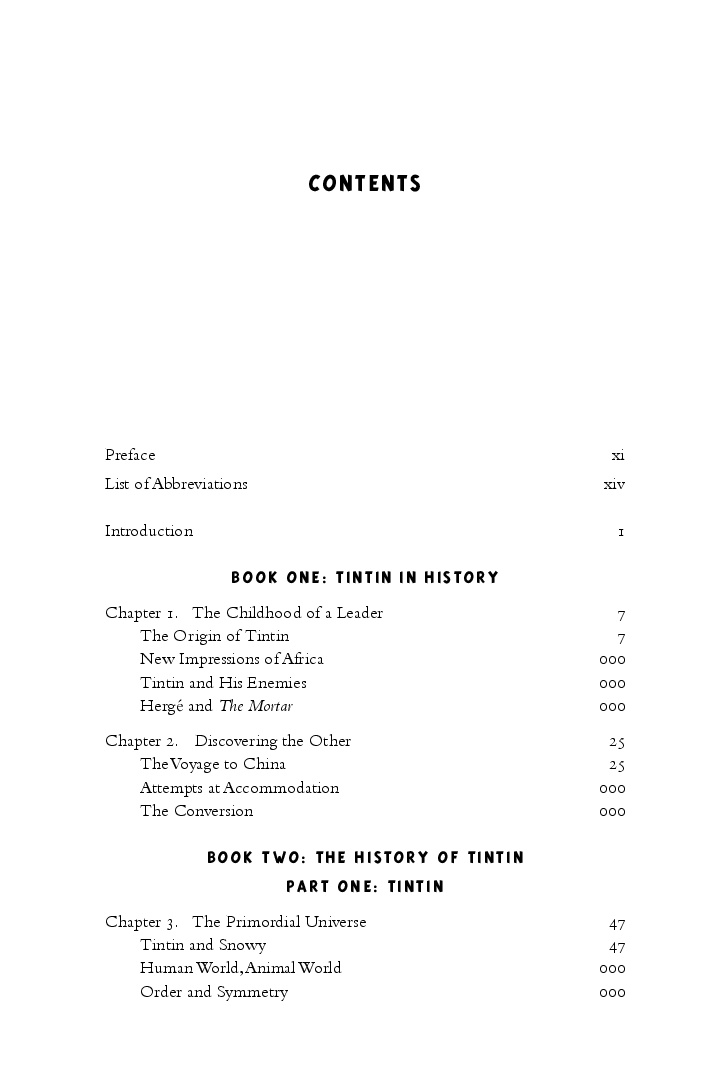