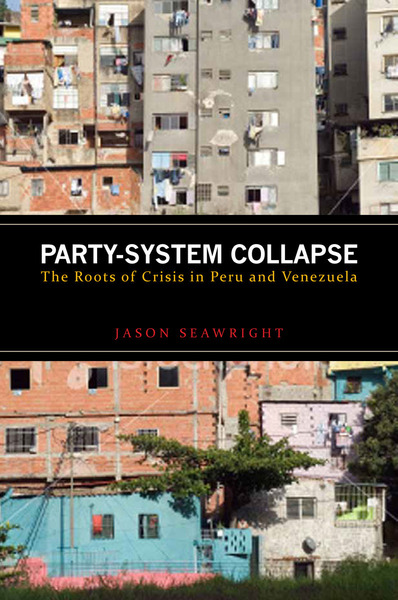 Most party systems are relatively stable over time. Yet in the 1980s and 1990s, established party systems in Peru and Venezuela broke down, leading to the elections of outsider Alberto Fujimori and anti-party populist Hugo Chavez. Focusing on these two cases, this book explores the causes of systemic collapse.

To date, scholars have pointed to economic crises, the rise of the informal economy, and the charisma and political brilliance of Fujimori and Chavez to explain the changes in Peru and Venezuela. This book uses economic data, surveys, and experiments to show that these explanations are incomplete. Political scientist Jason Seawright argues that party-system collapse is motivated fundamentally by voter anger at the traditional political parties, which is produced by corruption scandals and failures of representation. Integrating economic, organizational, and individual considerations, Seawright provides a new explanation and compelling new evidence to present a fuller picture of voters' decisions and actions in bringing about party-system collapse, and the rise of important outsider political leaders in South America.

"The author [...] does a good job in marshalling the considerable amounts of empirical evidence necessary to sustain his argument . . . Seawright's book is interesting and deserves considerable scholarly attention. It takes two spectacular case studies and uses them to add significantly to the wealth of existing literature on political parties."

"Party-System Collapse opens important new avenues of research. The psychological experiment is particularly innovative, and the original survey of local party leaders in three countries will be helpful to social scientists for decades. The analyses of the implications of corruption scandals and of ideological under-representation are important contributions to the study of Latin American politics."

"Seawright provides a systematic analysis of the collapse of the established political party system in Peru and Venezuela during the 1980s and 1990s, using extensive statistical measurement of public opinion to determine the apparent causes of the abrupt downfall of the dominant political parties . . . Recommended."

"Seawright offers the best explanation I've read for the collapse of party systems in Peru and Venezuela. He succeeds in coherently weaving together many factors—psychological, economic, institutional, ideological—with sophisticated methodology, and also provides an exemplary study of the roles of leadership and mass opinion in regime change."

"Seawright frames an intriguing question. Why did the party system, in the context of economic difficulties, collapse in Peru and Venezuela, while pressing economic problems in Argentina in 2001 did not produce the same results? The author attributes the phenomenon to voter anger over corruption and the failure of the established political parties to represent their viewpoints on the ideological spectrum. In contrast, Argentina's Peronist party adapted to the new political landscape after the failure of neoliberalism, and consequently the nation averted party breakdown. Seawright grounds his conclusions on a wealth of empirical evidence. This book is comparative politics at its best." 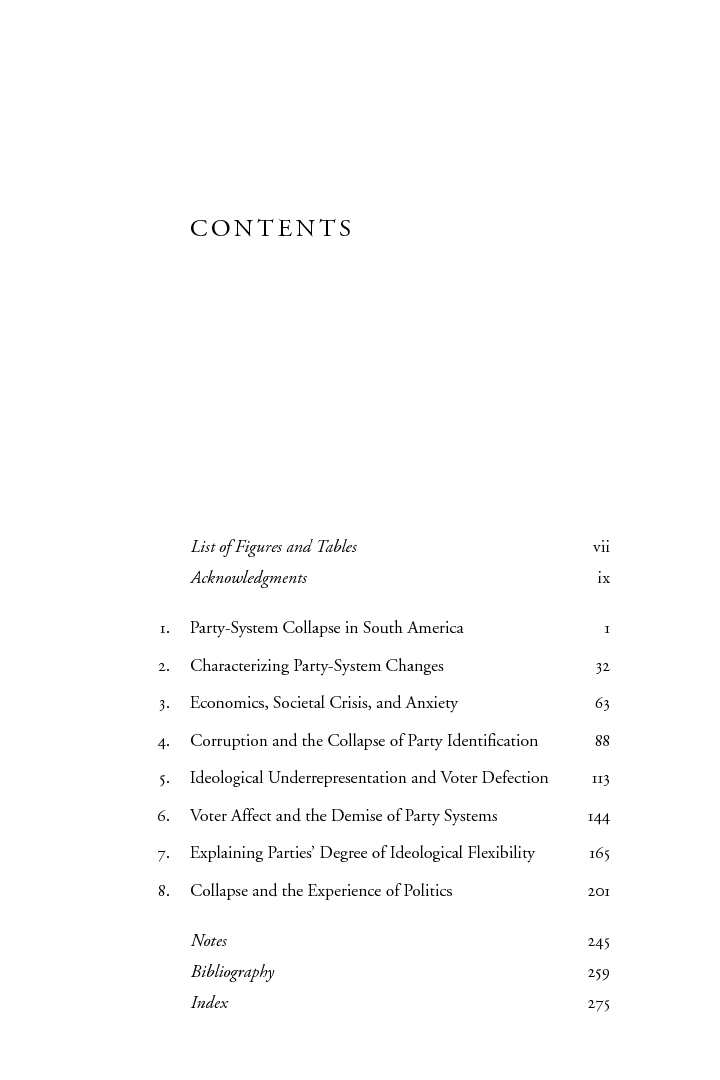 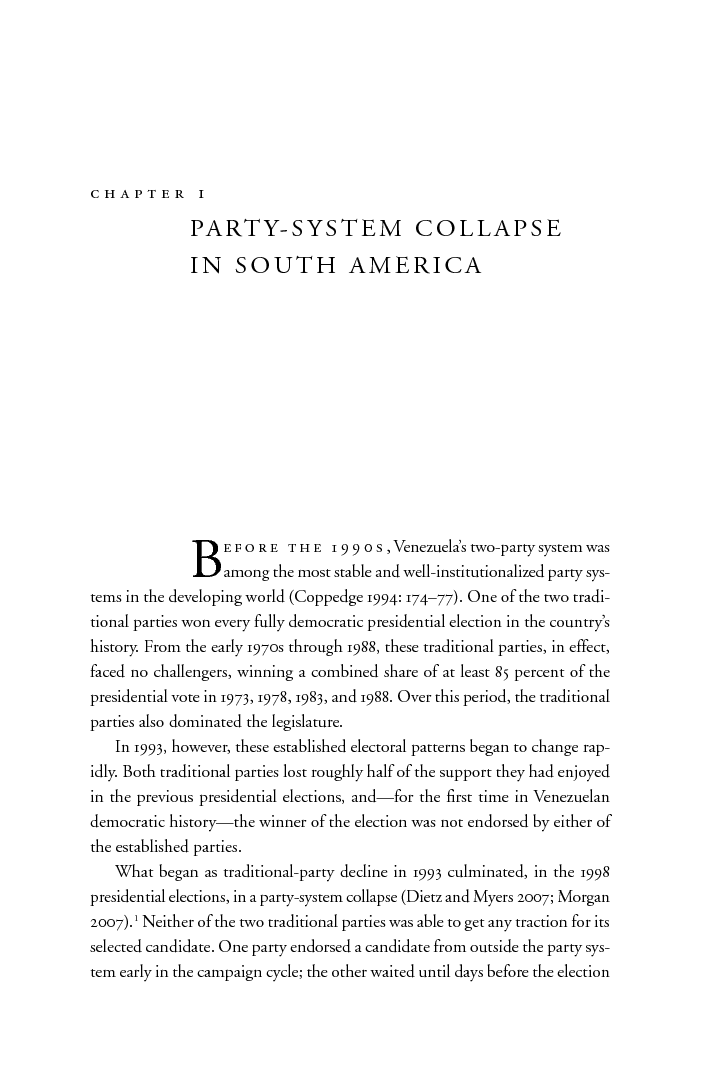 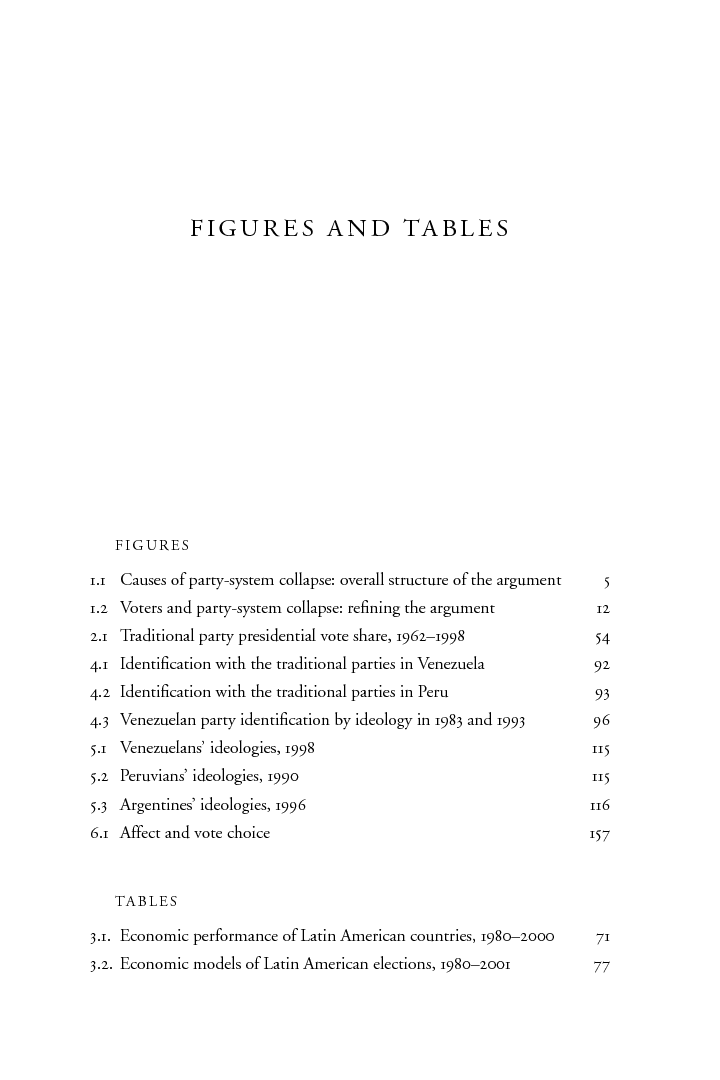