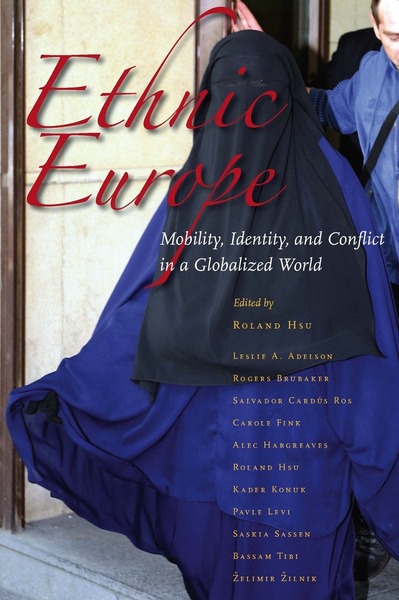 Ethnic Europe examines the increasingly complex ethnic challenges facing the expanding European Union. Essays from eleven experts tackle such issues as labor migration, strains on welfare economies, the durability of local traditions, the effects of globalized cultures, and the role of Islamic diasporas, separatist movements, and threats of terrorism. With Europe now a destination for global immigration, European countries are increasingly alert to the difficult struggle to balance minority rights with social cohesion. In pondering these dilemmas, the contributors to this volume take us from theory, history, and broad views of diasporas, to the particularities of neighborhoods, borderlands, and popular literature and film that have been shaped by the mixing of ethnic cultures.

Roland Hsu is Assistant Director of the Forum on Contemporary Europe at the Freeman Spogli Institute for International Studies and Lecturer in the Humanities at Stanford University.

"This lively, informative, and thought-provoking interdisciplinary collection of nine essays explores the effects that globalization and immigration have had on ethnic identities in Europe. . . While an updated edition will eventually be necessary, this collection remains a powerful document, and will be of great interest and use to students and scholars of world history, as well as those specializing in European studies, international relations, immigration and globalization, cultural studies, and comparative literature."

"This is a fine volume of analytical essays on one of the most important European subjects of our time. By revealing the full complexity of ethnicity in contemporary Europe, the authors also point to ways forward for a multi-ethnic continent."

"This book is a timely and incisive contribution to our understanding of migration flows into Europe in today's globalized world. Substantial movements of peoples into Europe, from far beyond traditional countries of origin, present the European Union and the countries of Europe with fundamental challenges in human, social, and political terms. Ethnic Europe is an excellent guide and tool in analyzing a subject of major importance for the road ahead for European integration."

"Ethnic Europe is an elegantly conceived anthology that makes an important contribution to the field of contemporary European studies and forces scholars to think about ethnicity in new and exciting ways. This collection is absolutely unique in its interdisciplinarity; the essays written by leading sociologists, humanists, historians, and film critics complement each other as well as extend the boundaries of European studies."

"Ethnic Europe brings new thoughts to the complex of problems about the newest immigration into contemporary Europe and the issues around the assimilation—or not—of the newest arrivals." 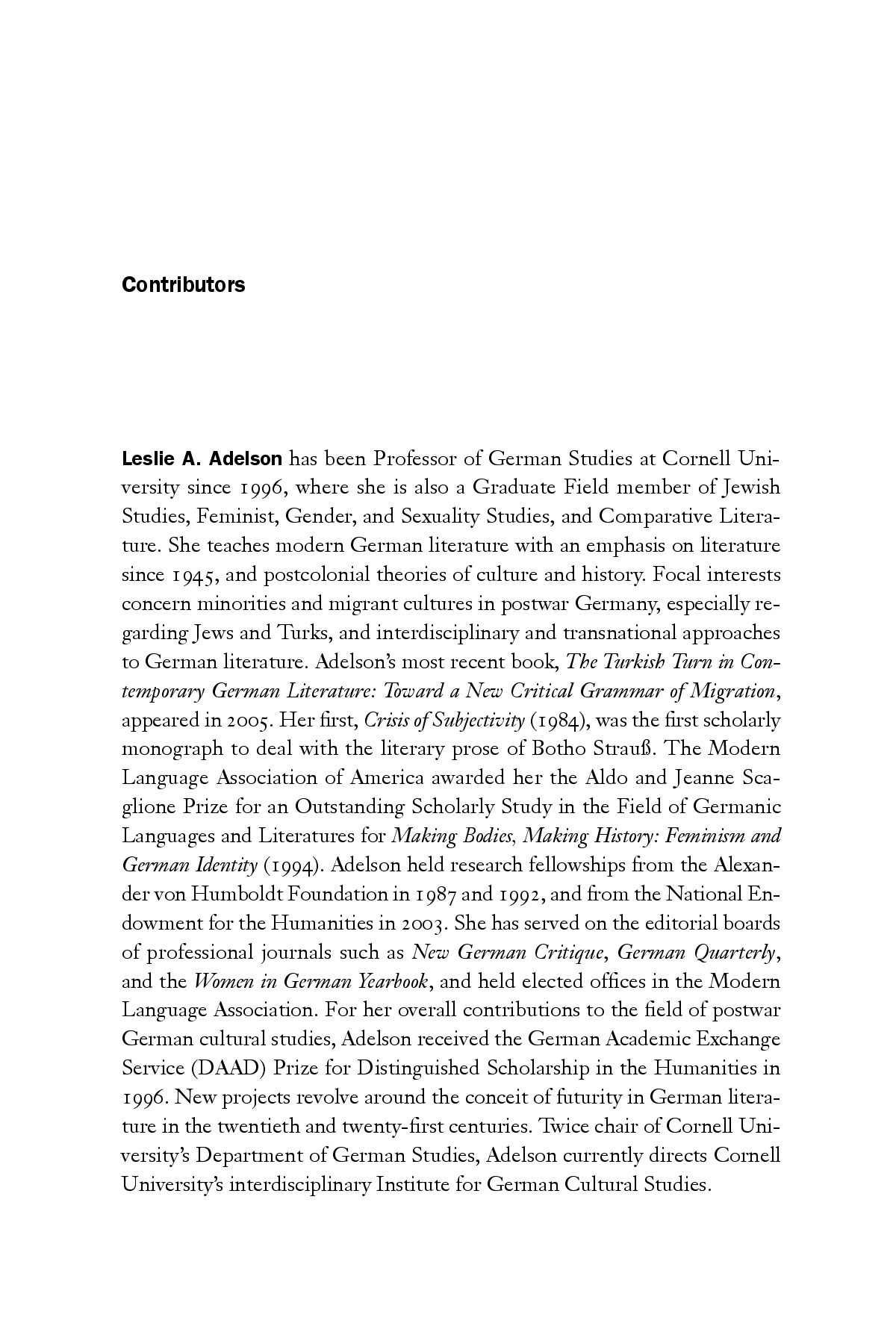 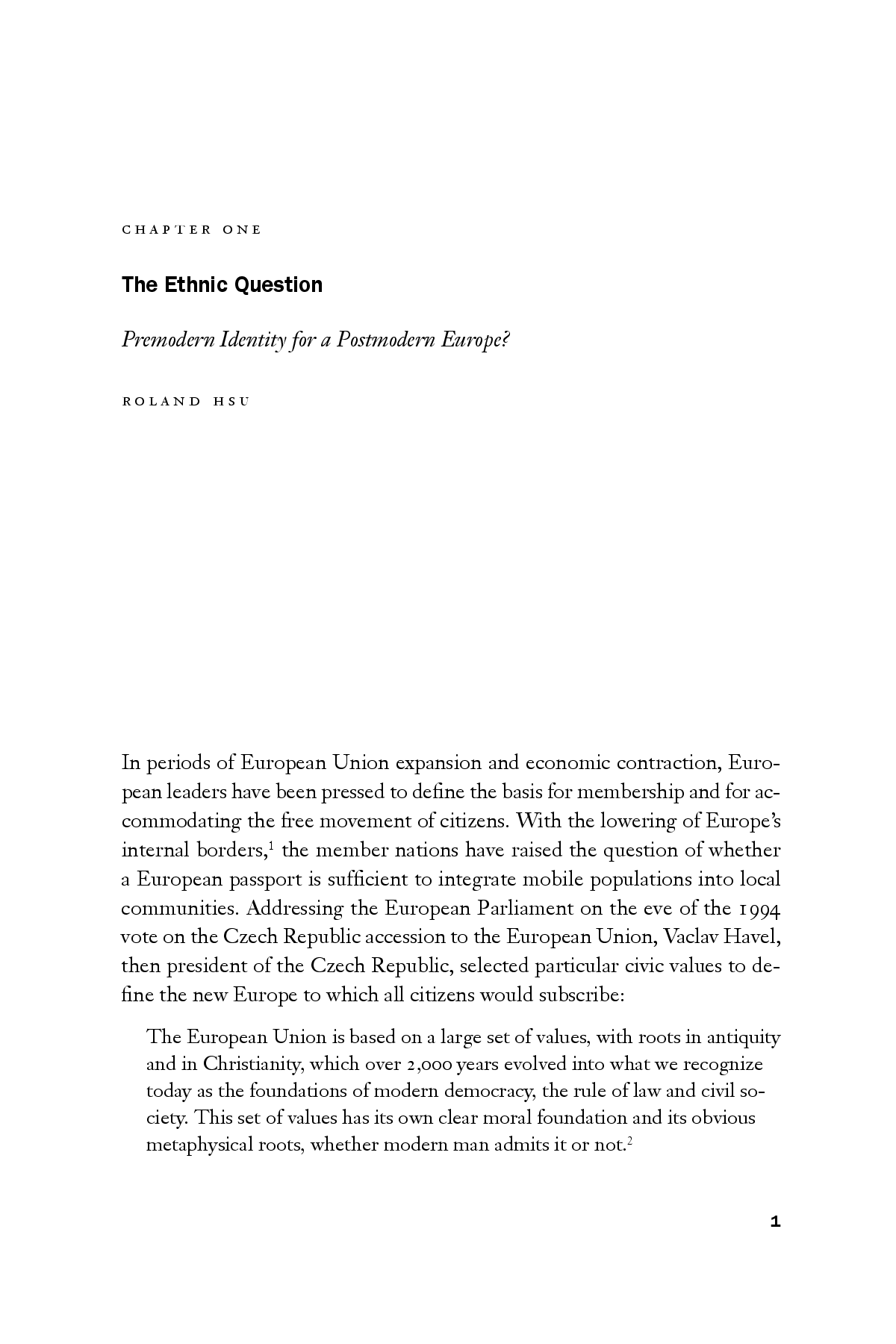 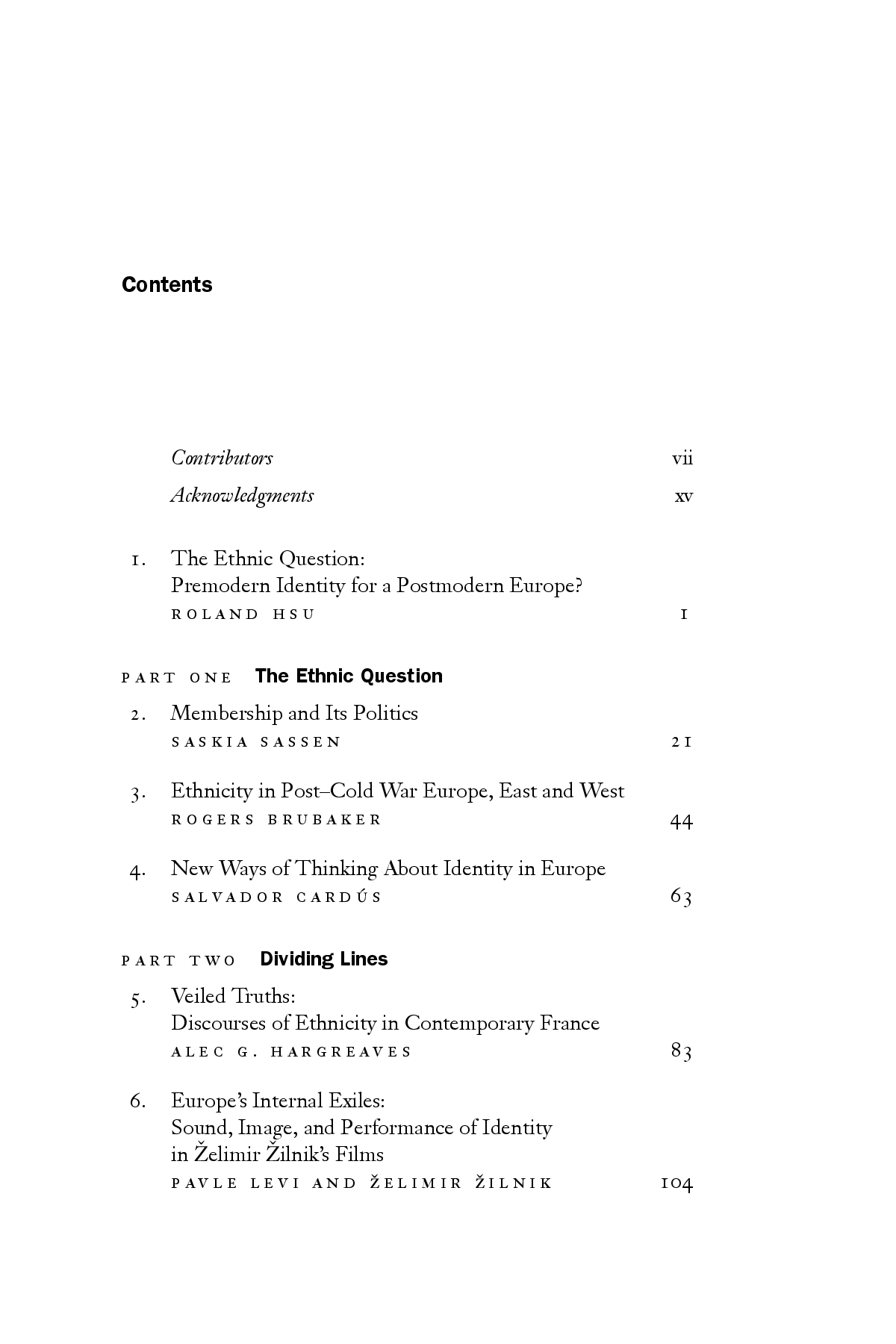