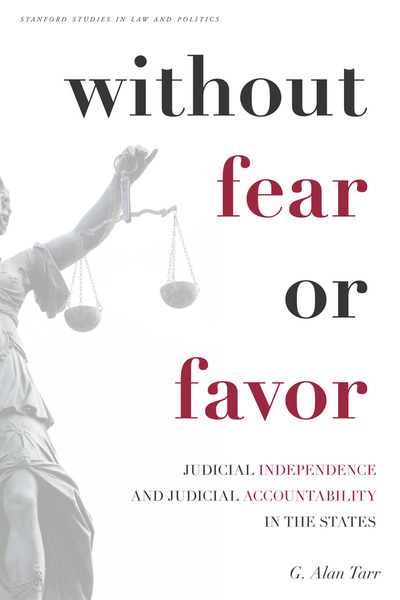 Without Fear or Favor
Judicial Independence and Judicial Accountability in the States
G. Alan Tarr
SERIES: Stanford Studies in Law and Politics

The impartial administration of justice and the accountability of government officials are two of the most strongly held American values. Yet these values are often in direct conflict with one another.

G. Alan Tarr is Director of the Center for State Constitutional Studies and Distinguished Professor of Political Science at Rutgers University-Camden. He is the author or editor of several books on constitutionalism and on federalism, and has lectured on these subjects in United States, Africa, Asia, Europe, and South America.

"Tarr offers a thoughtful and comprehensive analysis of the claims and counterclaims made by critics and supporters of judicial elections. . . . Tarr's book is well-crafted and should be easily accessible to legal academics, policymakers, and the broader lay public."

"Tarr presents an overview of the conflicting arguments surrounding state-level judiciaries and their influence in the political system. The author presents a comprehensive, critical, in-depth analysis of the arguments surrounding judicial independence and accountability within US state governments and the notable impact of judicial elections on this important debate . . . Tarr's work has long explored a criticial area within the understanding of state governments, and this study is required for both scholars and those interested in US state governments. Essential."

"Alan Tarr addresses one of the most dramatic contrasts between the national and (most) state governments in the United States: the strong reliance on elected judiciaries in the states. The topic is not only of genuine theoretical interest—e.g., are elected judiciaries measurably worse than appointed judiciaries of the kind we have at the national level?—but also of increasing public interest as well, given the increased willingness of angry electorates to fire judges whose opinions they do not like. Tarr has written a highly readable book that provides a plausible solution to the particular ills of elected judiciaries that does not require eliminating them."

—Sanford Levinson, author of Framed: America's 51 Constitutions and the Crisis of Governance 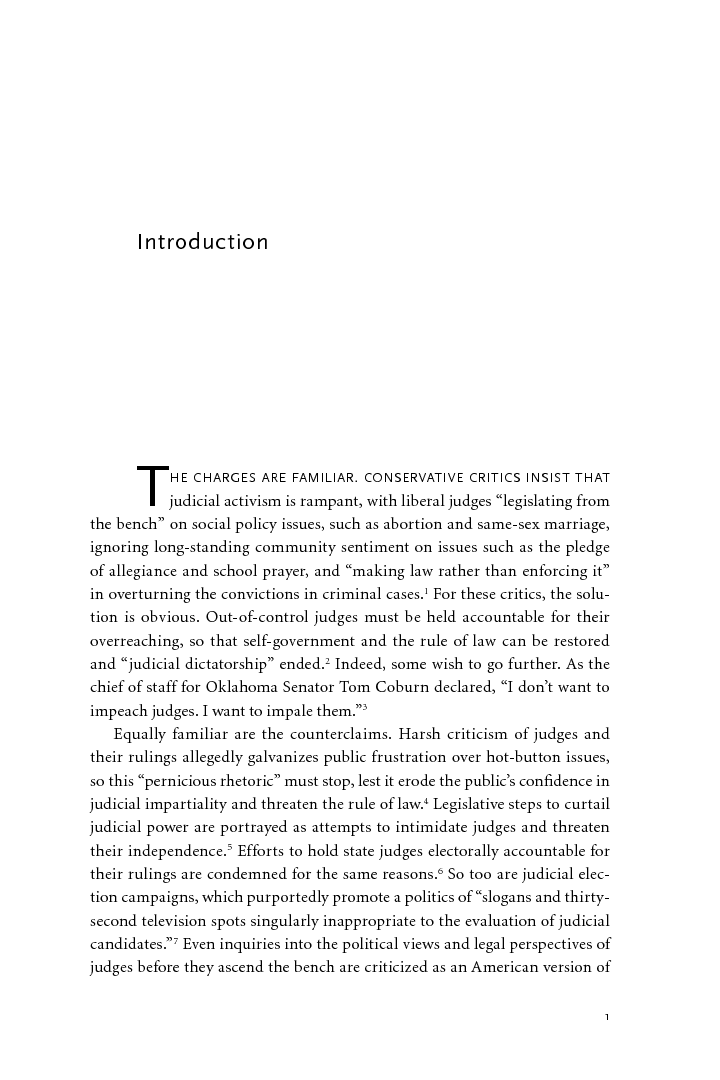 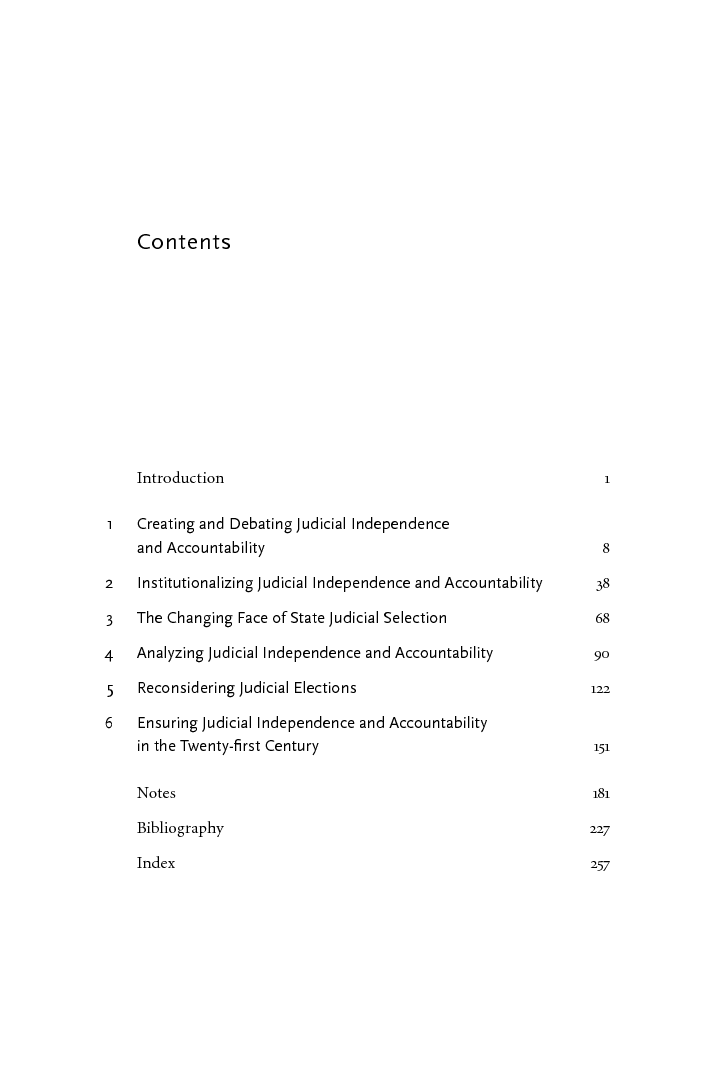