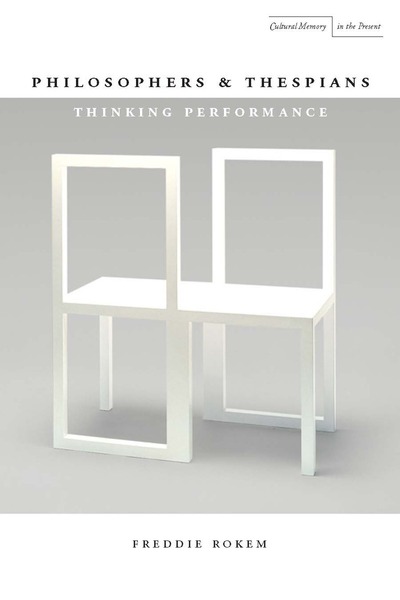 The interaction between philosophy and theater or performance has recently become an important and innovative area of inquiry. Philosophers and Thespians contributes to this emerging field by looking at four direct encounters between philosophers and thespians, beginning with Socrates, Agathon, and Aristophanes in Plato's Symposium and ending with a discussion between Walter Benjamin and Bertolt Brecht about a short text by Franz Kafka. Rokem also examines in detail Hamlet's complex and tragic split identity as both philosopher and thespian, as well as the intense correspondence between Friedrich Nietzsche and August Strindberg. His investigations—which move between the fictional and the historical—culminate in a comprehensive discussion of the notions of performance and performativity as derived from the discursive practices of philosophy and performance. At times competitive or mutually exclusive, these discourses also merge and engage with each other in creative ways.

Freddie Rokem, author of the prizewinning Performing History: Theatrical Representations of the Past in Contemporary Theatre, is the Emanuel Herzikowitz Professor for 19th and 20th-Century Art at Tel Aviv University.

"This book, by theater historian and preformance theorist Freddie Rokem, makes a significant contribution to both fields . . . Rokem has crafted an enaging and vigorous study of the relationship between theater and philosophy that does as Horace recommended theater do, instruct and delight."

"Philosophers and Thespians is a cultural-studies discourse on human life as a journey. Rokem's book embraces wide-ranging cultural contexts that complement his philosophy of history. In contrast to the proponents of new historicism, Rokem supplements his subjective narration with substantive intertextual and historical research. The practical and detailed applications of the concept of performativity make this book a valuable companion to graduate cultural studies and philosophy programs."

"This is an exemplary book of both comparison and drama. It describes four historical encounters between thespian-like philosophers and philosophically inclined thespians . . . Philosophers and thespians share in thinking and doing, in word and action. Rokem's method of writing and thinking—a method of eyewitnessing and commentary—intends to match and indeed does match his subject matter. The match makes this a most worthwhile book to read and to review." 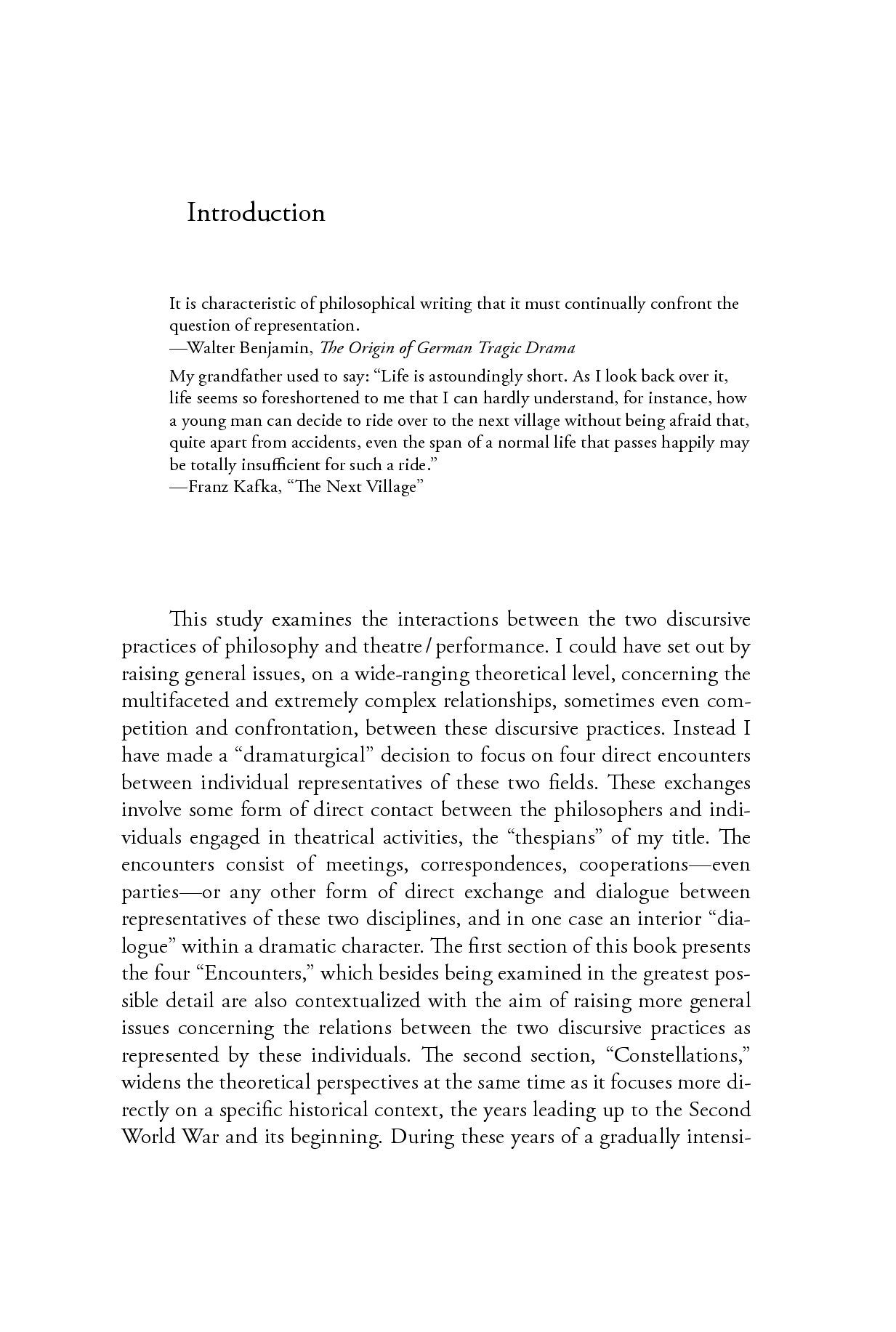 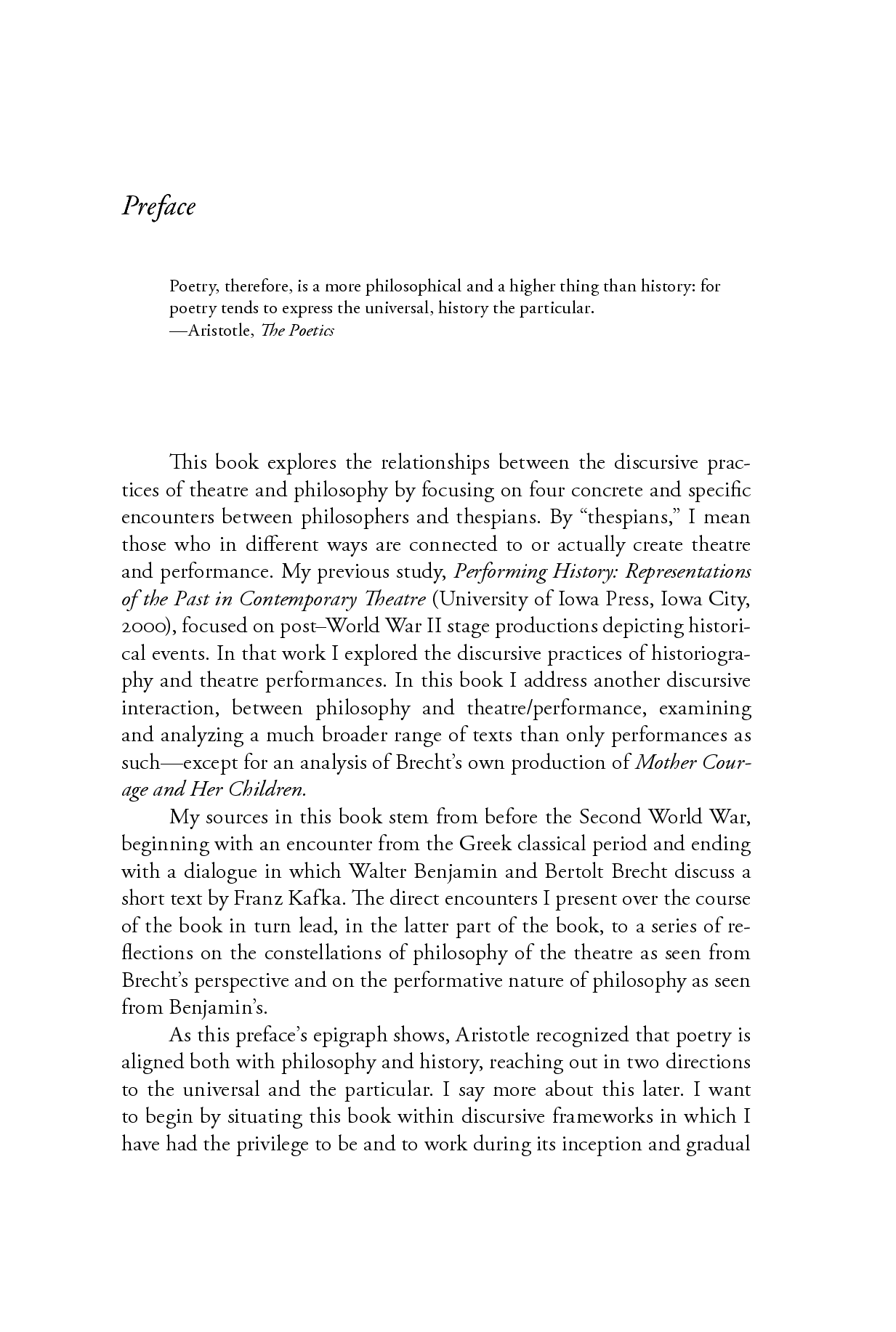 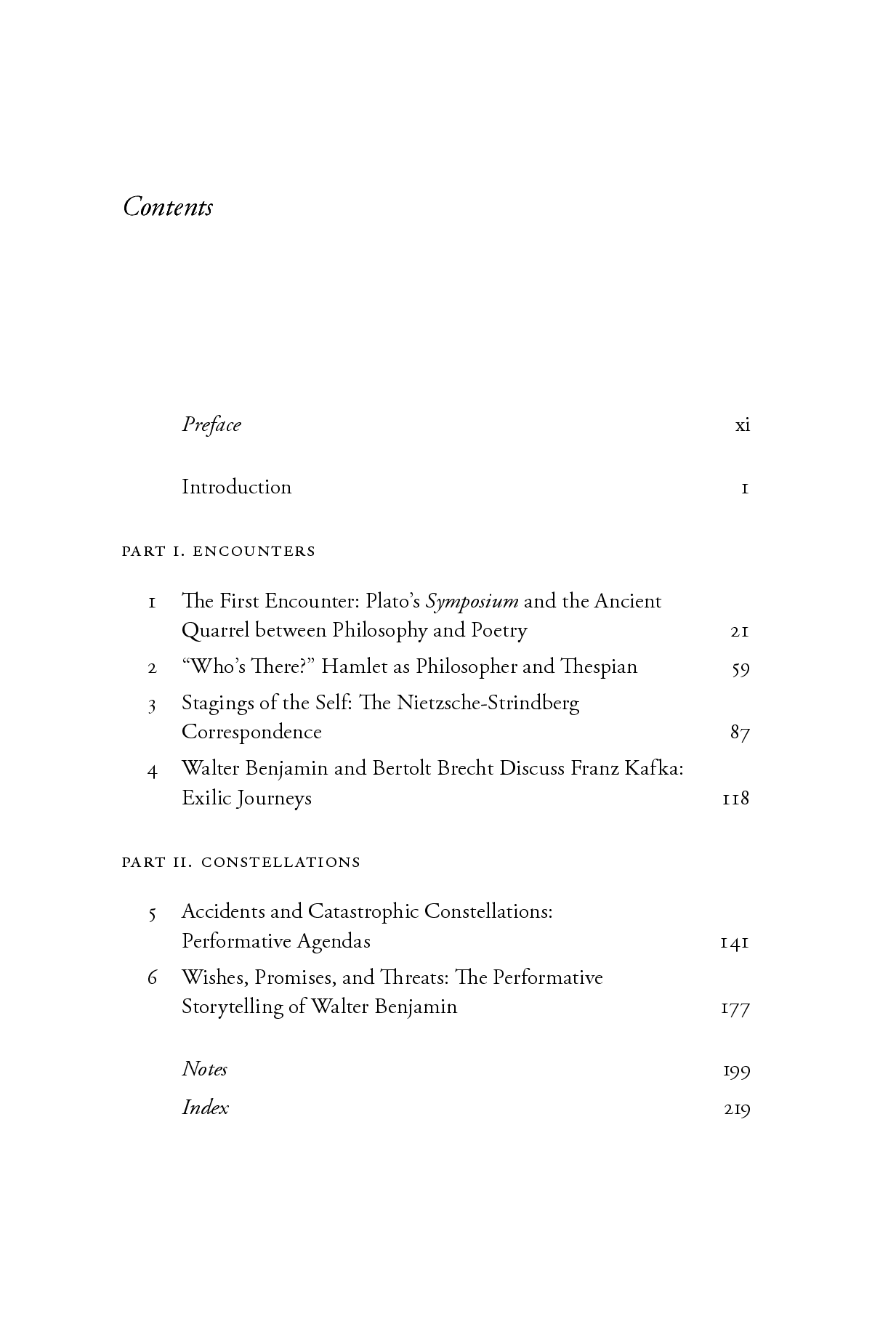