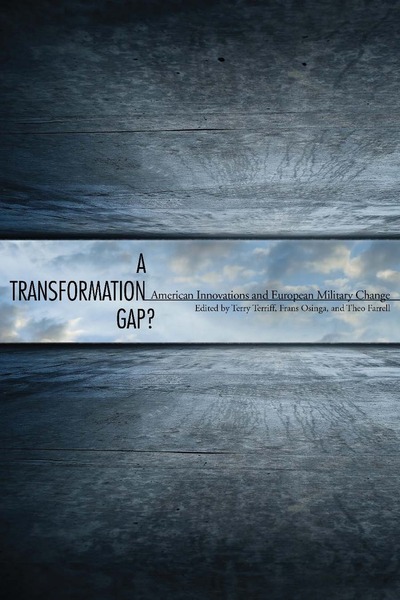 NATO member states are all undergoing some form of military transformation. Despite a shared vision, transformation has been primarily a US-led process centered on the exploitation of new information technologies in combination with new concepts for "networked organizations" and "effects-based operations." Simply put, European states have been unable to match the level of US investment in new military technologies, leading to the identification of a growing "transformation gap" between the US and the European allies.

Terry Terriff is the Arthur J. Child Chair of American Security Policy at the University of Calgary.

"The scholarly research and descriptive analysis in this book are beyond reproach. The authors utilize important NATO and government source documents and top-tier scholarly journal articles and make effective use of interviews with top-level country officials in conducting their assessments. This insightful book is best read by senior European or U.S. military leaders and government officials, international relations or political science scholars, and anyone else interested in a detailed understanding of the dynamics shaping the military capabilities gap between the United States and its European NATO counterparts."

"[T]his is a valuable and substantive, if somewhat sobering stocktaking of the Alliance's progress towards military transformation."

"Through a set of theoretically informed case studies of seven European countries, this volume provides new empirical insights into contemporary military transformation. It advances theory on how alliances influence transformation, and how diverse approaches to transformation impact coalition operations. Understanding the 'capability gap' between the United States and Europe—in technology, doctrine, concepts and organization—is critical for practitioners involved in current operations like Afghanistan and for those planning for the future."

"A Transformation Gap? represents a valuable and much needed contribution to the literature on military innovation and adaptation. The authors' exploration of NATO's transformation track record should be interest to scholar and practitioner alike."

"This is a must-read for politicians, military officers, and journalists on both sides of the Atlantic. This book explains and analyzes 'transformation' and its progress in NATO through six national case studies. It contains important insights for scholars, practitioners, and publics." 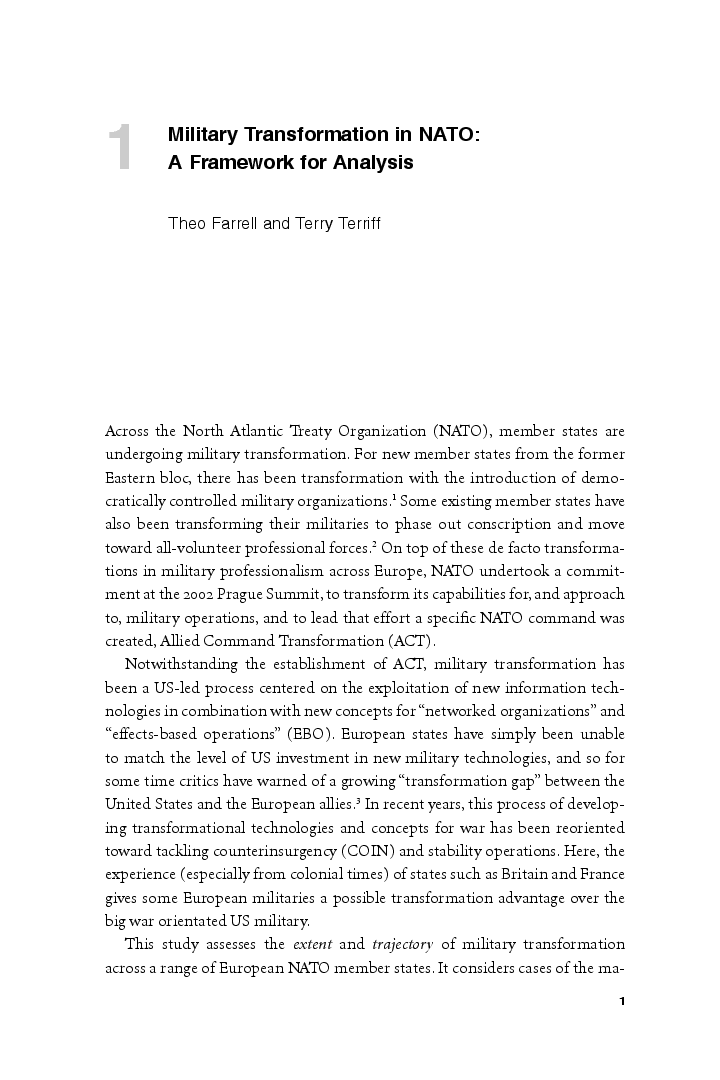 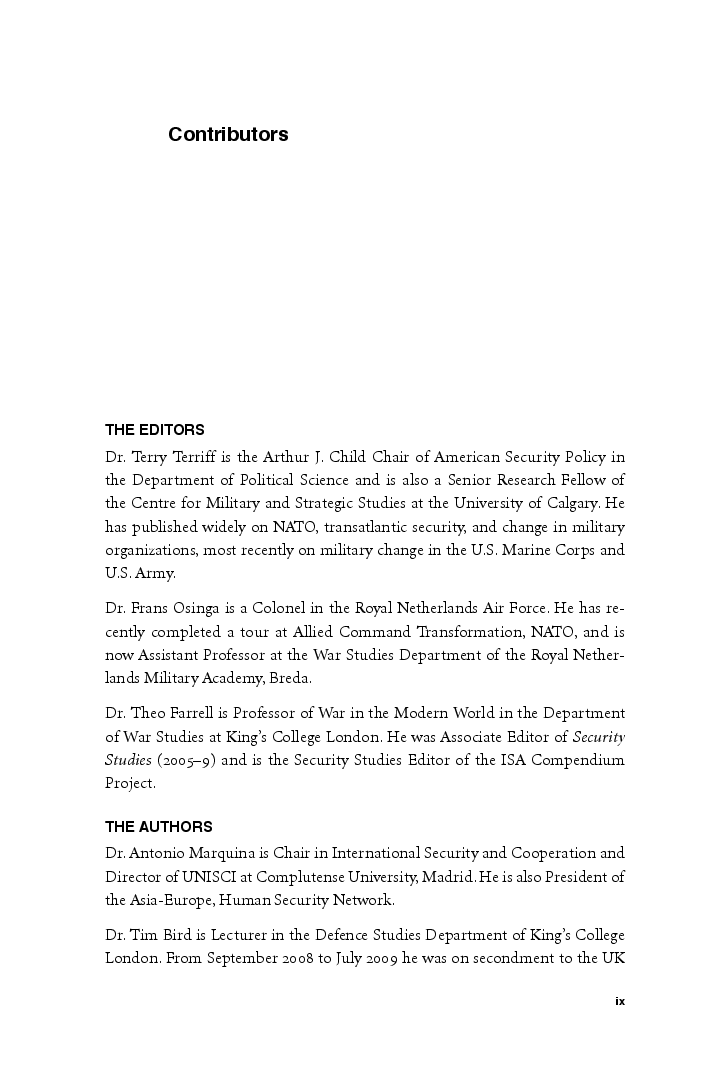 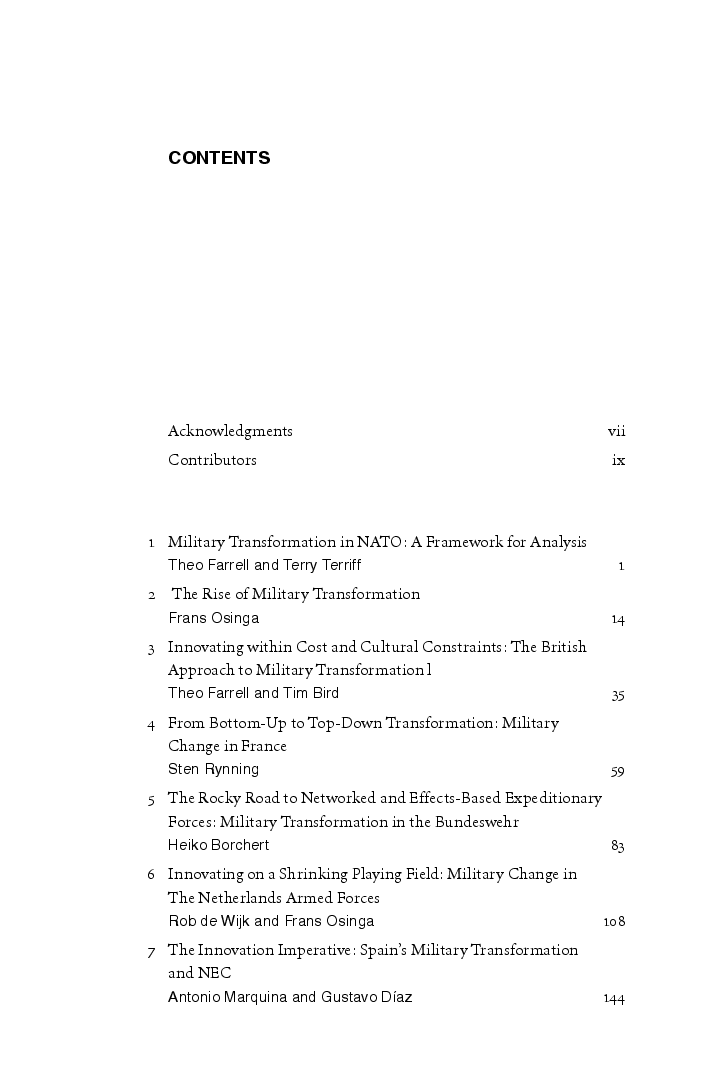