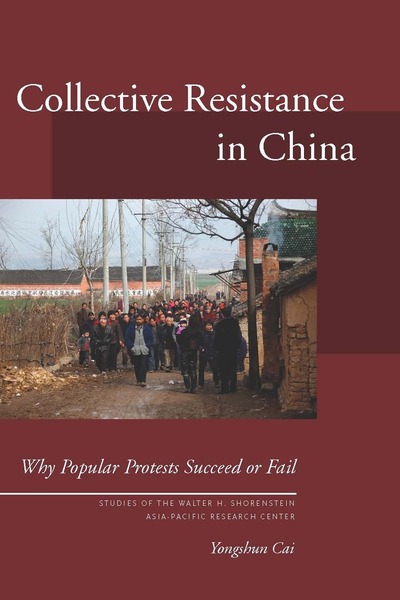 Although academics have paid much attention to contentious politics in China and elsewhere, research on the outcomes of social protests, both direct and indirect, in non-democracies is still limited. In this new work, Yongshun Cai combines original fieldwork with secondary sources to examine how social protest has become a viable method of resistance in China and, more importantly, why some collective actions succeed while others fail.

Cai looks at the collective resistance of a range of social groups—peasants to workers to homeowners—and explores the outcomes of social protests in China by adopting an analytical framework that operationalizes the forcefulness of protestor action and the cost-benefit calculations of the government. He shows that a protesting group's ability to create and exploit the divide within the state, mobilize participants, or gain extra support directly affects the outcome of its collective action. Moreover, by exploring the government's response to social protests, the book addresses the resilience of the Chinese political system and its implications for social and political developments in China.

Yongshun Cai is Associate Professor of Political Science at Hong Kong University of Science and Technology. He is the author of State and Laid-Off Workers in Reform China: The Silence and Collective Action of the Retrenched (2006).

"This book, with its focused theoretical framework rooted in the political science literature on collective action and a wealth of empirical material and case studies, is highly recommended to all. It makes a considerable contribution to the literature on state-society relations and contentious politics in China, should be assigned reading for classes on contemporary China, and the research design is an example of best practice for students to learn from."

"[This book's] biggest contribution and innovation to the field lies in four folds. Firstly, Yongshun conducts systematic examination on the conditions and outcomes of (successful) popular resistance in China based on rich first-hand and secondary resources and representative case studies. Secondly, an innovative use of the cost-benefit approach helps to demonstrate the response from the authorities and their interaction with citizens in a dynamic way. Thirdly, the comparisons between democratic and authoritarian settings, between China and the former Soviet Union, between China and other transitional economies of Eastern Europe throughout the whole book help readers both inside and outside China better understand the research theme. Fourthly, Yongshun provides an insightful analysis that connects the outcome of collective resistance with policy consequences, state-citizenship relations and the prospects of political transition in China. In conclusion, this is a well-focused and well-structured timely book that has shed great light on the mechanism of popular resistance and dynamics of political system in contemporary China."

"Yongshun Cai's Collective Resistance in China: Why Popular Protests Succeed or Fail is significant as a work that focuses on the relationship between popular protest and policy change, a major lacuna in the scholarship to date. Equally welcome is the breadth of Cai's inquiry: the cases explored in his book cross the rural-urban divide and cover a variety of issues important to Chinese citizens today, ranging from labor protests to environmental concerns to official corruption."

"Let us applaud Yongshun Cai. His book not only gives an excellent account of the second phase of collective actions in post-Mao China, but it also hints at recent trends of development in China's collective actions. Readers cannot fail to admire the author's remarkable command of the subject and deep understanding of the Chinese political system and society. The book will remain a must-read for those who want to understand post-Mao China and the potential directions of its development."

"In sum, the book is informative and insightful . . . [I]t deserves careful reading by anyone who is interested in collective resistance in China."

"Drawing on qualitative and quantitative data, and his work in the countryside and cities, Yongshun Cai has given us the best volume on Chinese protest outcomes we're likely to see for some time. The landmark effort will find an immediate place on my syllabi and the list of books I tell others they simply must read." 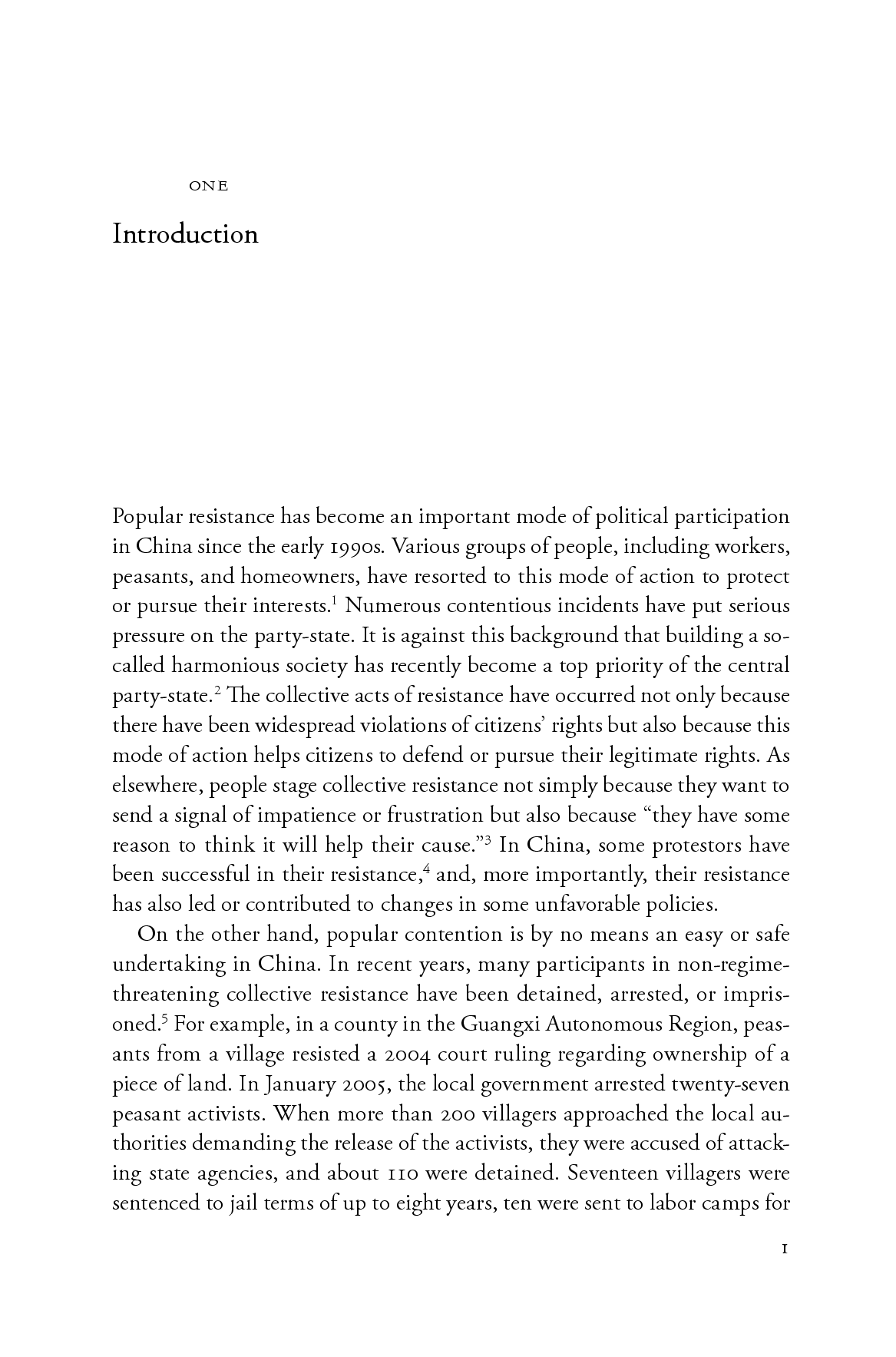 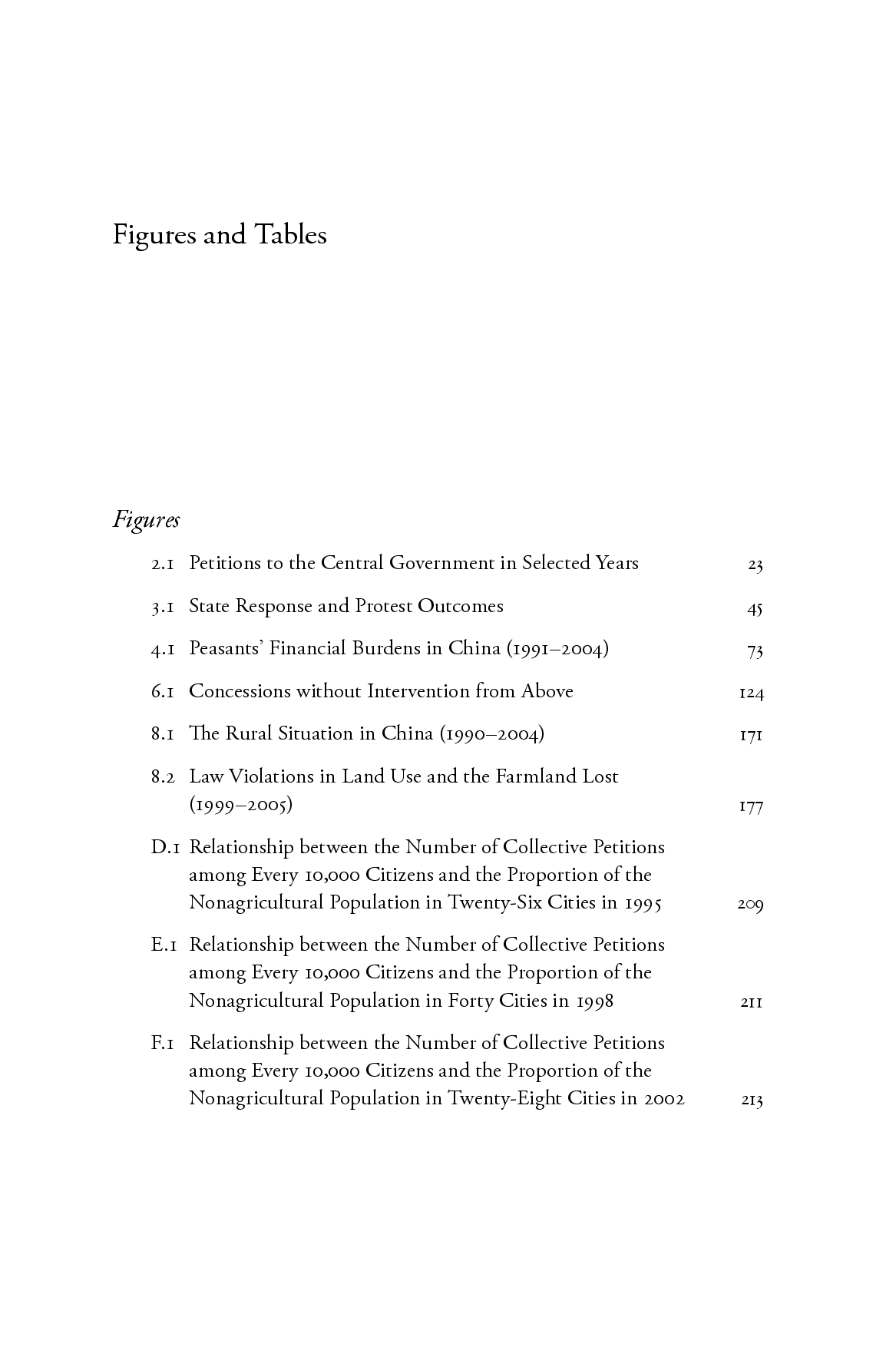 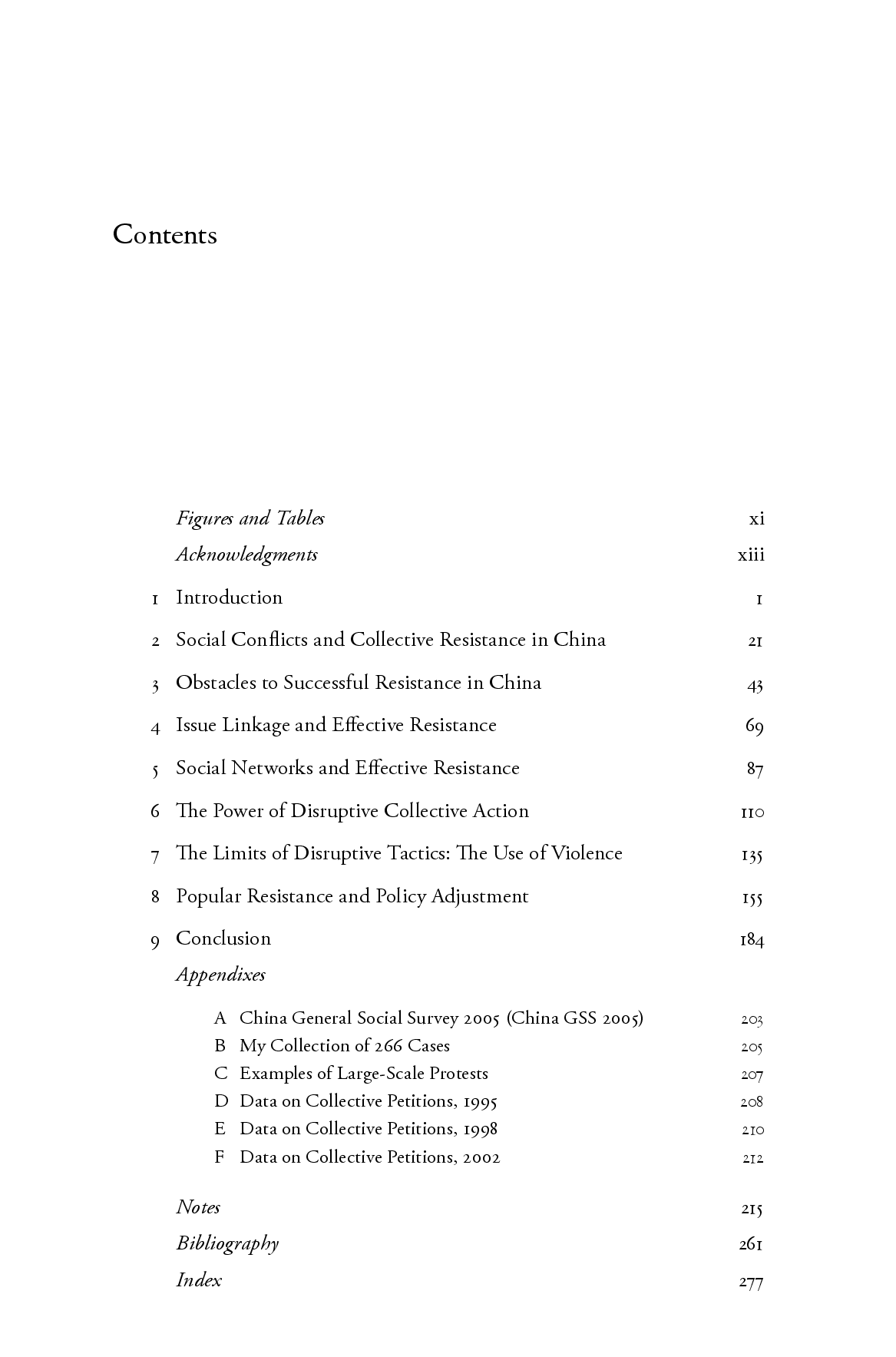