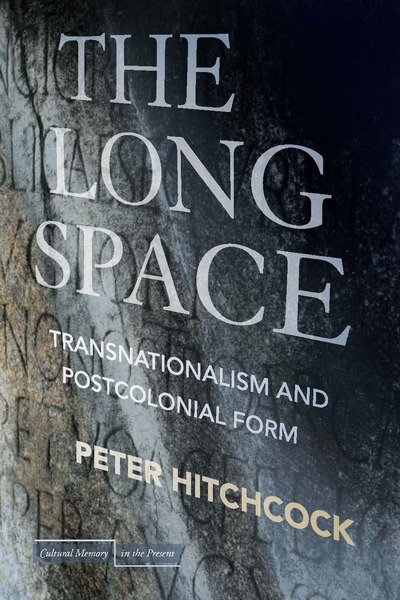 The resurgence of "world literature" as a category of study seems to coincide with what we understand as globalization, but how does postcolonial writing fit into this picture? Beyond the content of this novel or that, what elements of postcolonial fiction might challenge the assumption that its main aim is to circulate native information globally? The Long Space provides a fresh look at the importance of postcolonial writing by examining how it articulates history and place both in content and form. Not only does it offer a new theoretical model for understanding decolonization's impact on duration in writing, but through a series of case studies of Guyanese, Somali, Indonesian, and Algerian writers, it urges a more protracted engagement with time and space in postcolonial narrative. Although each writer—Wilson Harris, Nuruddin Farah, Pramoedya Ananta Toer, and Assia Djebar—explores a unique understanding of postcoloniality, each also makes a more general assertion about the difference of time and space in decolonization. Taken together, they herald a transnationalism beyond the contaminated coordinates of globalization as currently construed.

Peter Hitchcock is Professor of English, Film Studies, and Women's Studies at the Graduate Center and Baruch College of the City University of New York. His books include Imaginary States (2003), Oscillate Wildly (1999), and Dialogics of the Oppressed (1993).

"Hitchcock offers a dense, deliberate, theoretically informed close reading of the work in question, one that aims to keep in place or enhance its complexity rather than to explain it away. . .[T]his is a formidable work of postcolonial theory that deserves a close and careful read by anyone with an interest in transnational literature."

"In the end, what Hitchcock offers his readers is a conjunction of both close and distant readings, scrutiny alongside scale. The Long Space is an impressive book at the extremes of both detailed textual analysis and complex theoretical abstraction."

"[T]heoretically sophisticated and meticulously argued . . . [T]his is a very innovative monograph that provides the type of theoretically inspired close reading of postcolonial literature that is often lacking in the field . . . [I]t is an important work that will surely become a major point of reference for those keen to pursue the study of a postcolonial aesthetic."

"Hitchcock's book is an outstanding, provocative contribution to the fields of postcolonial literature, novel theory, and world literature. It is also one of those rare scholarly books in which the voice of the author, his passion, and his sense of humour, are on display . . . The project both describes and enacts a contradiction, which is a hallmark of the very finest scholarship."

"The Long Space constitutes a vital intervention in the field of postcolonial studies, both in the literary texts it discusses and in its theoretical inventiveness. The ingenious and theoretically productive combination of writers from four different national traditions (Guyana, Somalia, Indonesia, and Algeria) and the unique focus on their trilogies and tetralogies make this book an indispensable contribution to the field of comparative literary studies."

"Peter Hitchcock provides a brilliant reading of the 'long space' of the postcolonial novel. He engages critically and complexly with concepts such as the chronotope and categories like world literature to make a case for the extended postcolonial novel. The book's comparative dimension, its theoretical sophistication, and the close readings of the trilogies and tetralogies of Pramodeya Ananta Toer, Wilson Harris, Assia Djebar, and Nuruddin Farah allow for a fresh examination of postcoloniality, nationalism, and transnationalism. Illustrating how the practice of 'contrapuntal writing' alters conceived notions of space and time, space as time, time as space, Hitchcock's book makes a critical intervention in discussions of the form of the postcolonial novel." 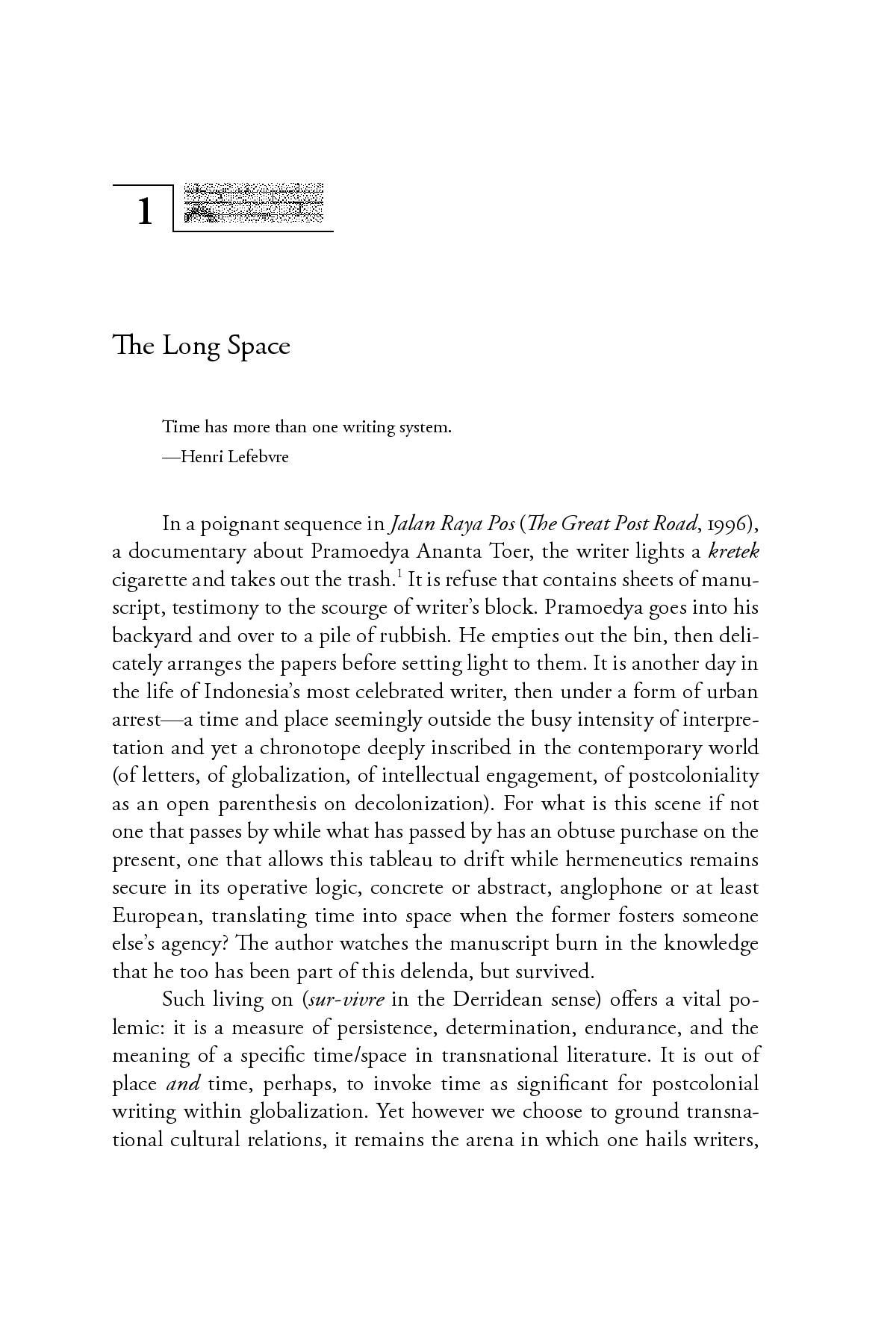 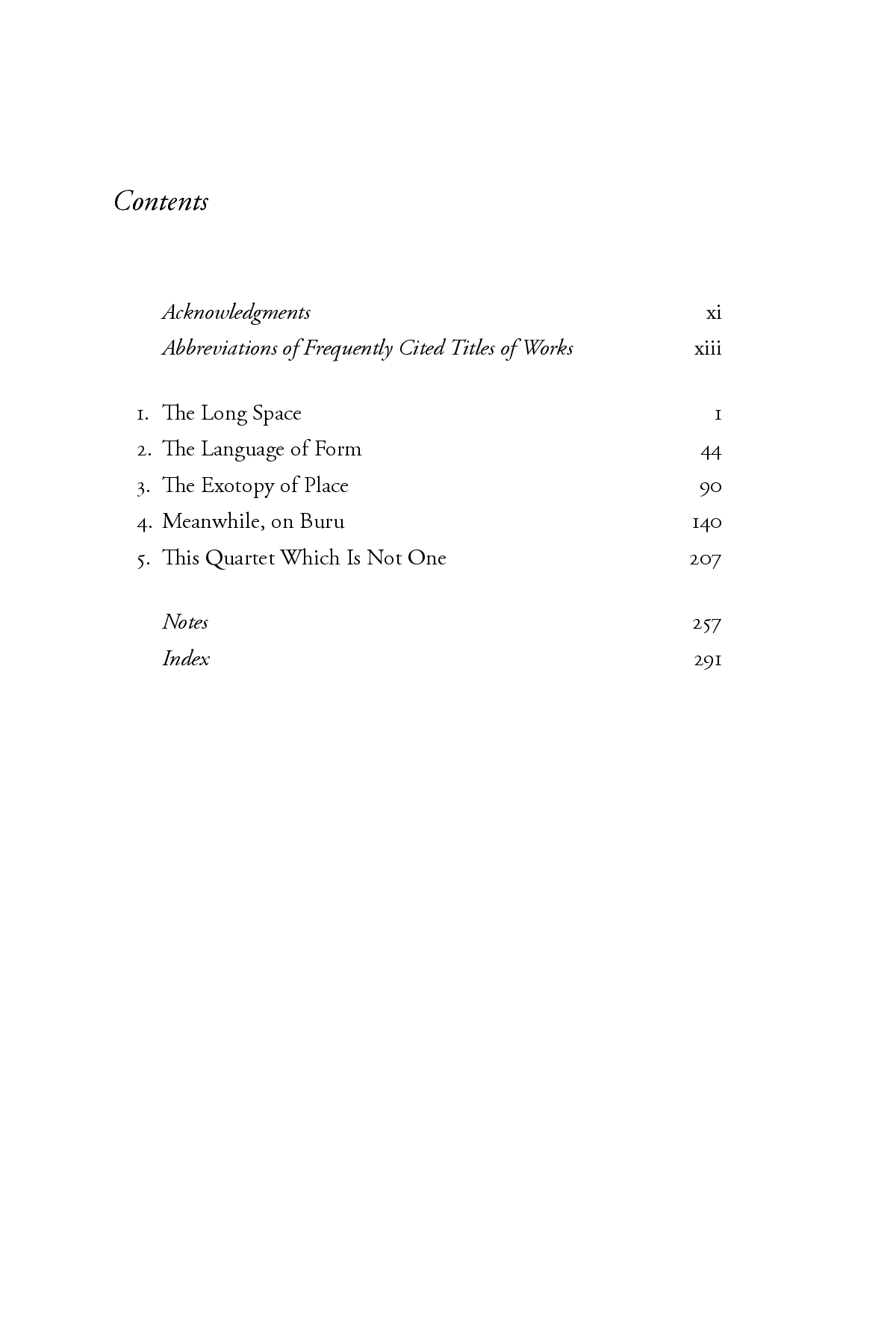