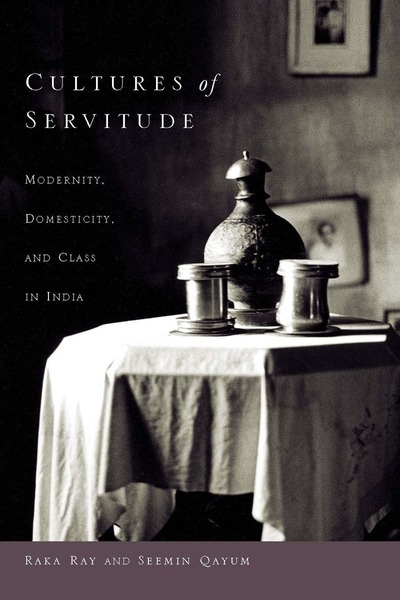 Domestic servitude blurs the divide between family and work, affection and duty, the home and the world. In Cultures of Servitude, Raka Ray and Seemin Qayum offer an ethnographic account of domestic life and servitude in contemporary Kolkata, India, with a concluding comparison with New York City. Focused on employers as well as servants, men as well as women, across multiple generations, they examine the practices and meaning of servitude around the home and in the public sphere.

This book shifts the conversations surrounding domestic service away from an emphasis on the crisis of transnational care work to one about the constitution of class. It reveals how employers position themselves as middle and upper classes through evolving methods of servant and home management, even as servants grapple with the challenges of class and cultural distinction embedded in relations of domination and inequality.

Raka Ray is Sarah Kailath Chair in India Studies, Chair of the Center for South Asia Studies, and Associate Professor of Sociology and South and Southeast Asian Studies at the University of California, Berkeley. She is the author of Fields of Protest: Women's Movements in India (1999). Seemin Qayum is a historical anthropologist and the author and editor of several works on nationalism, elites, and gender in modern Bolivia.

"By taking us into the intimate sphere of employers' and employees' personal experiences, Ray and Qayum expose the blurry intersections that domestic work sustains between class and gender, the private and public, and the old and modern. As self-employment expands the world over, these insights are invaluable for our understanding of contemporary capitalism."

"[An] engaging and insightful piece of scholarship."

"With great sensitivity to human fragility and nuance, Ray and Qayum beautifully draw upon a rich ethnography to emphasize the unequal power at the heart of employer-employee interactions. Cultures of Servitude is the best ethnography I've read in years."

"Brilliantly observing domestic servitude in urban India, Ray and Qayum note the differences in the shift from rural to urban, big houses to small flats, and long-term family retainers to more temporary employment. They offer a compelling argument for looking at the microscopic interactions of domesticity to reveal the broader truths of contemporary capitalism and modernity."

"Cultures of Servitude is a beautifully written, empirically rich, and theoretically sophisticated study that rethinks the relationship between class formation and domestic servitude in the globalized economy. Exposing the complex interactions between domestic workers and their employers in the context of the dramatic social changes that have transformed India in recent decades, it bristles with fresh insights and complicates our understanding of the the ways in which class distinction is enacted and reproduced subjectively within the intimate sphere of the household. Ray and Qayum deploy a series of revealing comparisons: over historical time (from feudal to modern India), gender (from male to female servants), generation (from the old to the new middle class), space (from large houses to modern apartments), and work relations (from live-in retainers to quasi-contractual servants) to produce an original and compelling analysis. A must read for sociologists of gender, work, and globalization." 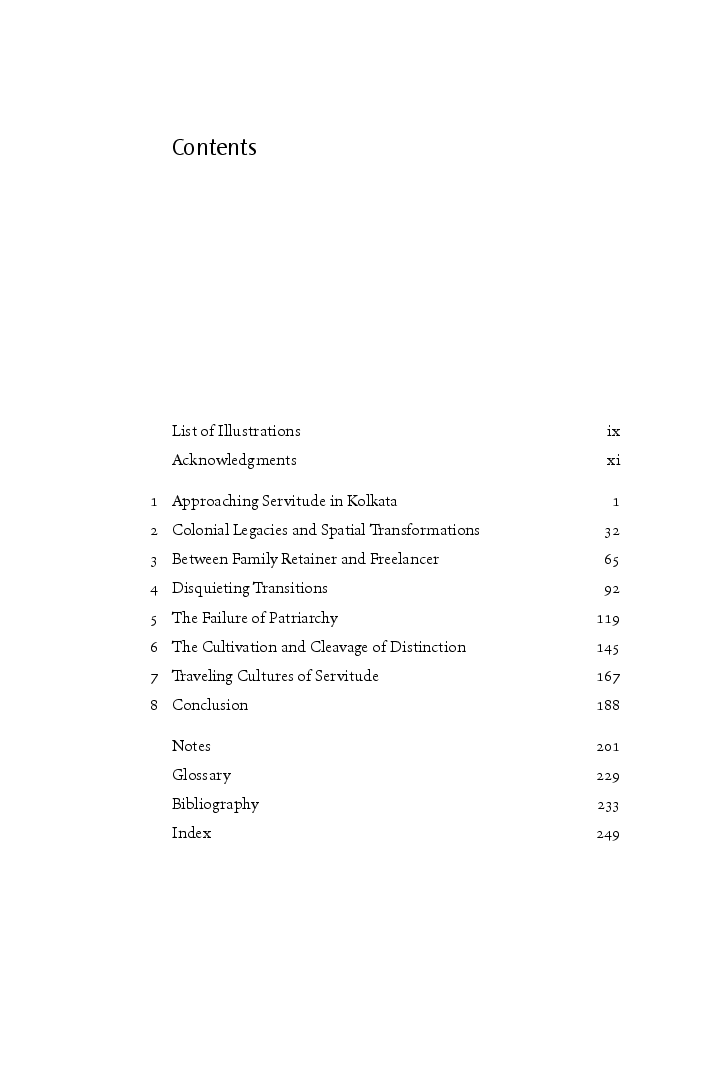