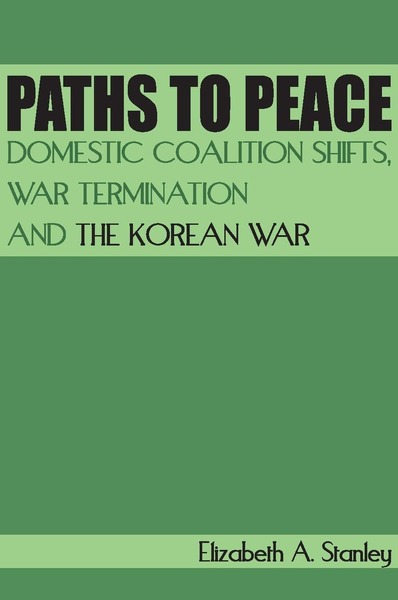 Paths to Peace begins by developing a theory about the domestic obstacles to making peace and the role played by shifts in states' governing coalitions in overcoming these obstacles. In particular, it explains how the longer the war, the harder it is to end, because domestic obstacles to peace become institutionalized over time. Next, it tests this theory with a mixed methods approach—through historical case studies and quantitative statistical analysis. Finally, it applies the theory to an in-depth analysis of the ending of the Korean War. By analyzing the domestic politics of the war's major combatants—the Soviet Union, the United States, China, and North and South Korea—it explains why the final armistice terms accepted in July 1953 were little different from those proposed at the start of negotiations in July 1951, some 294,000 additional battle-deaths later.

Elizabeth A. Stanley is Assistant Professor of Security Studies in Georgetown University's Edmund A. Walsh School of Foreign Service and Department of Government. She is co-editor, with Risa Brooks, of Creating Military Power: The Sources of Military Effectiveness (Stanford, 2007).

"Stanley's book is the best scholarly analysis and revision so far of the bargaining model of war termination."

"Important book .... A most useful addition to the literature on the Korean War."

"Why do some belligerents choose to end costly wars, while others continue to struggle over control of seemingly useless bits of territory while the death toll mounts? Paths to Peace tackles this timeless and timely question in an original, engaging, and rigorous way."

"Paths to Peace is an outstanding work on a very important subject—how wars come to an end. Well-informed and well-written, the book should be of great interest to all scholars and students of international relations and the domestic politics of war and peace." 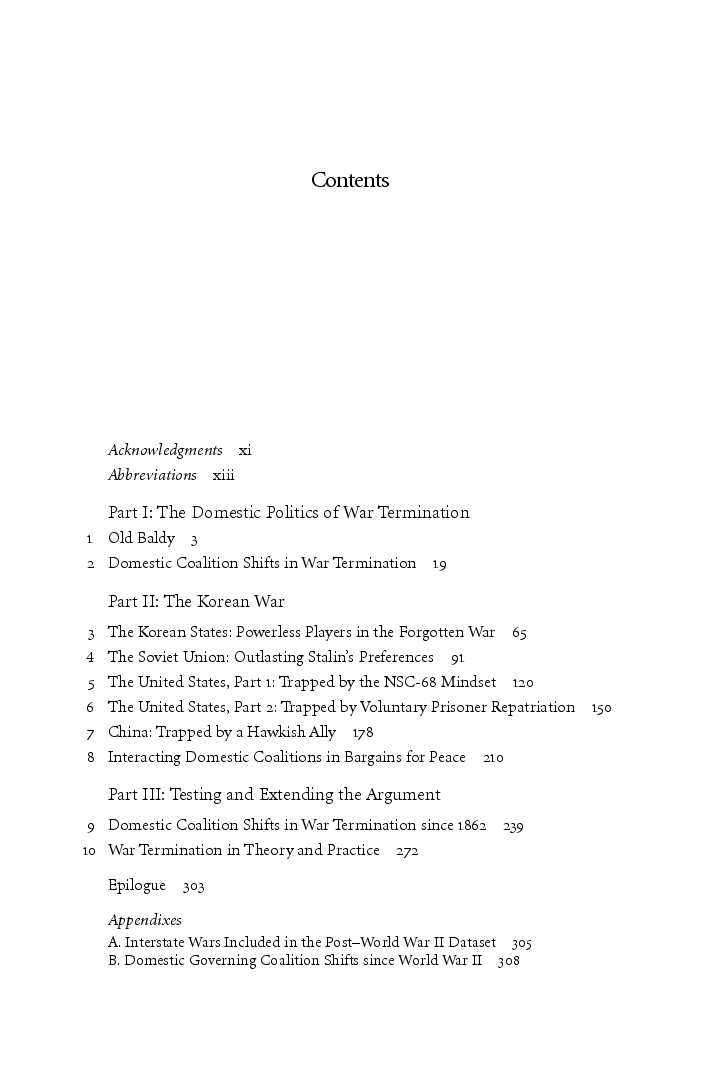