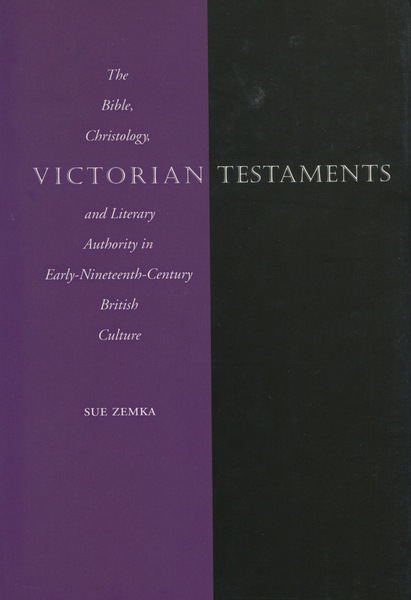 Victorian Testaments examines the changing nature of biblical and religious authority during the first half of the Victorian period. The book argues that these changes had a profound impact on concepts of cultural authority in general. Among the figures discussed are Coleridge, Thomas Arnold, Ruskin, Dickens, Florence Nightingale, and the missionaries of the British and Foreign Bible Society. In developing its picture of Victorian religious ideology, the book analyzes major works of the period, as well as works and documents that have received little critical attention. Its methods are interdisciplinary, building upon recent ideas in literary theory, cultural criticism, and gender studies.

The book proposes that changes in religious faith and Bible reading tended in two directions, the one a celebration of spiritual individualism, the other of the nuclear family. As the credibility of a supernatural source for the scriptures diminished, the need for certainty in moral and religious matters was increasingly filled by the importance attached to individual character. Those Victorians who nurtured their individual character on Bible reading were understood to reveal the perfect spirit of the scriptures—just as the scriptures themselves, it seemed, could no longer do so. However, the desire for religious heroes was counterpoised by another and highly sentimentalized model of the spiritual life, one where religious authority was decentered across a social spectrum of fathers, mothers, and children. In this second direction explored by the book, a complex economy of spiritual power and authority is created by the distribution of sexual, intellectual, and affective attributes to figures who together constitute the nuclear family—one might say the secular holy family.

By tracing these two narrative patterns—the intellectual drama of the spiritual hero and the sentimental saga of the nuclear family—the author demonstrates that the spirituality of many nineteenth-century texts was not an allegory of transcendence so much as a by-product of the narratives themselves. A large-scale cultural confrontation with the disappearance of God was, to a certain extent, deferred by narratives that picked up the slack in faith, creating performances of sacred power with characters who demonstrated either an awesome religious interiority or a recognizably sentimental display of idealized femininity or childhood innocence.