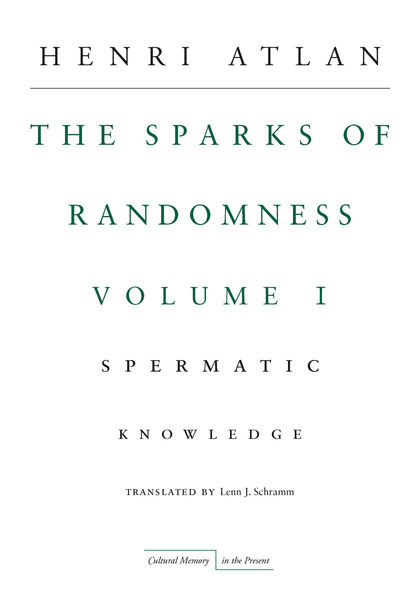 The Sparks of Randomness, Henri Atlan's magnum opus, develops his whole philosophy with a highly impressive display of knowledge, wisdom, depth, rigor, and intellectual and moral vigor. Atlan founds an ethics adapted to the new power over life that modern scientific knowledge has given us. He holds that the results of science cannot ground any ethical or political truth whatsoever, while human creative activity and the conquest of knowledge are a double-edged sword. This first volume, Spermatic Knowledge, begins with the Talmudic tale about the prophet Jeremiah's creation of a golem, or artificial man. Atlan shows that the Jewish tradition does not demonize man for creating and changing living things—a charge often leveled at promoters of advanced technologies, like biologists, who are accused of "playing God." To the contrary, man is depicted as being the co-creator of the world.

Although Atlan believes that the fabrication of life "from scratch" will take place in the near future, he posits that this achievement will not really amount to creating life current biology and biotechnologies have demonstrated that there is no absolute distinction between life and non-life, no critical threshold whose crossing would be taboo. He also debunks and demystifies our belief in free will and our conviction, of theological origin, that there would be no possibility for ethics if free will were shown to be an illusion. Throughout, he combines science, religion, and ancient and modern philosophy in unexpected and inspired ways. His radical, uncompromising Spinozism allows him to propose a complete revision of cognitive science and philosophy of mind, while showing that their current impasses stem from remnants of traditional dualism. From his brilliant reflections on time, he also derives exciting considerations for medicine and epidemiology.

"Atlan seeks to integrate the mechanistic worldview common in the biological sciences into a form of absolute monism that draws upon Kabbalah and Spinoza. . . Steeped in the biological sciences and remarkably learned in Judaica, it will set a standard for new creative forms of constructive Jewish thought. Anyone interested in the relation between religion and science will do well to turn here."

"As a physician, biologist, and philosopher, Henri Atlan occupies a preeminent place in the present-day French intellectual landscape, carrying on a grand French tradition of scientist-philosophers that goes back to Pascal. His Sparks of Randomness is dedicated to reflecting upon the lesson that Jeremiah learned from the golem: that we should not renounce attaining the perfect knowledge that makes us capable of creating life, but once we attain the knowledge, we should abstain from acting on it. This book is not only fundamental for the future of biology, cognitive science, and the human sciences in general, but also constitutes one of the most important readings of Spinoza ever produced." 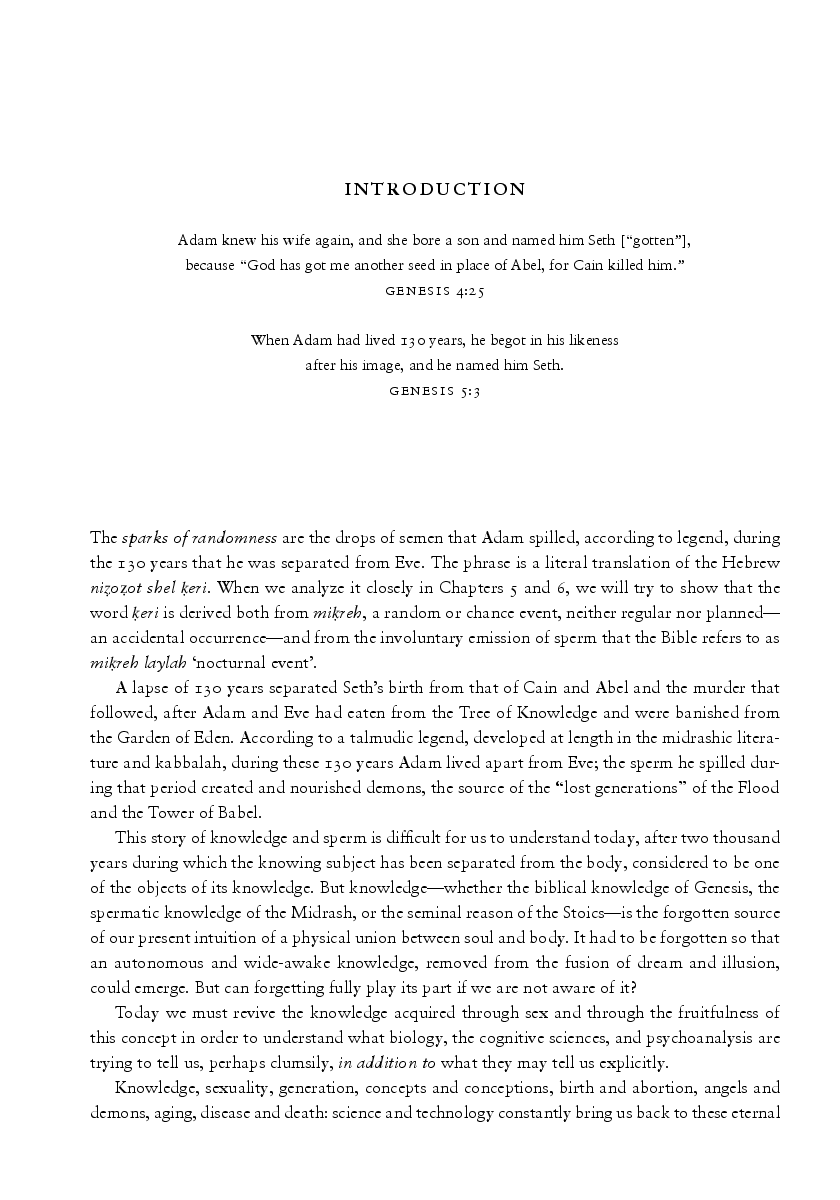 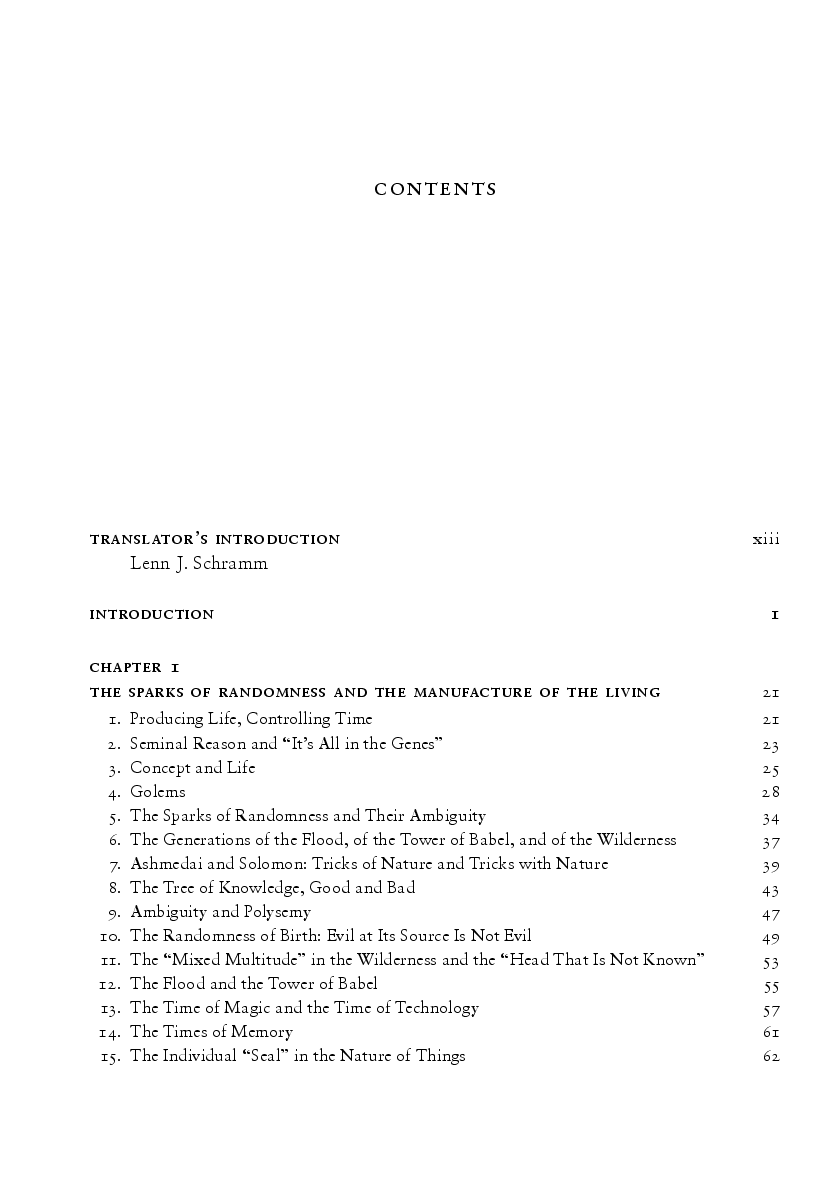 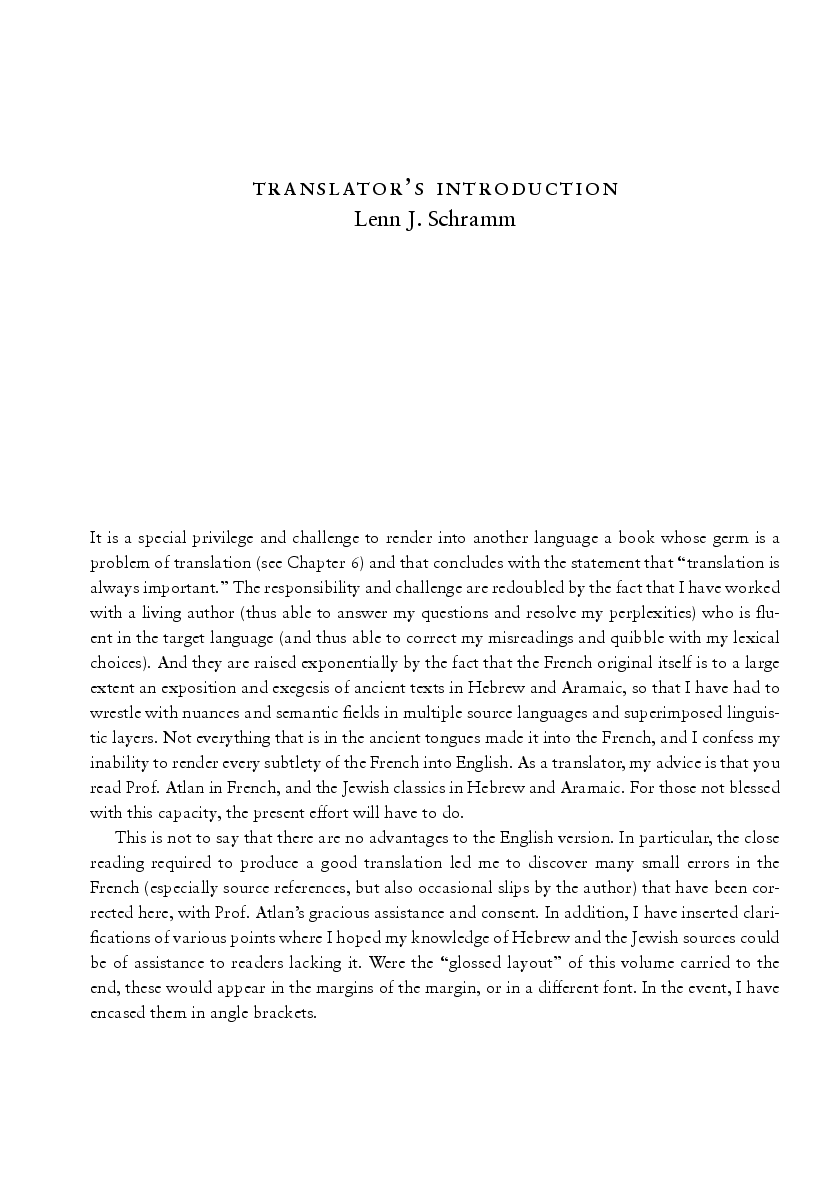