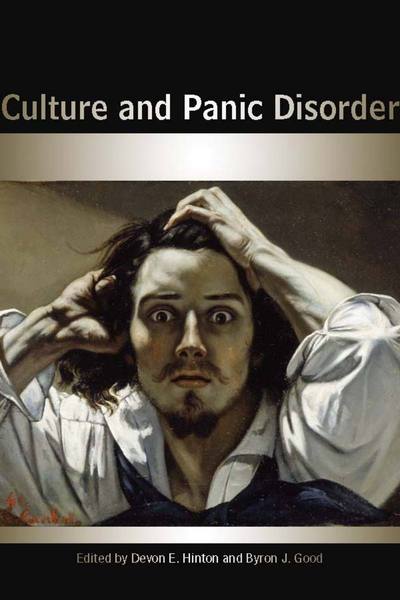 In this breakthrough volume a distinguished group of medical and psychological anthropologists, psychiatrists, psychologists, and historians of science provide ethnographic insights as they investigate the presentation and generation of panic disorder in various cultures. The first available work with a focus on the historical and cross-cultural aspects of panic disorders, this book presents a fresh opportunity to reevaluate Western theories of panic that were formerly taken for granted.

"For students interested in the history of emotions, trauma, medicine, and genocide, this book offers valuable orientation. Beyond outlining the current theories about panic and anxiety, its sociocultural and anthropological moorings easily lend themselves to application in historical contexts. Readers will have little difficulty finding thematic and analytic ports in which they can dock their historical narratives."

"Is panic disorder a universal syndrome, invariant across time and culture? Or is it an idiom of distress, confined chiefly to contemporarypost-industrial civilization? Using the methods of psychiatry,anthropology, and history, contributors to Culture and Panic Disorder show that neither of these stark alternatives captures the full truth about panic. This superb book contains cutting-edge empirical and conceptual analyses that reveal what is universal about panic, and what is shaped by culture."

"This pioneering work will leave you in a state of breathless appreciation.Documenting local knowledge and cultural variations in beliefs about the experience of panic attacks on a worldwide scale, this deeply informative account offers a partial challenge to the biological 'seizure of the nervous system' theory and is a major contribution to the medical anthropology theory of panic as a catastrophic interpretive loop caused by an excessively morbid reading of ones own bodily sensations. Here, we realize the eye-opening fact that the felt experience of autonomic arousal—the intimate terror, the anxiety inducing unpredictability, the fear of loss of control—is not uniform across history or ethnic groups."

—Richard A. Shweder, University of Chicago

"This important collection is more clinically relevant than available works, while remaining culturally astute. With its conscious inclusion and integration of historical framing and tracking, it is a valuable cross-cultural study."

"With rich cross-cultural cases, this timely book documents the centrality and critical need for diagnosticians, clinicians, and researchers to take seriously the cultural nexus of shared meanings, idioms, embodiments, and practices in seeking to understand and help patients presenting with 'panic.' This is scholarship of the highest order, by experienced contributors, and is widely and definitely needed."

"Culture and Panic Disorder is sure to become a classic. In bringing together experts from psychiatry, anthropology, and history, this extremely important work fills a significant gap in the current literature." 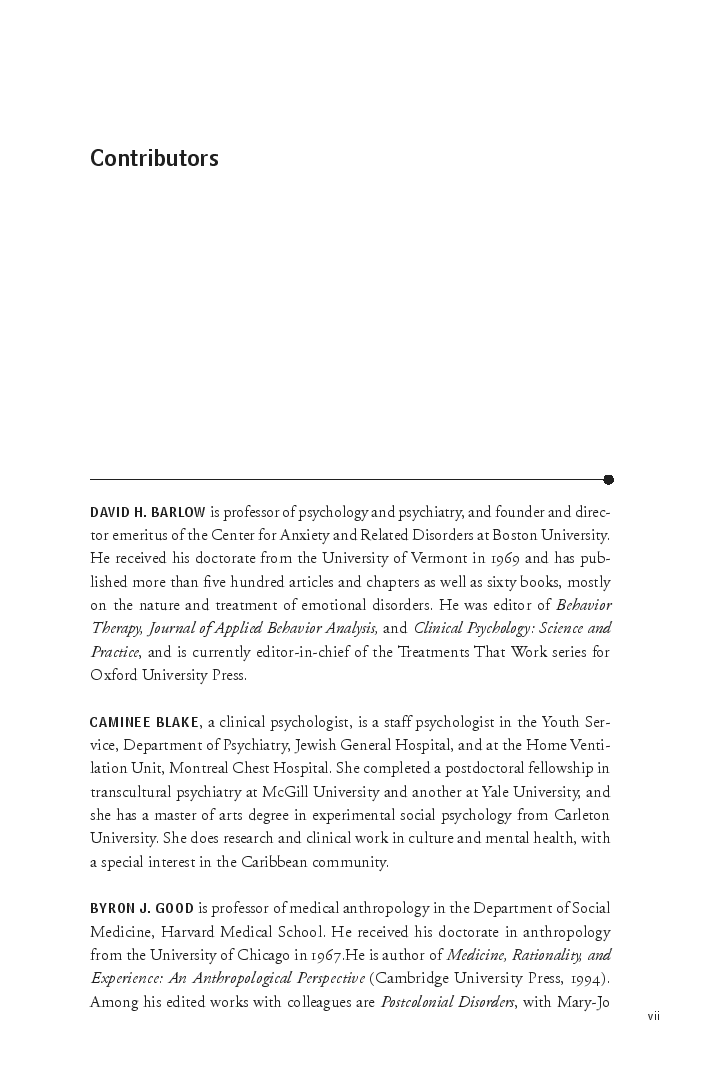 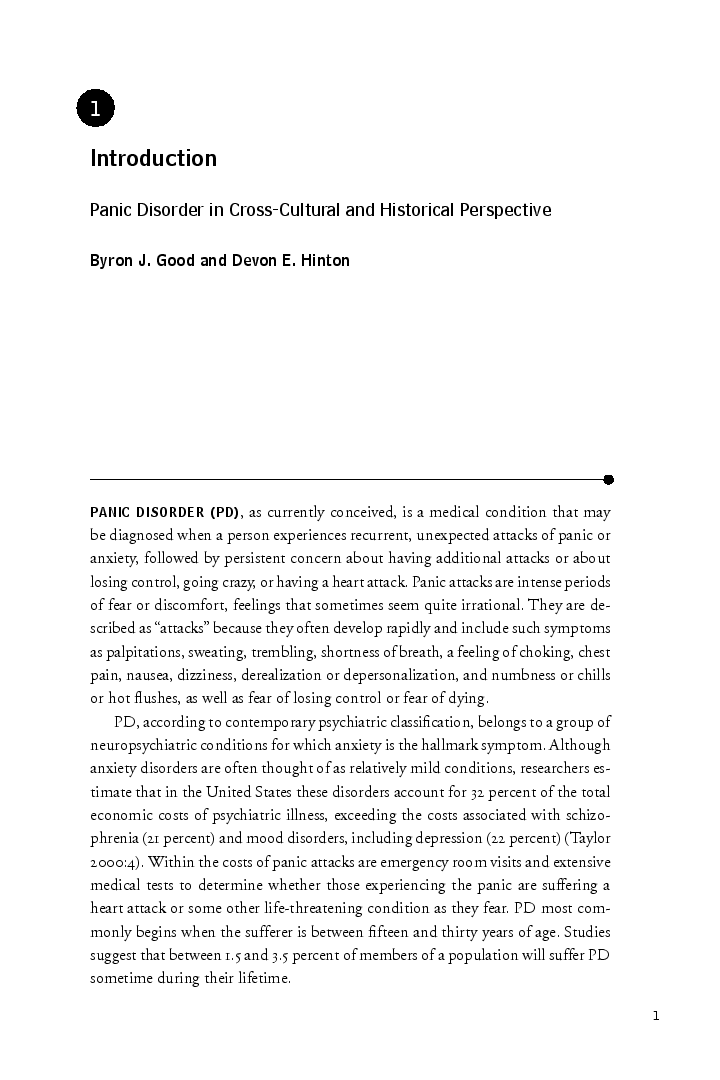 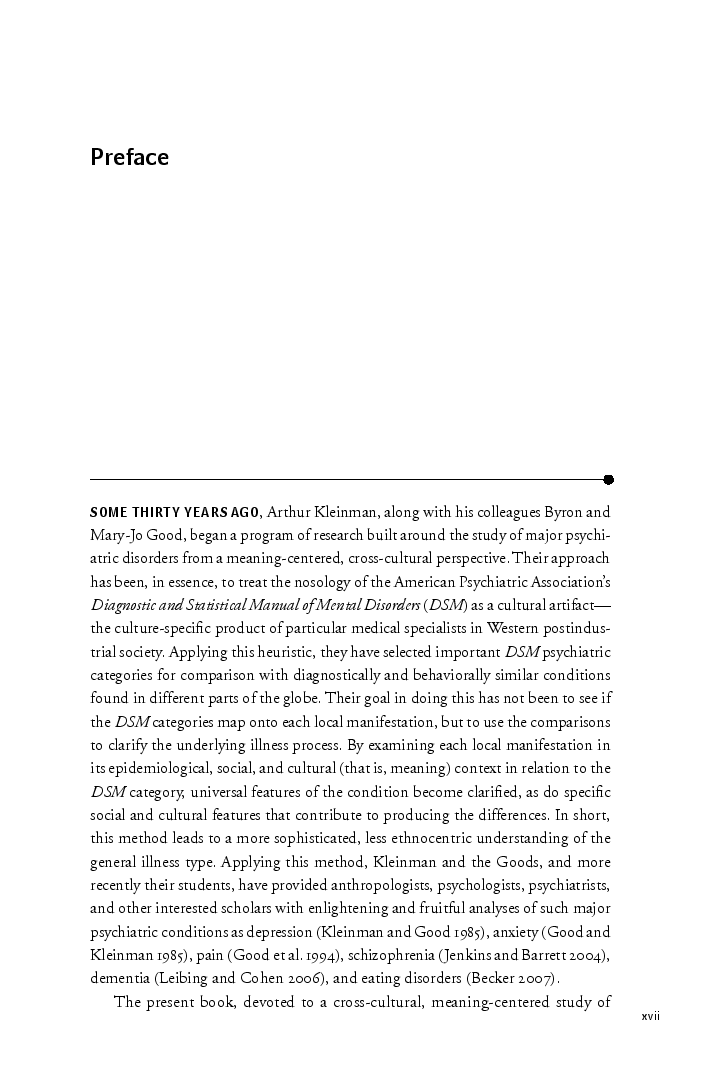 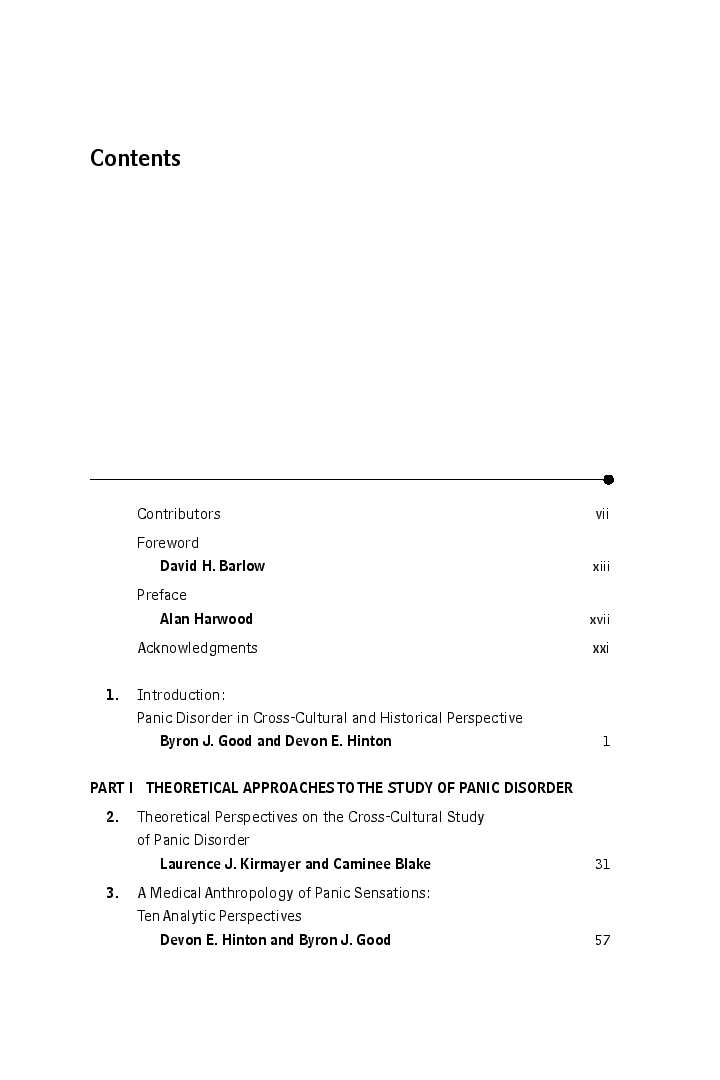