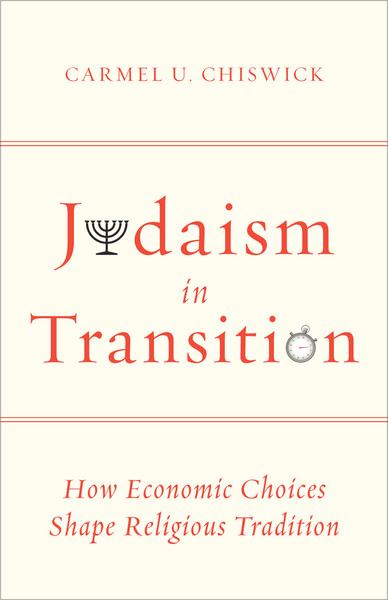 At the core of Judaism stands a body of traditions that have remained consistent over millennia. Yet, the practice of these rituals has varied widely across historical and cultural contexts. In Judaism in Transition, Carmel U. Chiswick draws on her Jewish upbringing, her journey as a Jewish parent, and her perspective as an economist to consider how incentives affect the ways that mainstream American Jews have navigated and continue to manage the conflicting demands of everyday life and religious observance. Arguing that economics is a blind spot in our understanding of religion, Chiswick blends her personal experiences with economic analysis to illustrate the cost of Jewish participation—financially and, more importantly, in terms of time and effort.

The history of American Jews is almost always told as a success story in the secular world. Chiswick recasts this story as one of innovation in order to maintain a distinctive Jewish culture while keeping pace with the steady march of American life. She shows how tradeoffs, often made on an individual and deeply personal level, produce the brand of Judaism which predominates in America today. Along the way, Chiswick explores salient and controversial topics—from intermarriage to immigration and from egalitarianism to connections with Israel.

At once a portrait of American Jewish culture and a work that outlines how economic decisions affect religion, Judaism in Transition shows how changes in our economic environment will affect the Jewish community for decades to come.

Carmel U. Chiswick is Research Professor of Economics at George Washington University. A founding member of the Association for the Study of Religion, Economics, and Culture and a former officer of the Association for the Social-Scientific Study of Jewry, she has written extensively on the economics of religion and has been a consultant to organizations in the United States and Israel.

"Carmel Chiswick does an excellent job in making accessible to a broad audience the concepts of household decision making on education, time allocation, occupational choice, and marriage to explain the observed patterns of economic behavior of Jewish families . . . [T]he book does an excellent job in using the lens of economic theory to shed light on the main educational, occupational, migration, and marital patterns among American Jews in the past and nowadays."

"Prof. Carmel Chiswick . . . uses the lens of economics to reveal the various constraints facing a religious minority in the United Sates and how this affects Jewish culture . . . [S]ome personal reflection on her own life growing up Jewish [gives] this academic topic a much more personal touch . . . [H]ighly readable book."

"Writing clearly, [Chiswick] divides her presentation into four parts: economic circumstances of American Jews; usefulness of economic concepts; economic decisions affecting American Jewish behavior; economic analysis and the American Jewish future . . . She offers other intriguing forecasts about American Judaism, concluding that we can be optimistic about its future. Her singular approach as an economist can be usefully applied to other American religious groups."

"Drawing on personal experience and scientific data, Chiswick suggests that the contemporary brand of American Judaism—to achieve the standard of American success—is molded by economic decisions that are often personal and deeply seated . . . This is an innovative and reader-friendly book . . . Recommended."

"Nobody but Carmel Chiswick could write this book. It has the mark of maturity and was obviously written by someone who has spent a lifetime thinking about economics and religion, and who has witnessed firsthand the changes that have taken place in the Jewish community over the years."

"Judaism in Transition is a richly informed and cogently written narrative of the American Jewish experience, focusing on the compromises that are necessary for life in modern society. The analysis is deeply informed by the author's professional identity as an economist and personal identity as a Jew."

"In appealing and accessible language, Carmel Chiswick explains the economic drivers that influence our religious observance. While she writes from a Jewish perspective, adherents of all faiths will find much in this book that elucidates the impact economics has, and will continue to have, on our American faith communities."

"Carmel Chiswick's new book offers a refreshing and innovative reading of the contemporary Jewish experience at a time of great confusion about its changing nature. Her original and rigorous method as an economist combines with the broad horizons of a humanist concerned with resilience and destiny of the Jewish people."

"With an open mind that presents a fresh look at the familiar, Carmel Chiswick analyzes the impact of the American economic context on Judaism in the 20th and 21st centuries. Her application of the concepts and methodology of economics to the study of religion will be startling and enlightening to social scientists and other students of religion."

"The book is clearly written for the scholar and the general reader."

"By exploring the role of economic choices in shaping patterns of Jewish ritual activity and expression, Judaism in Transition adds to the body of work that examines the changing nature of Judaism in the modern world. This is a well-written, insightful, and important book that is enriched by Chiswick's personal anecdotes." 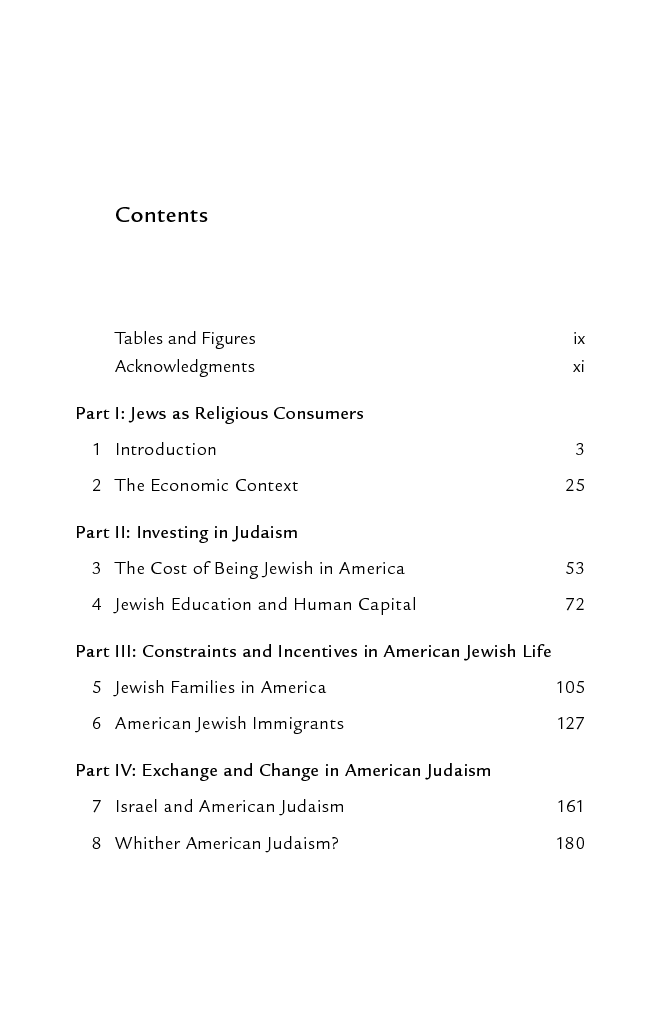 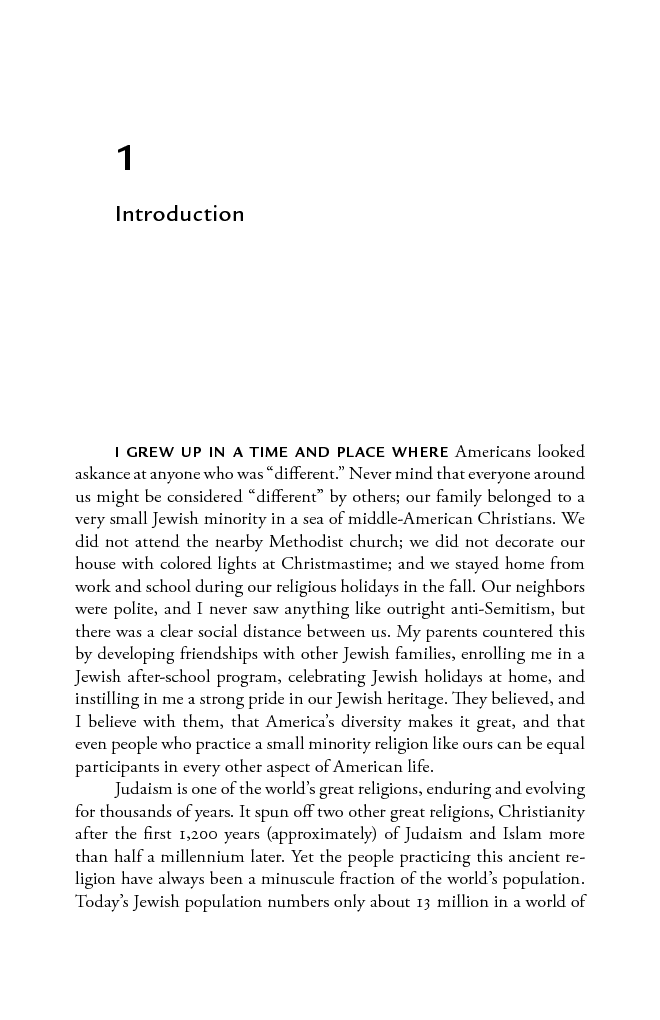 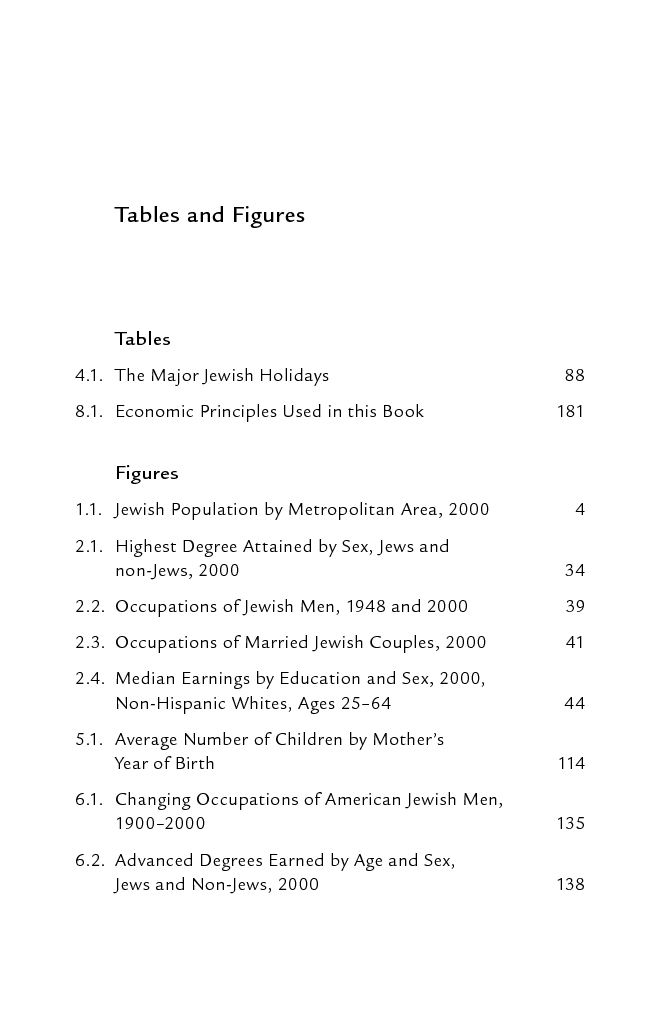