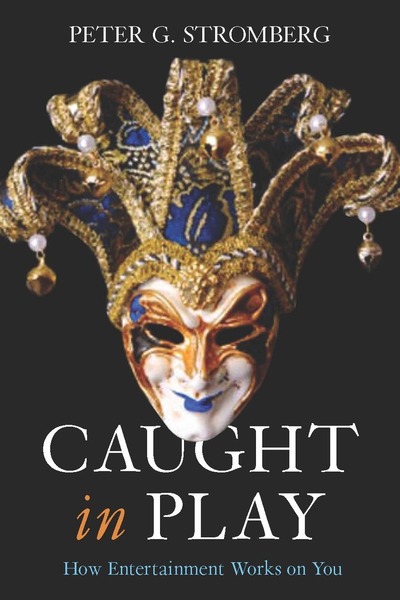 Caught in Play
How Entertainment Works on You
Peter G. Stromberg

Most of us have become so immersed in a book or game or movie that the activity temporarily assumed a profound significance and the outside world began to fade. Although we are likely to enjoy these experiences in the realm of entertainment, we rarely think about what effect they might be having on us. Precisely because it is so pervasive, entertainment is difficult to understand and even to talk about.

To understand the social role of entertainment, Caught in Play looks closely at how we engage entertainment and at the ideas and practices it creates and sustains. Though entertainment is for fun, it does not follow that it is trivial in its effect on our lives. As this work reveals, entertainment generates commitments to values we are not always willing to acknowledge: values of pleasure, self-indulgence, and consumption.

Peter G. Stromberg is Professor of Anthropology at the University of Tulsa. He is the author of Language and Self-Transformation: A Study of the Christian Conversion Narrative (1993) and Symbols of Community: The Cultural Systems of a Swedish Church (1986).

"Overall, Stromberg's cleverly argued case for becoming caught up as a cognitive process is quite convincing, and casting play and ritual as forms of becoming caught up offers new avenues of exploration, especially for bringing together recent thinking on imagination and consumption in anthropology."

"Caught in Play is an important contribution to the study of fun, play, and entertainment. It advances our understanding of some of the psychological, social, and economic functions of entertainment in contemporary Western Culture."

"Stromberg's book is admirable ... He write clearly and in a way that invites participation from the reader. His book—in the spirit of its subject—has a light, almost playful touch that encourages readers to draw connection between its arguments and what they know about these matters from their own disciplines."

"Stromberg (anthropology, U. of Tulsa) explores the effects of entertainment on values of pleasure, self-indulgence and consumption and notes the ease in which fans succumb to media ideas and practices. Written for students and scholars, this book explains the links between romantic realism and consumer culture and examines the writings of noted social theorists to reveal how entertainment has replaced rituals in modern societies. The author also describes the methods employed by the entertainment industry to satisfy 'stimulus hunger.'"

"The surfaces of play mask some surprising hidden dynamics of modern life. Stromberg delivers a high-flying set of reflections on what lies behind our capacity to get caught up completely in the world of entertainment. Exploring our ever-intensifying 'stimulus hunger,' his excursion into the history of modern desire provides a new way to think about the forces shaping contemporary entertainment. It's a thriller!"

"With its lively, ambitious examination of how entertainment has replaced ritual as a means of creating and affirming social ideals and motivations, Caught in Play extends the insights of major social theorists such as Durkheim, Weber, and Goffman. It is a stimulating read that will evoke productive debate over the effects of contemporary forms of imaginative involvement." 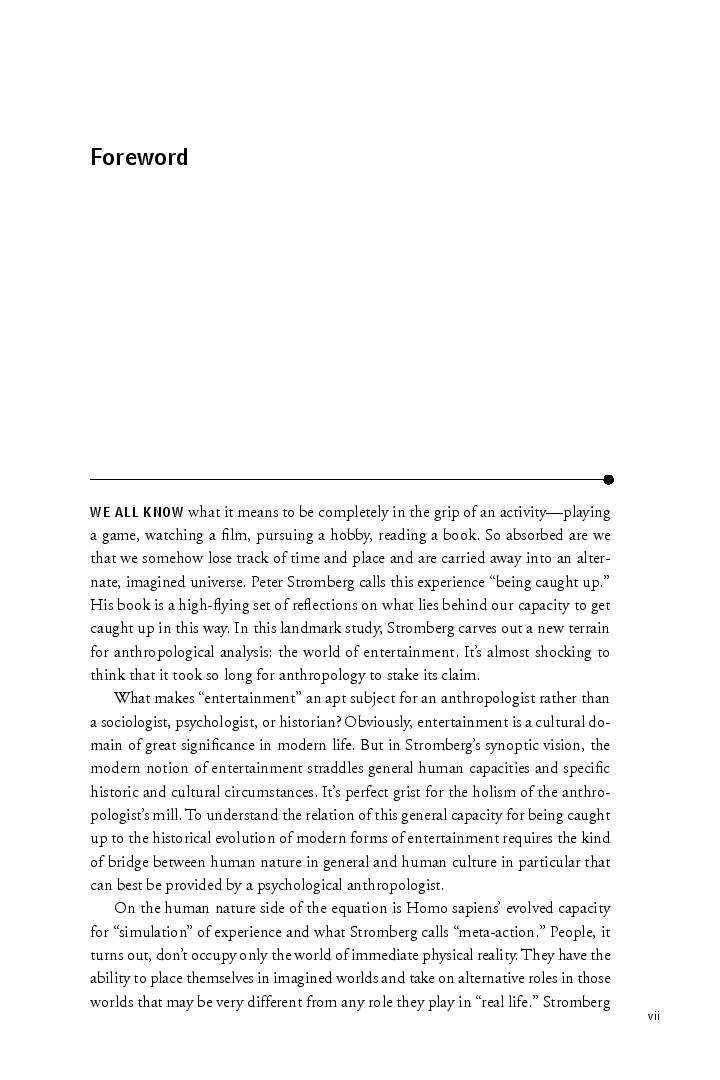 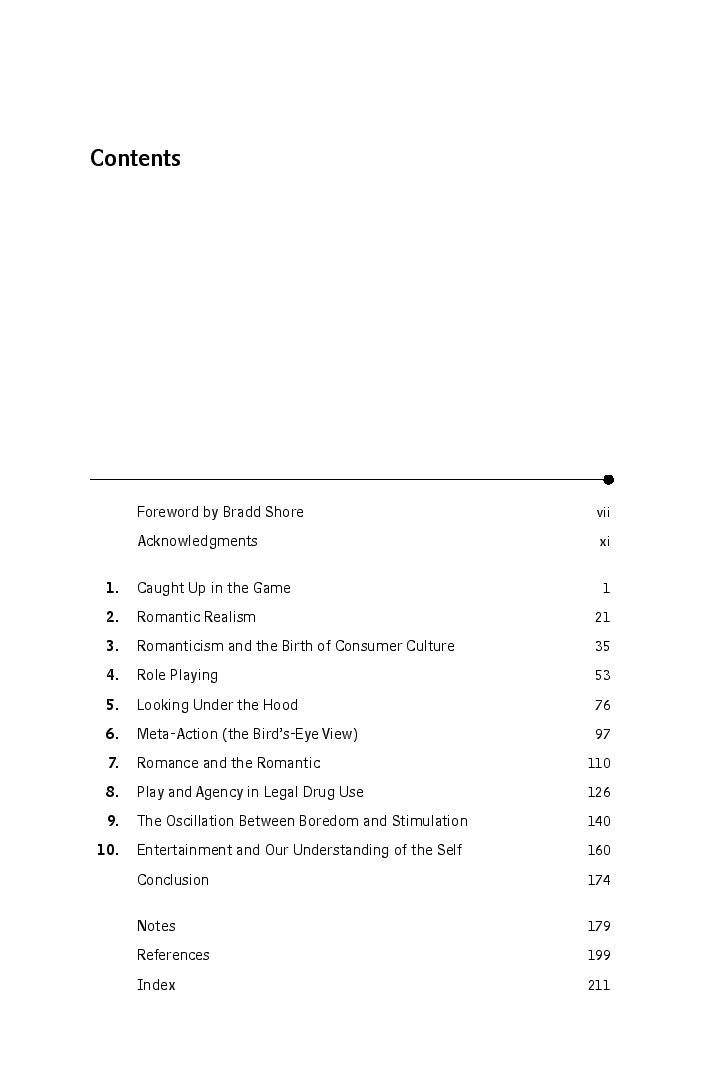