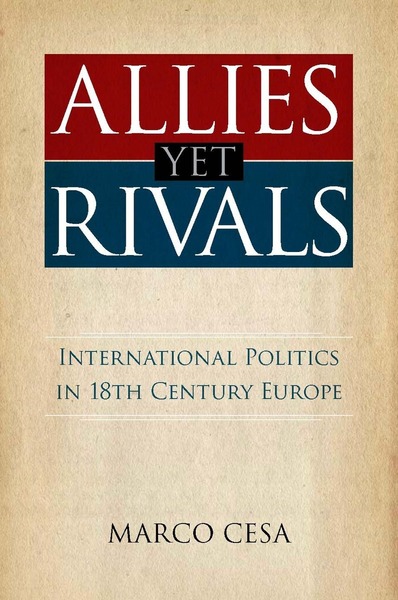 Alliances are characterized by an inherent struggle for power between the allies themselves to deal with a common external enemy. Yet diplomatic history clearly shows that, at the best of times, this cooperative dimension is only one of the many aspects in play: alongside it, or even in its place, there are often strong elements of competition between allies.

Building upon this insight, Marco Cesa argues that alliances are first of all a tool aimed at rendering predictable behavior from an ally by securing its cooperation. He also takes issue with the way alliances are often discussed as if they were all alike. Accordingly, the book provides a typology of alliances that distinguishes four possible types and sheds light on interallied relations, indicating their causes and effects. Historical case studies from 18th-century Europe, beginning with the War of the Spanish Succession and proceeding chronologically until the eve of the French Revolution, offer readers an overview of almost the entire century.

"Marco Cesa breaks new ground in exploring the dynamics of alliance formation from a domestic perspective, drawing on classical European political theory and historical case studies to arrive at important insights about interstate association. His work is at the cutting edge of contemporary international relations scholarship in the realist tradition." 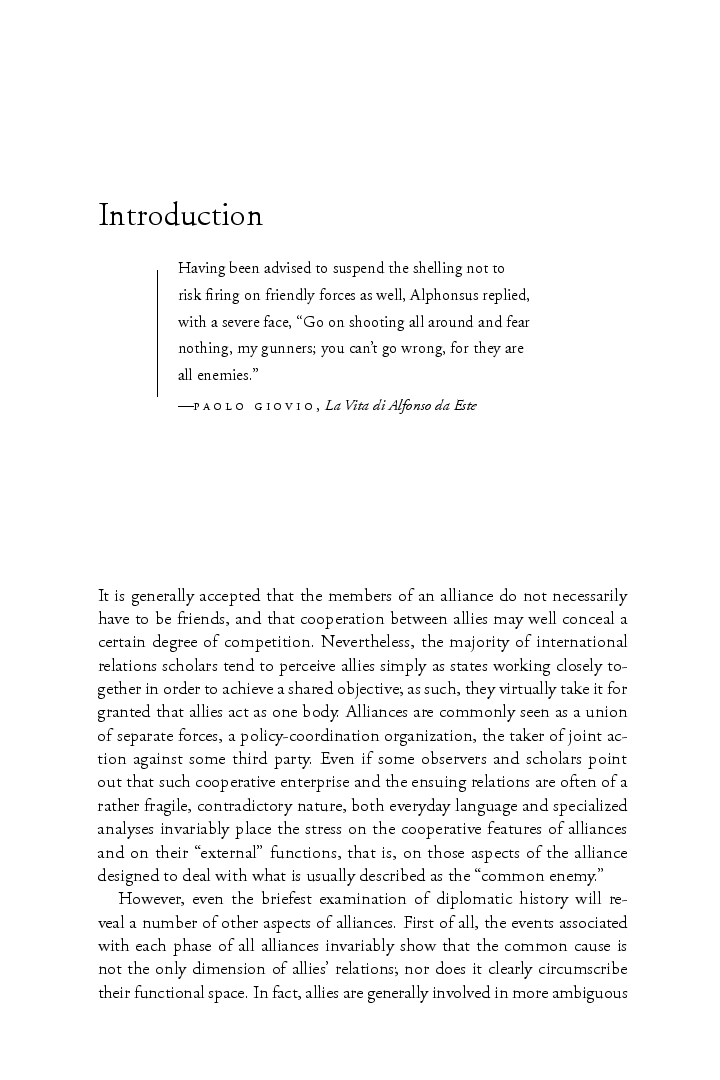 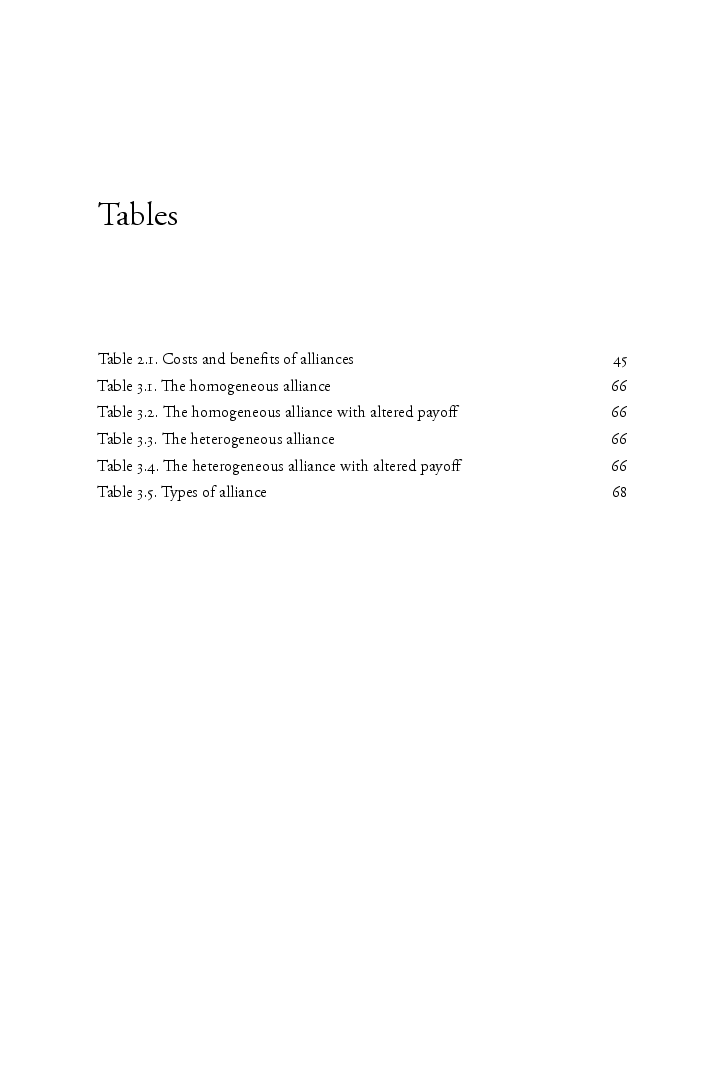 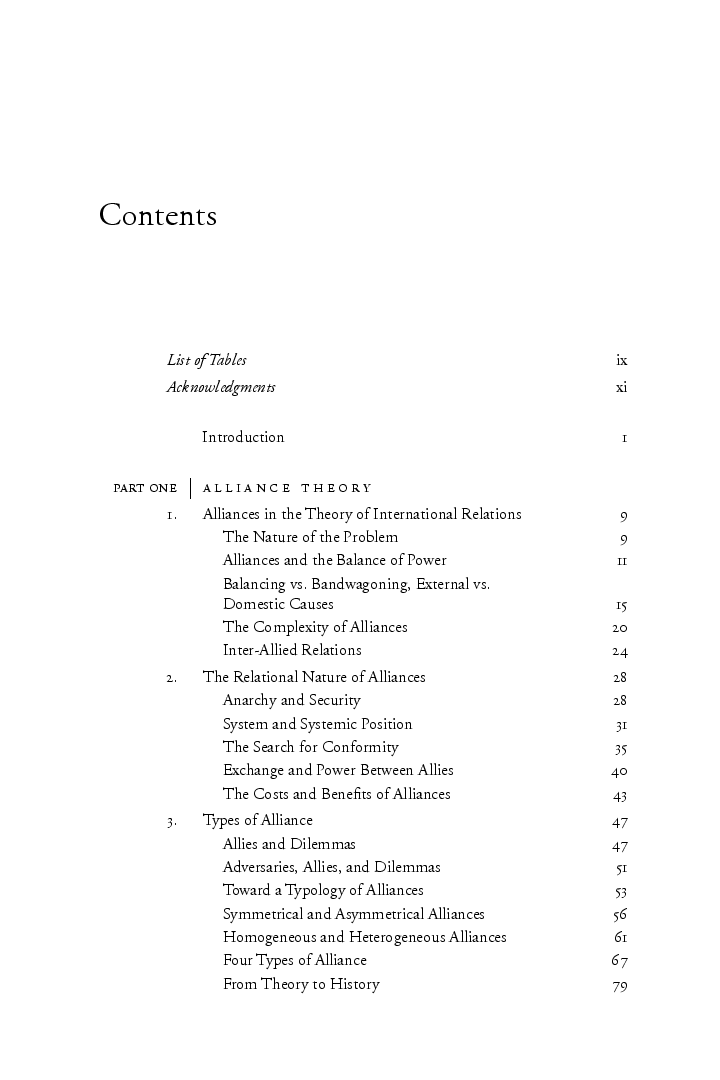