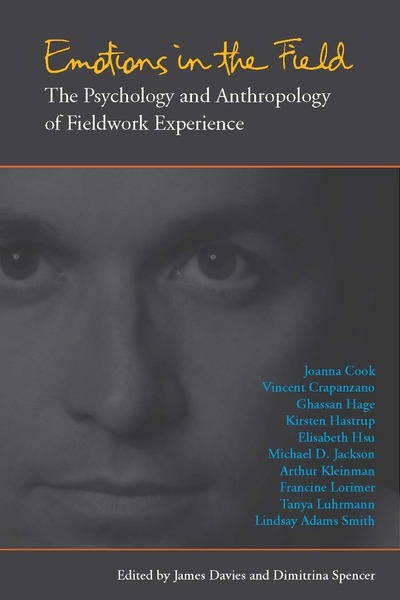 As emotion is often linked with irrationality, it's no surprise researchers tend to underreport the emotions they experience in the field. However, denying emotion altogether doesn't necessarily lead to better research. Methods cannot function independently from the personalities wielding them, and it's time we questioned the tendency to underplay the scientific, personal, and political consequences of the emotional dimensions of fieldwork. This book explores the idea that emotion is not antithetical to thought or reason, but is instead an untapped source of insight that can complement more traditional methods of anthropological research.

With a new, re-humanized methodological framework, this book shows how certain reactions and experiences consistently evoked in fieldwork, when treated with the intellectual rigor empirical work demands, can be translated into meaningful data. Emotions in the Field brings to mainstream anthropological awareness not only the viability and necessity of this neglected realm of research, but also its fresh and thoughtful guiding principles.

James Davies is a member of St Cross College at the University of Oxford, a practicing psychotherapist in the National Health Service (Oxford), and a Senior Lecturer in the School of Human and Life Sciences at Roehampton University. He is the author of The Making of Psychotherapists: An Anthropological Analysis (2009).

Dimitrina Spencer is a Postdoctoral Fellow at the Oxford e-Research Centre and a Research Associate at the Centre on Migration, Policy, and Society at the University of Oxford.

"In recent years reflexive accounts of fieldwork have become commonplace in anthropology. This book, while it provides a welcome contribution to this mode of anthropology, goes well beyond it by treating the emotions and experiences of fieldwork in an analytical rather than anecdotal manner . . . This book will provoke discussion of fieldwork from a new perspective, and hopefully spark new contributions to the literature. It will be of most use to those concerned with the linkages between ethnographic methodology and the analyses that anthropologists produce, as well as to those entering the field or newly returned. I have already recommended it to a number of graduate students as a significant resource in predicting, understanding, and analyzing fieldwork practice."

"I welcome the way in which emotions are given center stage in this volume, seen as not only worthwhile, but also as potentially important and useful in the creation of knowledge. Issues such as transference and countertransference are not usually taught in methods classes, leaving neophyte fieldworkers sometimes holding incomprehensible and possibly upsetting and disturbing feelings. Thus, sociologists should take note of the book and its message."

"This book is a welcome rediscovery of the importance of emotions as key social and political facts. The perception that emotions are not after-effects but are themselves constitutive of practice is a timely reminder and insight."

"A powerful affirmation of the humanity of the field encounter in all its ambivalence, and a timely call for social scientists to harness the rich potential of a people-centered research enterprise." 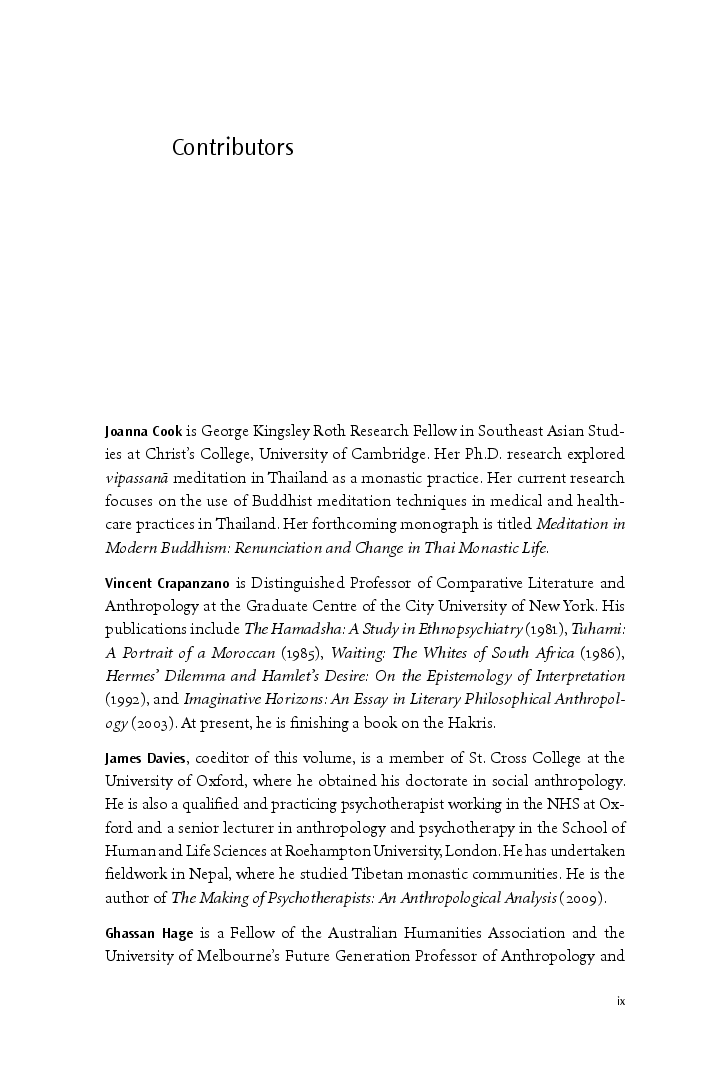 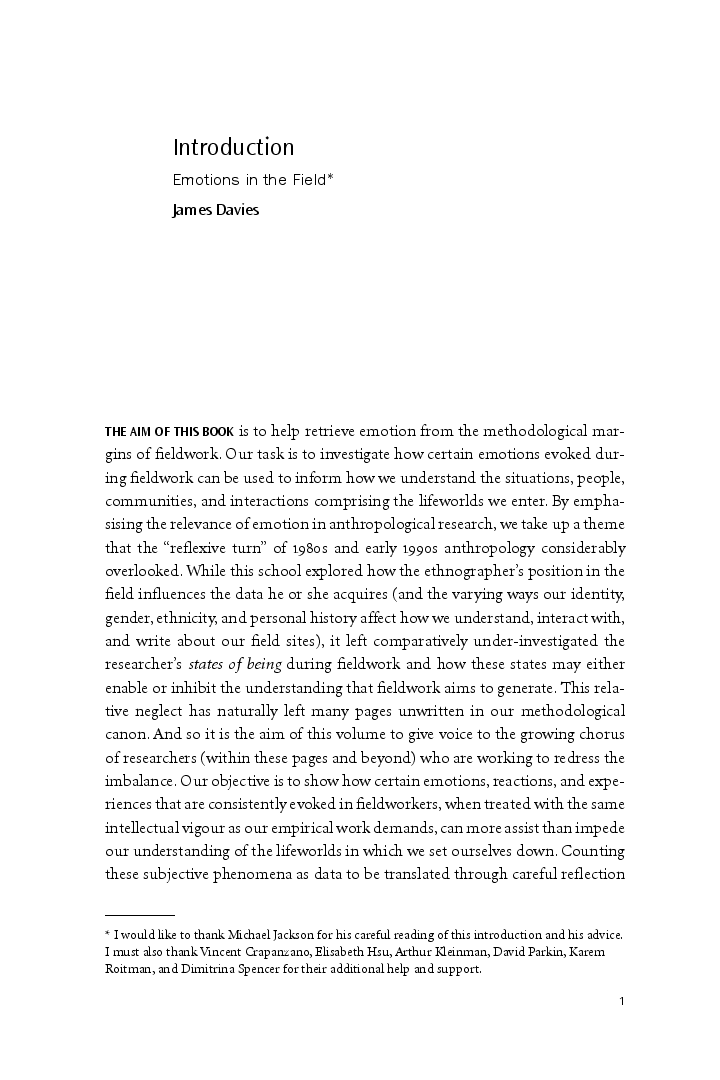 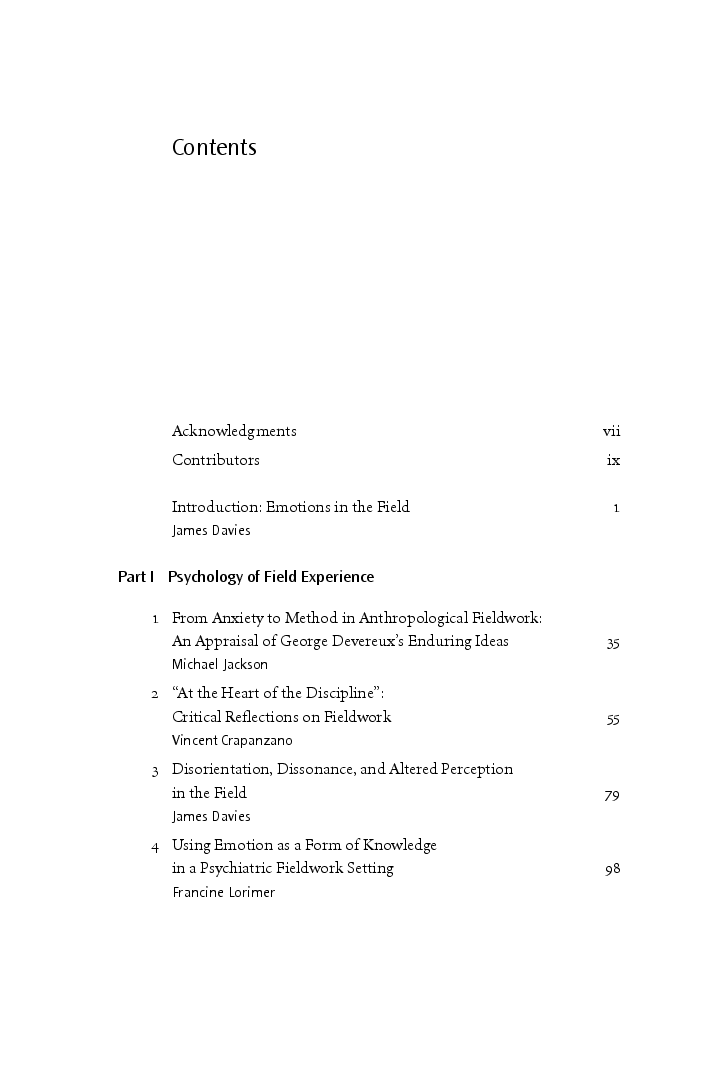