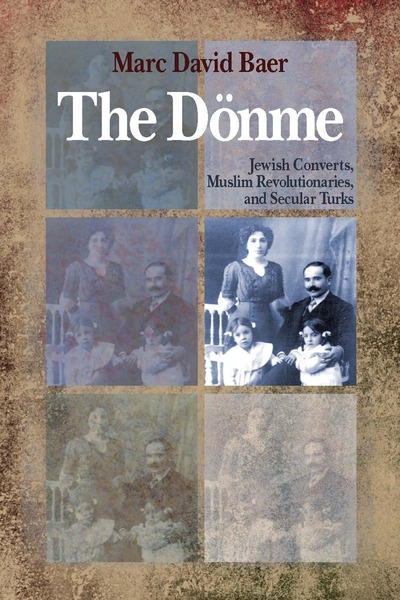 This book tells the story of the Dönme, the descendents of Jews who resided in the Ottoman Empire and converted to Islam along with their messiah, Rabbi Shabbatai Tzevi, in the seventeenth century. For two centuries following their conversion, the Dönme were accepted as Muslims, and by the end of the nineteenth century rose to the top of Salonikan society. The Dönme helped transform Salonika into a cosmopolitan city, promoting the newest innovation in trade and finance, urban reform, and modern education. They eventually became the driving force behind the 1908 revolution that led to the overthrow of the Ottoman sultan and the establishment of a secular republic.

To their proponents, the Dönme are enlightened secularists and Turkish nationalists who fought against the dark forces of superstition and religious obscurantism. To their opponents, they were simply crypto-Jews engaged in a plot to dissolve the Islamic empire. Both points of view assume the Dönme were anti-religious, whether couched as critique or praise.

But it is time that we take these religious people seriously on their own terms. In the Ottoman Empire, the Dönme promoted morality, ethics, spirituality, and a syncretistic religion that reflected their origins at the intersection of Jewish Kabbalah and Islamic Sufism. This is the first book to tell their story, from their origins to their near total dissolution as they became secular Turks in the mid-twentieth century.

Marc David Baer is Associate Professor of History at the University of California, Irvine. His first book, Honored by the Glory of Islam: Conversion and Conquest in Ottoman Europe (2008), won the Albert Hourani Prize from the Middle East Studies Association.

"Marc David Baer vividly describes how this ancient, secret sect of Jews, about which little has been written until now, fit into the Islamic world without being found out."

"The book is clearly written and provides much data and analysis on the cultural, social, economic, and political life of the Dönme . . . This is a major study of a community that contributed greatly to the growth of Salonika and to the emergence of modern Turkey."

"In Baer's hands, the story of the Dönme becomes . . . a rather familiar modern morality play—a story of strangeness annihilated by the pressure of sameness."

"Baer is dealing with an extremely important and sensitive topic. That the followers of Rabbi Shabbattai Tzevi did not really convert, but continued to practice their religion in secret, continues to be a widespread belief in Turkey. This unique book is of great relevance and significance to modern Turkey in understanding the fate of the many communities that were caught in between the transition from empire to nation state in the Middle East."

"At last, an engaging yet non-sensationalized history of the Dönme that places their history in the broader context of the later Ottoman empire and emergent Turkish Republic, showing how this group—so vital to the Empire's many later gains, its transition to a republic, and its 'cosmopolitan' character—ended up largely erased from the historical record."

"Part detective novel, part historical account, Baer's illuminating study wades through centuries of myth, an ingenious array of sources (archival, oral, architectural, literary, and epigraphic), across the boundaries of nations, and through the life and death of the Ottoman empire in order to reconstruct the history of a misunderstood group-the descendents of the sect of Shabbatai Tzevi, the seventeenth century false messiah and Jewish-to-Muslim apostate. More than the history of a single ethno-religious group, this vivid book meditates on how modern boundaries (those that divide Muslim from Jew, Greek from Turk, secular from pious, nationalist from traitor) are constructed, maintained, and mythologized." 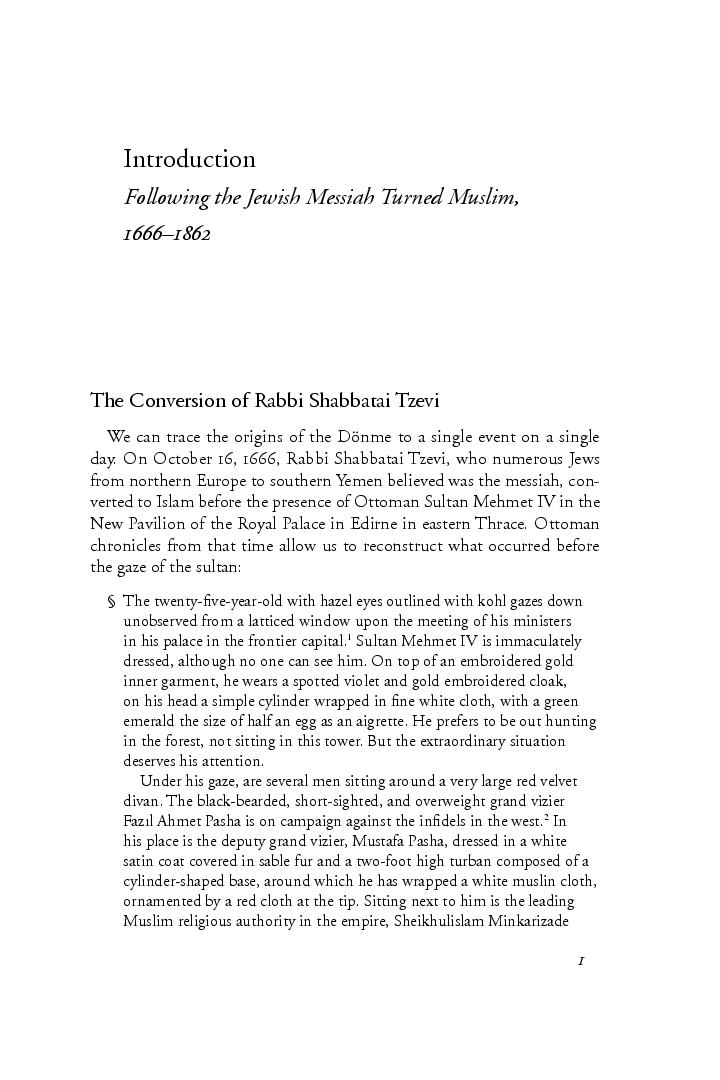 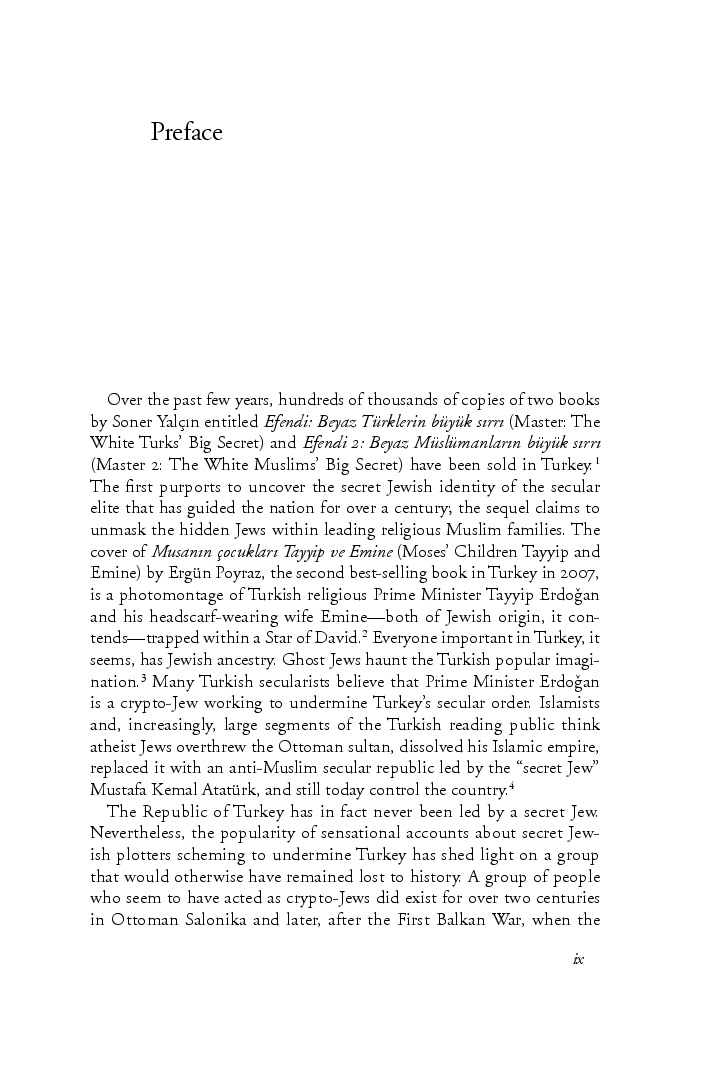 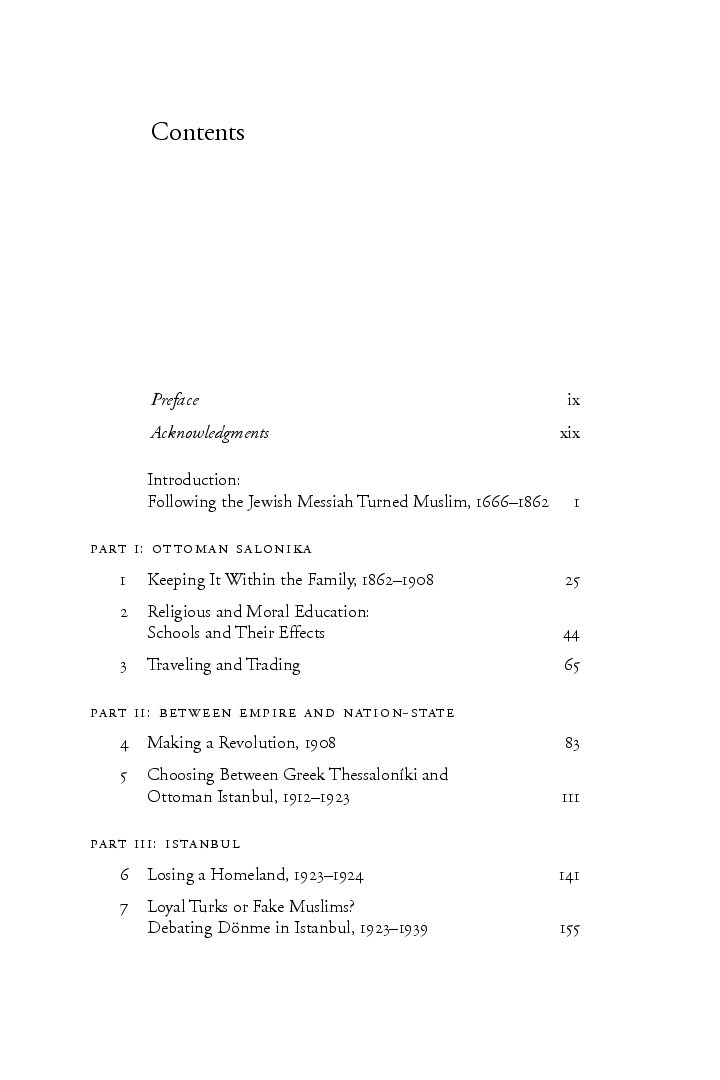