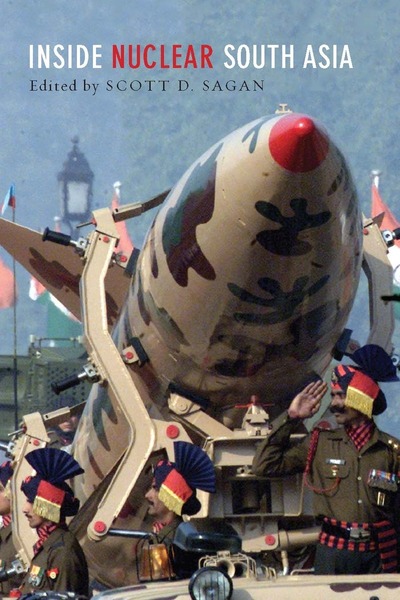 Nuclear-armed adversaries India and Pakistan have fought three wars since their creation as sovereign states in 1947. They went to the brink of a fourth in 2001 following an attack on the Indian parliament, which the Indian government blamed on the Pakistan-backed Lashkar-e-Taiba and Jaish-e-Mohammed terrorist organizations. Despite some attempts at rapprochement in the intervening years, a new standoff between the two countries was precipitated when India accused Lashkar-e-Taiba of being behind the Mumbai attacks late last year.

The relentlessness of the confrontations between these two nations makes Inside Nuclear South Asia a must read for anyone wishing to gain a thorough understanding of the spread of nuclear weapons in South Asia and the potential consequences of nuclear proliferation on the subcontinent.

The book begins with an analysis of the factors that led to India's decision to cross the nuclear threshold in 1998, with Pakistan close behind: factors such as the broad political support for a nuclear weapons program within India's ruling Bharatiya Janata Party (BJP), the intense rivalry between the two countries, the normative and prestige factors that influenced their behaviors, and ultimately the perceived threat to their respective national security.

Scott D. Sagan is Professor of Political Science at Stanford University and Co-Director of Stanford's Center for International Security and Cooperation. He has authored a number of books on nuclear weapons and international security, including Moving Targets: Nuclear Strategy and National Security (1989 and The Limits of Safety: Organizations, Accidents, and Nuclear Weapons (1993).

"Although there have been a number of good books on the consequences of the 1998 nuclear tests in India and Pakistan, this is probably the most multi-dimensional . . . Very well documented, the book is also a model of the case study method for advanced students, showing how multiple approaches among authors yield rich results . . . This book is a very important guide to understanding the events and processes occurring inside nuclear South Asia, and suggests important ways of thinking about other nuclear regions where states are embraced in protracted entanglements."

"Sagan has long dwelled on how strong personalities, domestic politics, accidents, and organizational compulsions and screwups could lead to a breakdown of deterrence. His new edited volume, Inside Nuclear South Asia, provides many cautionary notes. Sagan warns once again that the rational deterrence model presumes unitary actors, whereas India and Pakistan are anything but unitary actors. He also cautions that the role of the Pakistani military on nuclear matters is unlikely to be circumscribed by civilian oversight, insider threats will continue to work against efforts to improve nuclear security, Indian nuclear doctrine is evolving in open-ended and potentially dangerous ways, and new complications will arise if and when the Hindu nationalist Bharatiya Janata Party (BJP) returns to power in India."

"[E]xcellent . . . [The essays] are deeply researched and of uniformly high quality."

"This is an excellent volume that brings together a wide array of perspectives on India and Pakistan's complex nuclear trajectories. The contributors, all prominent scholars of regional security, offer compelling arguments that nuclear weapon decisions in South Asia have been driven by calculations beyond simple security concerns emanating from the military rivalry between the two states. The chapters are succinctly written and they offer new insights as well as interpretations on the nuclear predicament in South Asia." 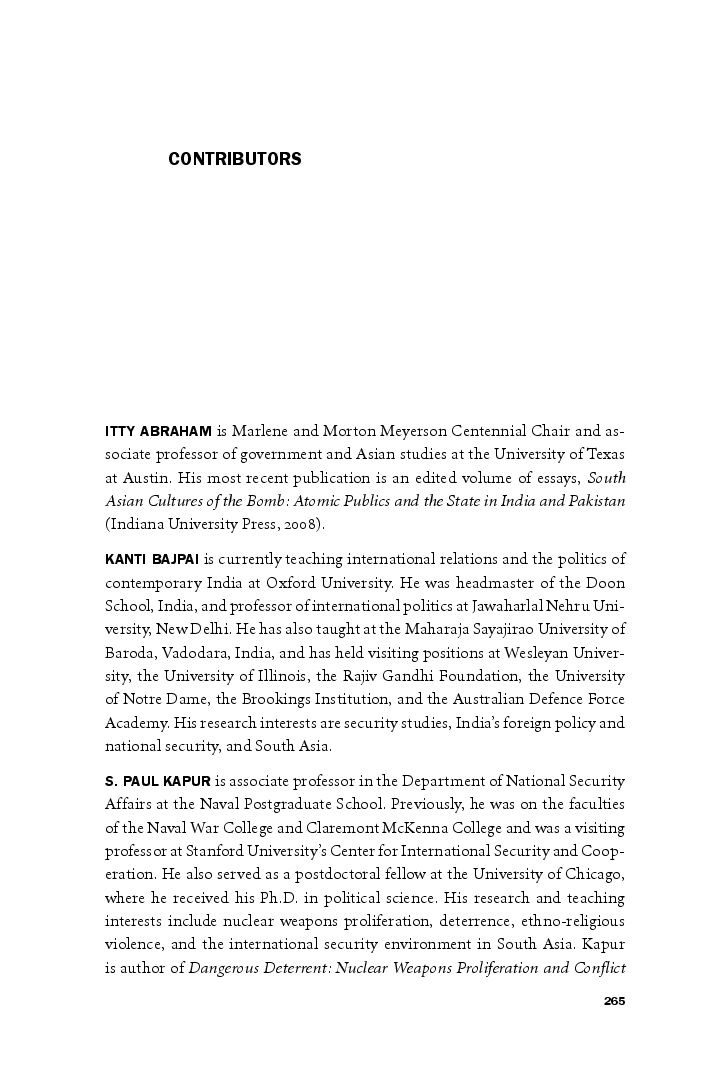 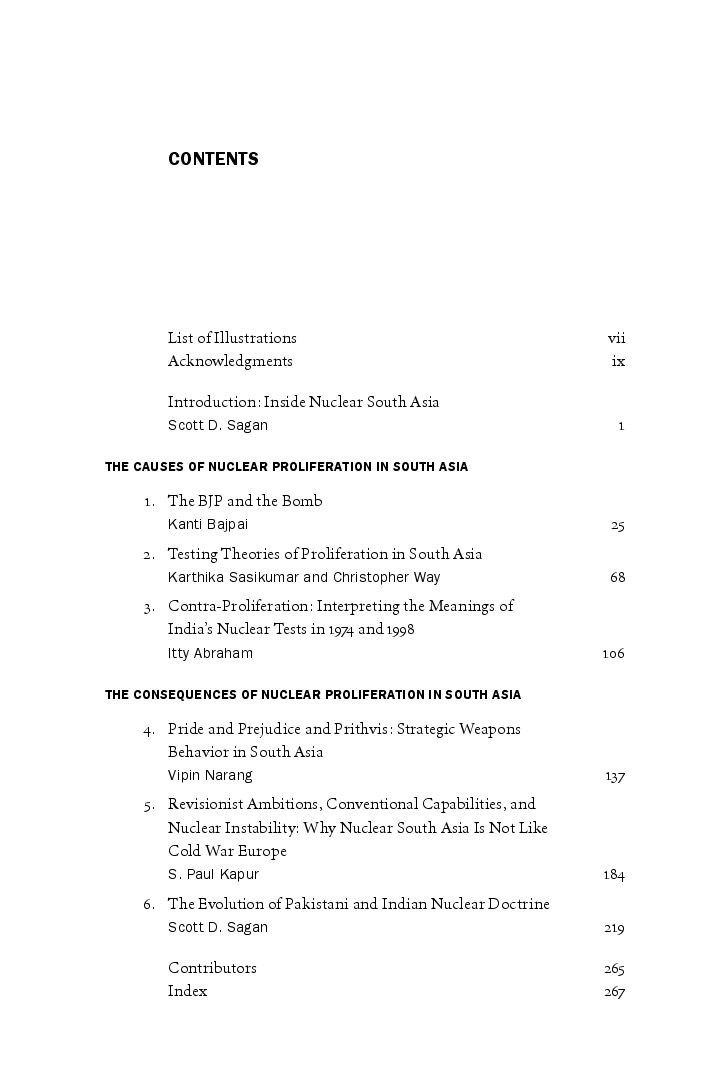