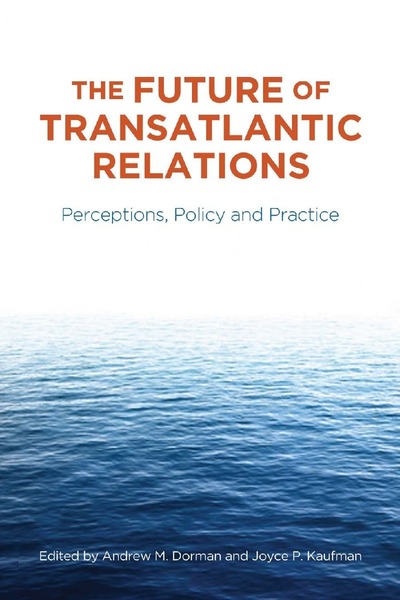 Since the end of the Cold War, and especially following the US decision to invade Iraq, the once strong partnership between the US, Canada, and the European allies has faced the serious possibility of significant change, or even dissolution. At the very least, fundamental differences have emerged in the ways that many of the partners, perceive the issues that are most important to them—from perceptions of the threat of terrorism and attitudes to the use of force, to expectation about the future nature of the NATO Alliance—and in the ways in which those perceptions have become translated into policy decisions.

In this book, experts from both sides of the Atlantic seek to explain why there has been so much divergence in the approach the various countries have taken. And it seeks to raise questions about what those divergent paths might mean for the future of transatlantic relations.

Joyce P. Kaufman is Professor of Political Science and Director of the Whittier Scholars Program at Whittier College.

Andrew Dorman is a Senior Lecturer in the Defence Studies Department of King's College London and at the UK Defence Academy.

"This important and comprehensive book goes beyond the 'usual suspects' discussed in a transatlantic relations volume—to include interesting cases such as Turkey, Ukraine and Georgia. It successfully engages with national security policy and the issue of strategic culture, as well as the implications of transatlantic security trends."

"This book clearly underscores the complex and dynamic environment in which transatlantic relations are being pursued and nurtured by NATO and its many partners. It also highlights that the harmonization of collective efforts (both military and civilian) is the key to maintaining security and stability in the Euro-Atlantic region and beyond. This is a must-read for those who seek to understand, influence, and operationalize the principles of transatlantic cooperation." 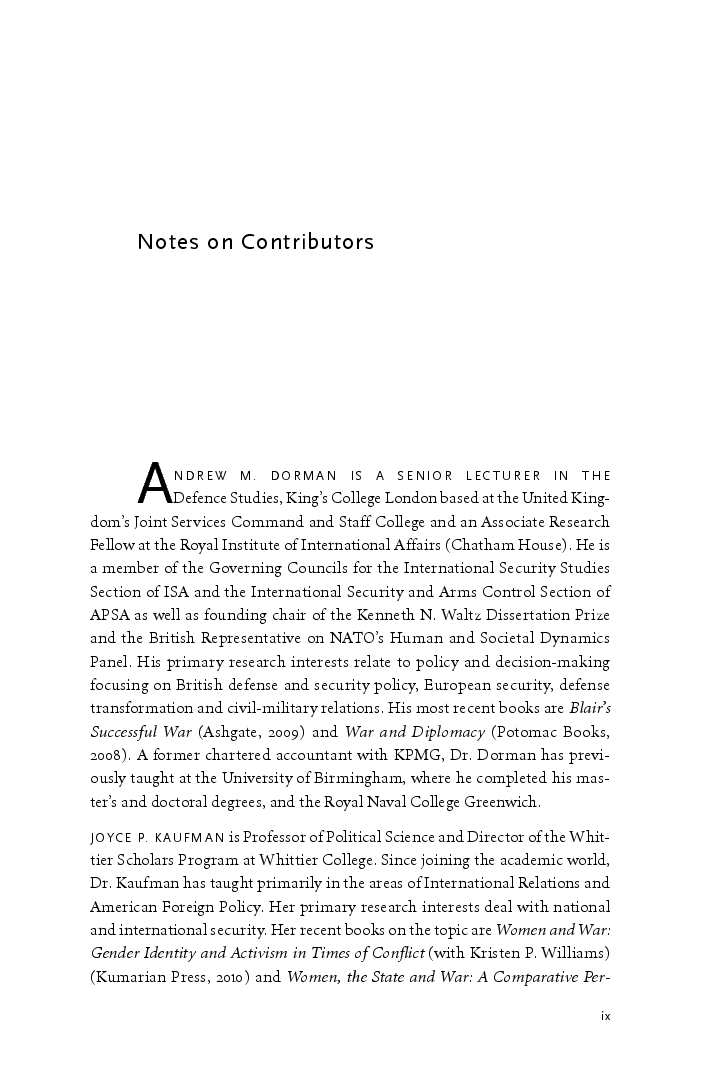 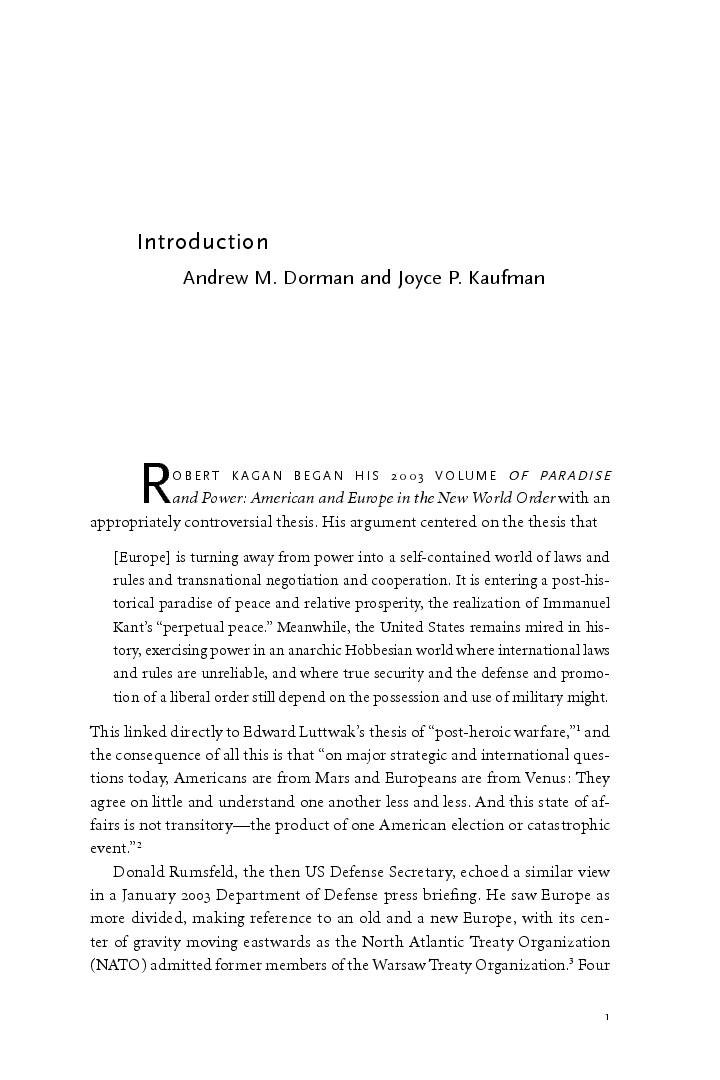 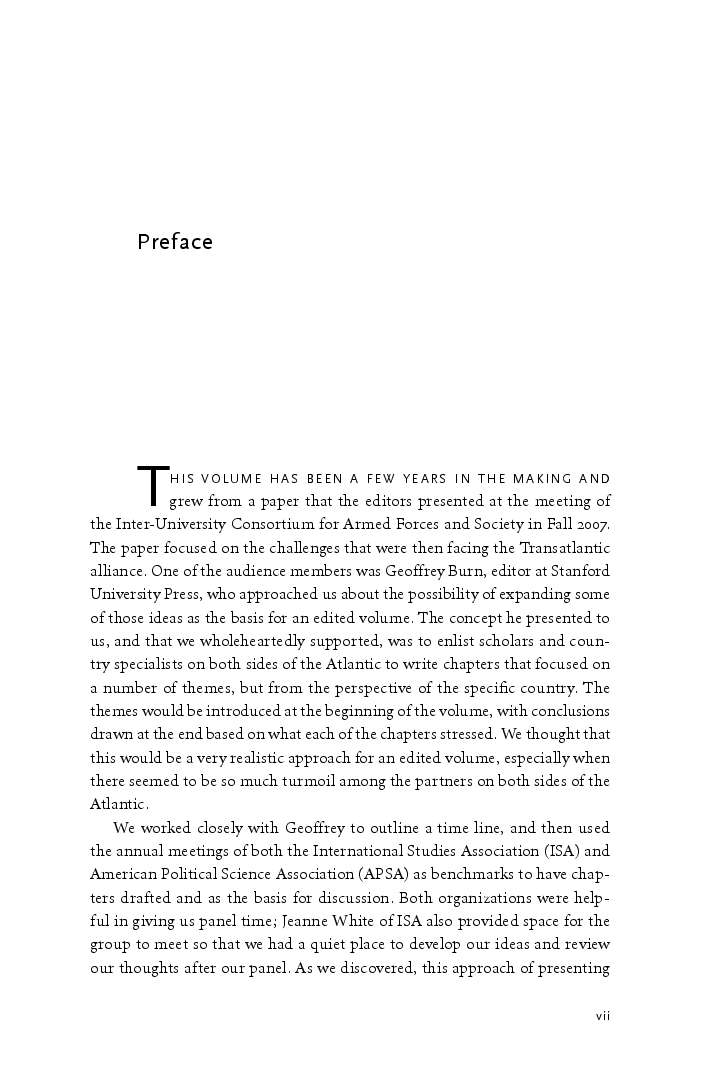 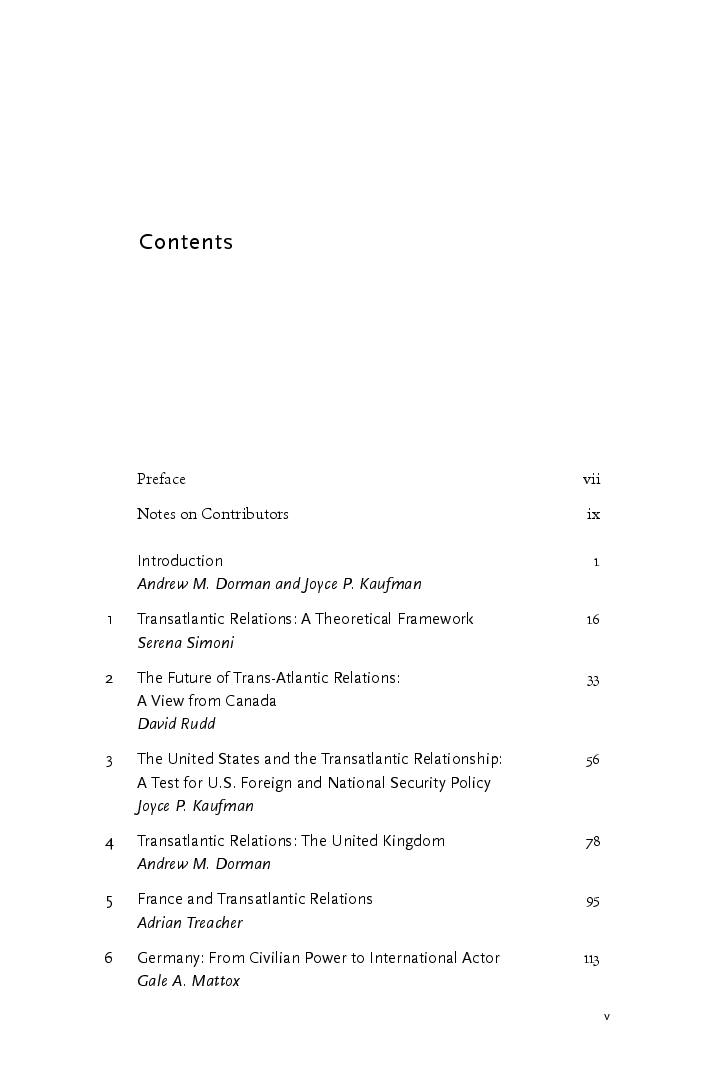